When I add a new user to our on premise Active Directory, I want to assign that account to specific security group such as “Prod Group”, “Developer Group” or “Support Group”.

My goal is to control the user access to specific type of VM environments such that “Support Group” users can only access VMs I categorize as Support they can’t access any Production VMs.

I'm a developer by trait so I'm not very familiar with how to do this, I google many places such as this link to help me and here is what I've done so far: 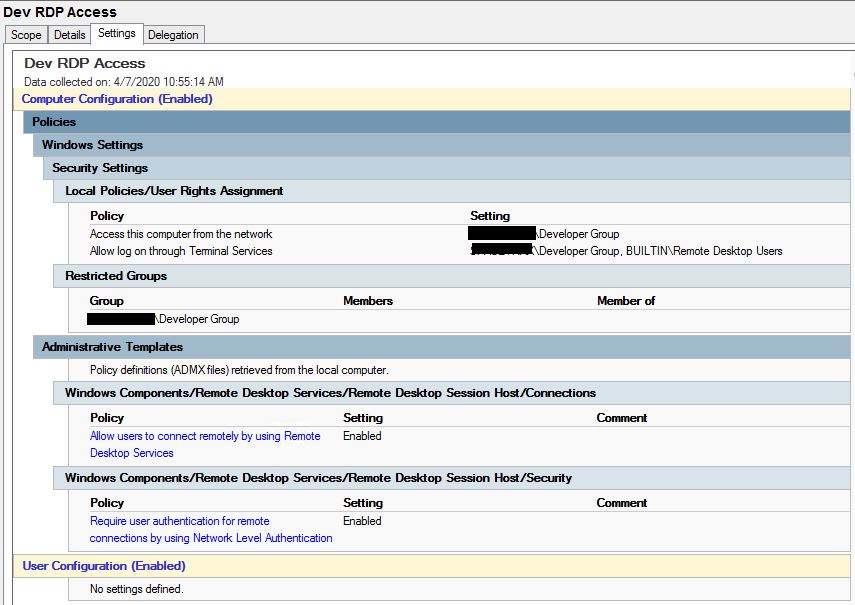 After doing all that, I still can’t seem to RDP into the machine itself due to this error.

Do you see any issues in the steps I posted and if I missed anything? I research a bit more and some suggested:

Is this the step I am missing if so how to do it from Active Directory because if we have to go to each VM to do this then it defeat the purpose of central management which Active Directory tries to solve.

Edit: I think I did this step, pls see below image:

Thanks to Joeqwerty suggestion I was able to get this to work, I would like to put it here so other can find it helpful down the road. This last step is not very clearly laid out on most of the tutorial or resource I came across while researching this issue.

So the idea is after you set everything up like I did, your domain group - mydomain\Develop Group still not really tie to the local machine.

You need to go to the GPO that govern the RDP and do the following:

You should see this in your GPO settings when it completes: 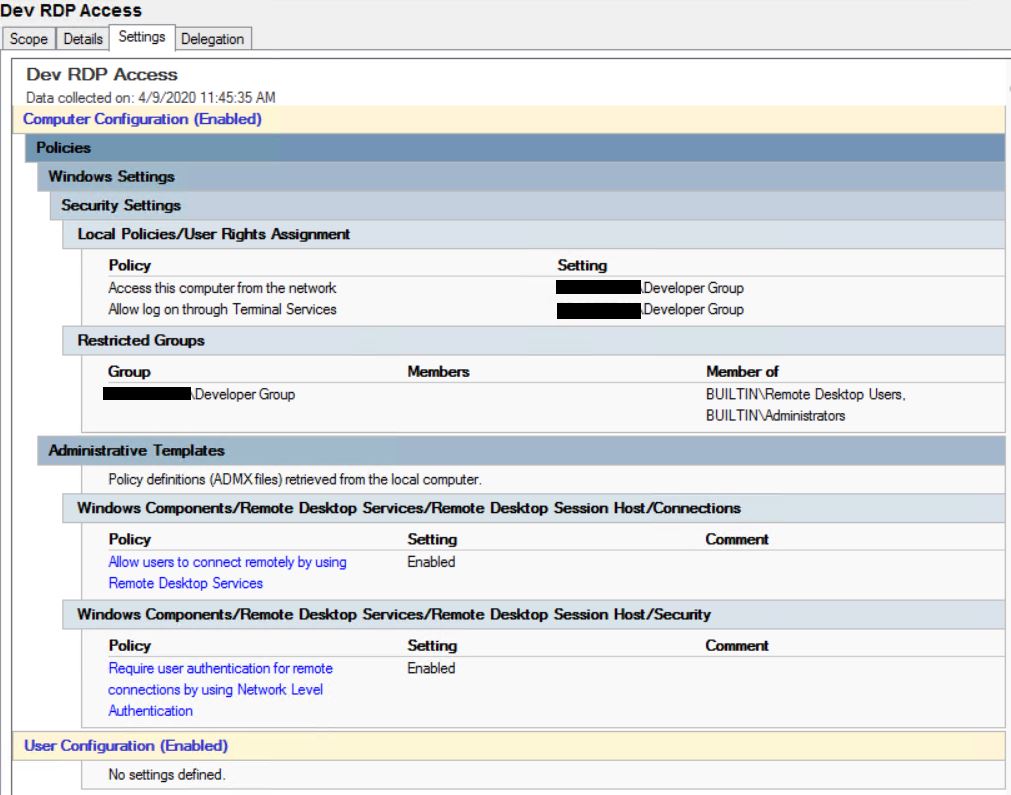 Not the answer you're looking for? Browse other questions tagged active-directory virtual-machines rdp or ask your own question.