I've set up some windows VMs and and a single linux VM on azure and none of them can access the internet.

None of the VMs have a public IP addresses. I can RDP into the windows boxes/ssh into the linux box due to inbound NAT rules on a load balancer.

I've applied Network Security Groups to the NI of each VM (there is no NSG on the VNet itself). These NSGs allow outbound internet traffic. To test this I've used Network Watcher's "IP Flow Verify" test which shows that the traffic isn't being blocked by the NSG rules. I've also used the Network Watcher's "Connectivity Troubleshoot" which shows that the connection form any of the VMs to an internet IP address is "unreachable" but shows no issues as a cause.

I can resolve domain names (using "host" on linux, for example) so I don't believe this to be a DNS issue.

Why can't I access the internet from these VMs? Thanks for looking.

This is the output I see from Network Watcher's "Connection Troubleshoot": 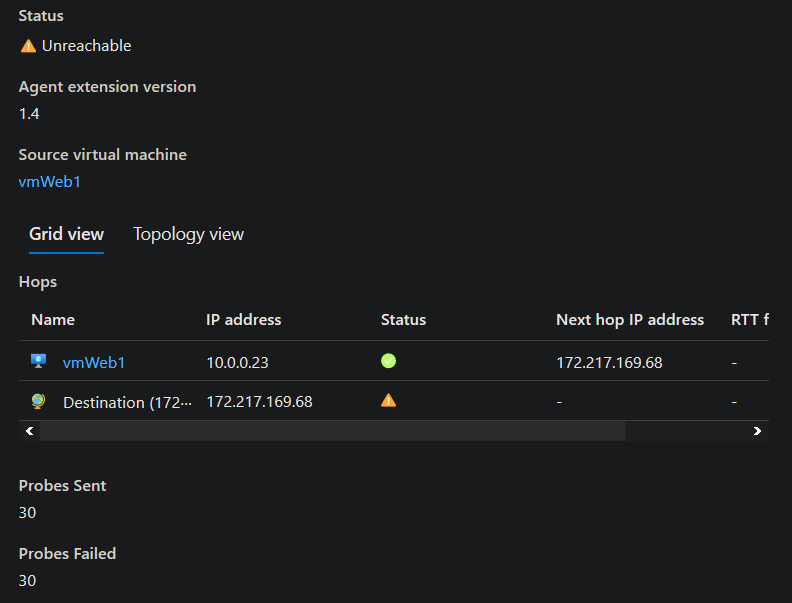 Removing the NSG of the NI on the VM in question doesn't help. I've double checked that I have no NSG on the VM's subnet.

The inbound/outbound rules of the NSG are

The subnet in question has "NAT gateway" set to "none" (and, indeed, cannot be set to anything else). 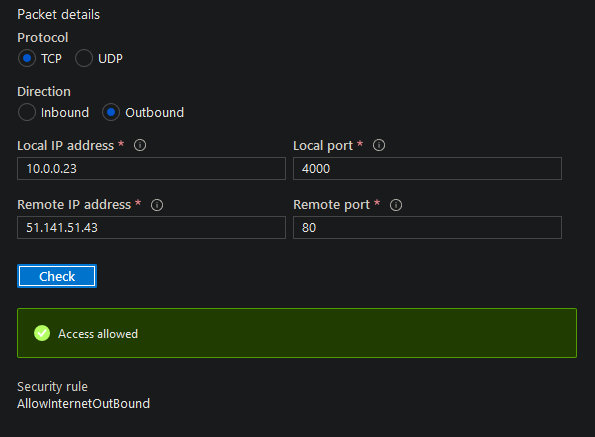 All VM's without a public IP has connectivity to internet, even when you haven't associated a NSG to subnet/NIC. Once you have associated it, you can test through Network Watcher to make sure everything is "green" like images below, please confirm you did these tests like so.

In your case you said "Connection troubleshoot" showed unreachable. You can have a look effective routes of VM's NIC. Make sure default route 0.0.0.0/0 points to internet and there is no wrong route. 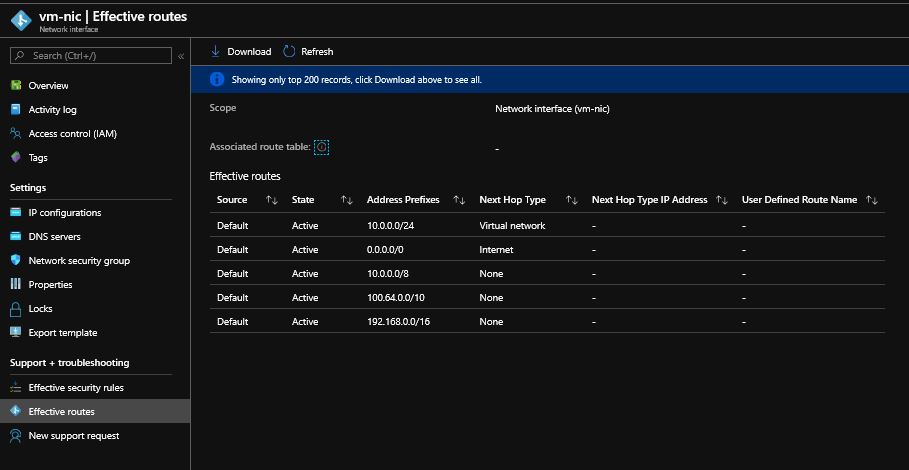 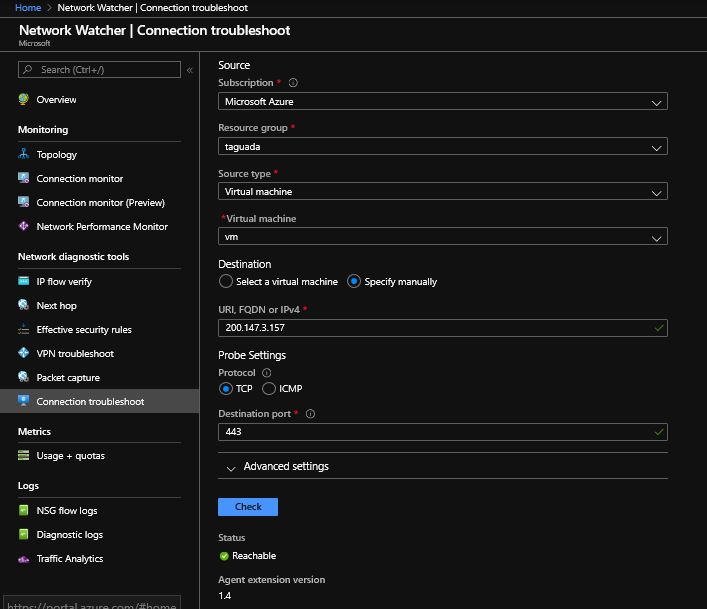 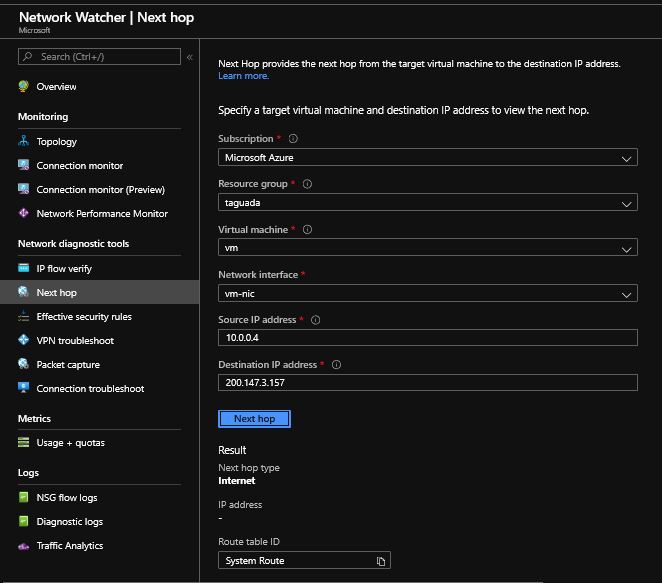 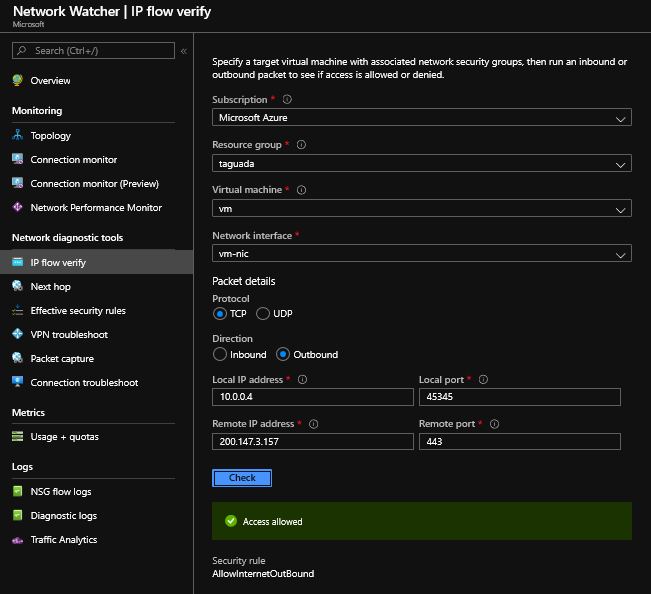 The answer is contained in this LB outbound connection MS doc page.

Outbound connectivity, for vnets with a standard* SKU load balancer does not exist automatically: the VMs requiring outbound access must either be given an external facing IP address, or be put into a backend pool of the load balancer AND the load balancer must have an outbound rule defined for the required outbound traffic on that backend pool (even if the rule merely accepts the default options).

* For a basic SKU load balancer this isn't necessary.

Not the answer you're looking for? Browse other questions tagged azure azure-networking or ask your own question.