I think I miss something during configuration. Ping still shows host is not reachable 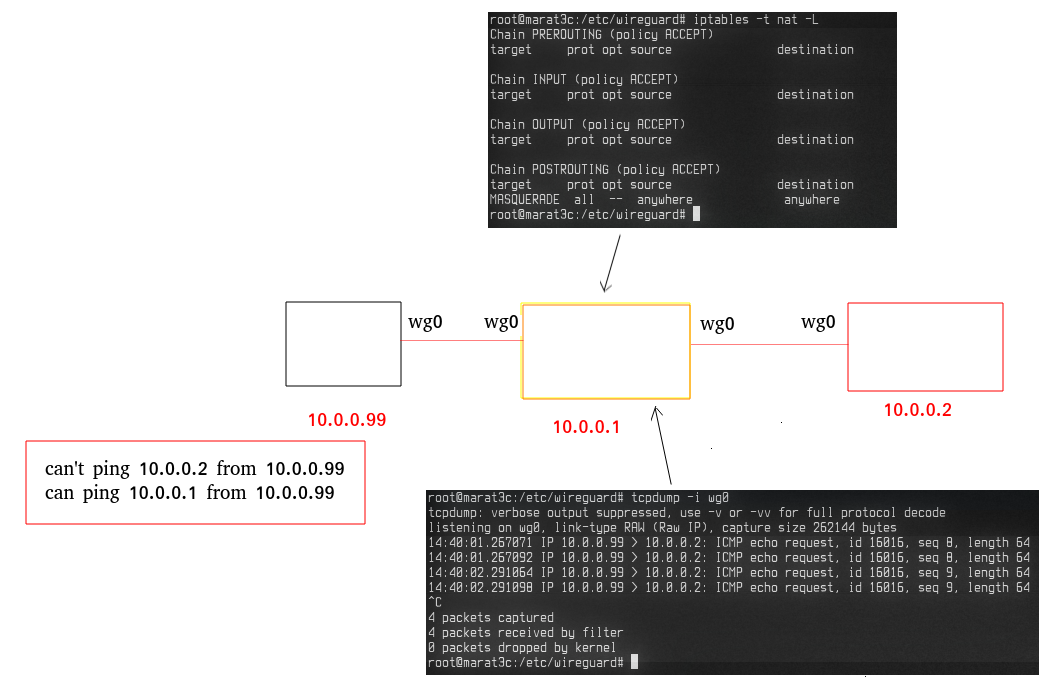 After playing with different AllowedIPs I finally get traffic flow as expected.

The problem is most certainly from the way wireguard's cryptokey routing works:

At the heart of WireGuard is a concept called Cryptokey Routing, which works by associating public keys with a list of tunnel IP addresses that are allowed inside the tunnel.

So if each node has this setting:

If you change the order of the configuration you'll just reverse the problem: you can never have both with allowed ips: 10.0.0.0/24, the other will switch to (none), as explained at the start.

The multi-peer node should use only the IP addresses (often just one) expected to appear on the given peer to avoid this clash. So on marat3c's wg-quick's config use AllowedIPs = 10.0.0.99 for the left peer, and AllowedIPs = 10.0.0.2 for the right peer. You can also correct it "manually" (won't save it) using wg instead of wg-quick with:

Not the answer you're looking for? Browse other questions tagged linux iptables linux-networking or ask your own question.