I have 2 GCP projects with 2 different VPCs:

instance2 has 2 network interfaces to:

Subnets are existing in the right regions and IP Ranges are not overlapping. VPC Peering on the VPC1default to VPC2custom is active and routes have been exported/imported.

Both instances are in regions covered by the regional subnets declared in the VPC peering.

Firewall rules are updated to allow all ports from both VPC IP Ranges. I popped up instance3 in VPC2 to check if it could be firewall or DHCP because of second network interface. Instance3 is configured the same way as instance2, ie 2 subnets, default and custom. I manage to make both instance communicate without issues... but still can't communicate with any of these 2 from the other peered VPC

I tried running a Network intelligence connectivity test, but it seems that packets are going through. However ssh, ping, or any service is timing out.... 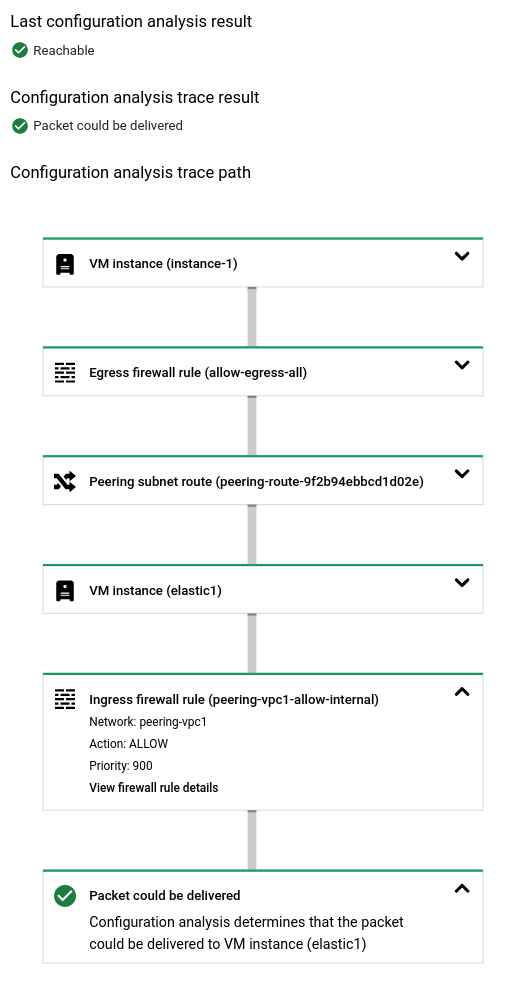 As per the official GCP documentation in order to connect to secondary interfaces internal IP from VPC peered networks you will have to configure routes inside your VM, as DHCP defaults traffic to the primary interface.