I have a site hosted in IIS 10 on a server running Windows Server 2019. I've set up an HTTPS certificate with Let's Encrypt. Attempts to view the site with http:// work normally, but when I enter https://, I get an ERR_CONNECTION_RESET error in Brave (which is based on Chromium). The problem is the same from any client computer I've tried.

On the server, Wireshark shows the request being received, but after four packets, the process concludes with my computer sending an "RST, ACK" to the server. Then it seems to repeat again with four more packets. I don't think the requests are even reaching IIS because they aren't being logged by IIS. 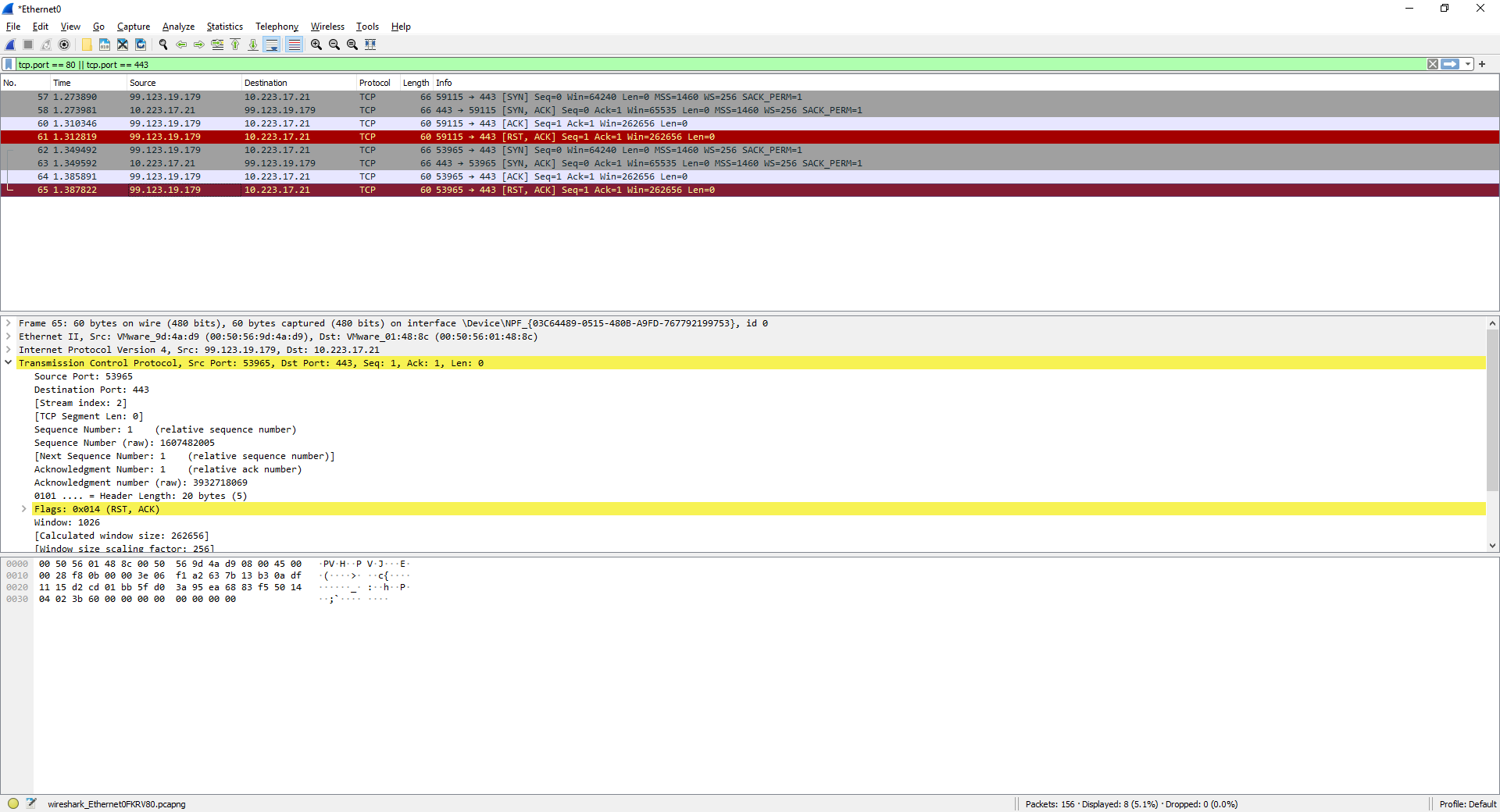 Here is a Wireshark file with the packet information: https://1drv.ms/u/s!AvTC3qfYkjI9oeAytsS_3PrgrA7FXQ?e=XCdtJR

Can someone please suggest a way forward?

I discovered my Web host was not allowing TLS communication over port 443. My host said, "We had an application group called web browsing set in the rule that apparently did not have every TLS protocol in the group that your website was set to support." Windows Firewall is disabled in favor of some separate firewall that is outside my control, and the firewall was not set correctly for port 443.

So if you're having a problem like mine, ensure that TLS is being allowed on port 443.

Not the answer you're looking for? Browse other questions tagged ssl iis https tcp iis-10 or ask your own question.

13
tcp flags in iptables: What's the difference between RST SYN and RST and SYN RST ? When to use ALL?
0
Windows Server 2008 IIS Random disconnect
4
once in a while windows / .net application ignores the tcp fin flag
1
Something redirects from HTTPS to HTTP and it is NOT our IIS server
2
Central Certificate Store Failures and Logging