Issues with Ubuntu not booting on HPE Proliant ML30 Gen9

One of the server machines we use for database backup procedures is having issues and I ran out of ideas. At some point, it froze completely, and so it was forcefully rebooted. After that, the machine couldn't boot into the OS anymore.

The machine was running Ubuntu 18.04.3 LTS on an HPE Proliant ML30 Gen9, and upon closer inspection, I realized the ubuntu boot option was gone.

After some research, I tried tinkering with the UEFI Shell but to no avail, since the OS isn't listed as a File System, but the storage devices are being shown. 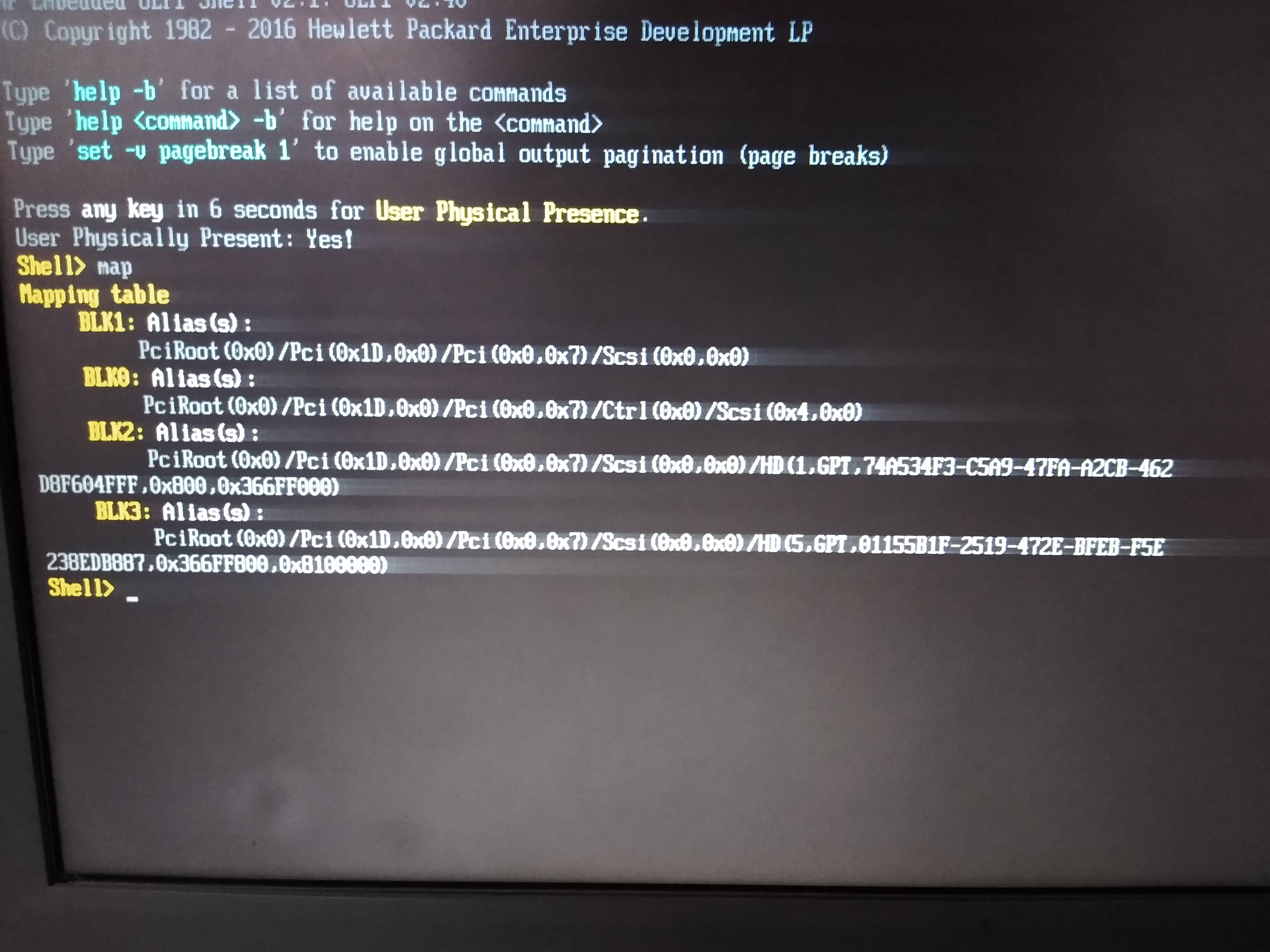 Then I tried running the HPE Embedded Smart Storage Administrator, and I saw for a brief moment the GRUB 2 interface while HPE SSA was loading. After HPE SSA was finished loading, I pressed c and was able to enter GRUB's cli. 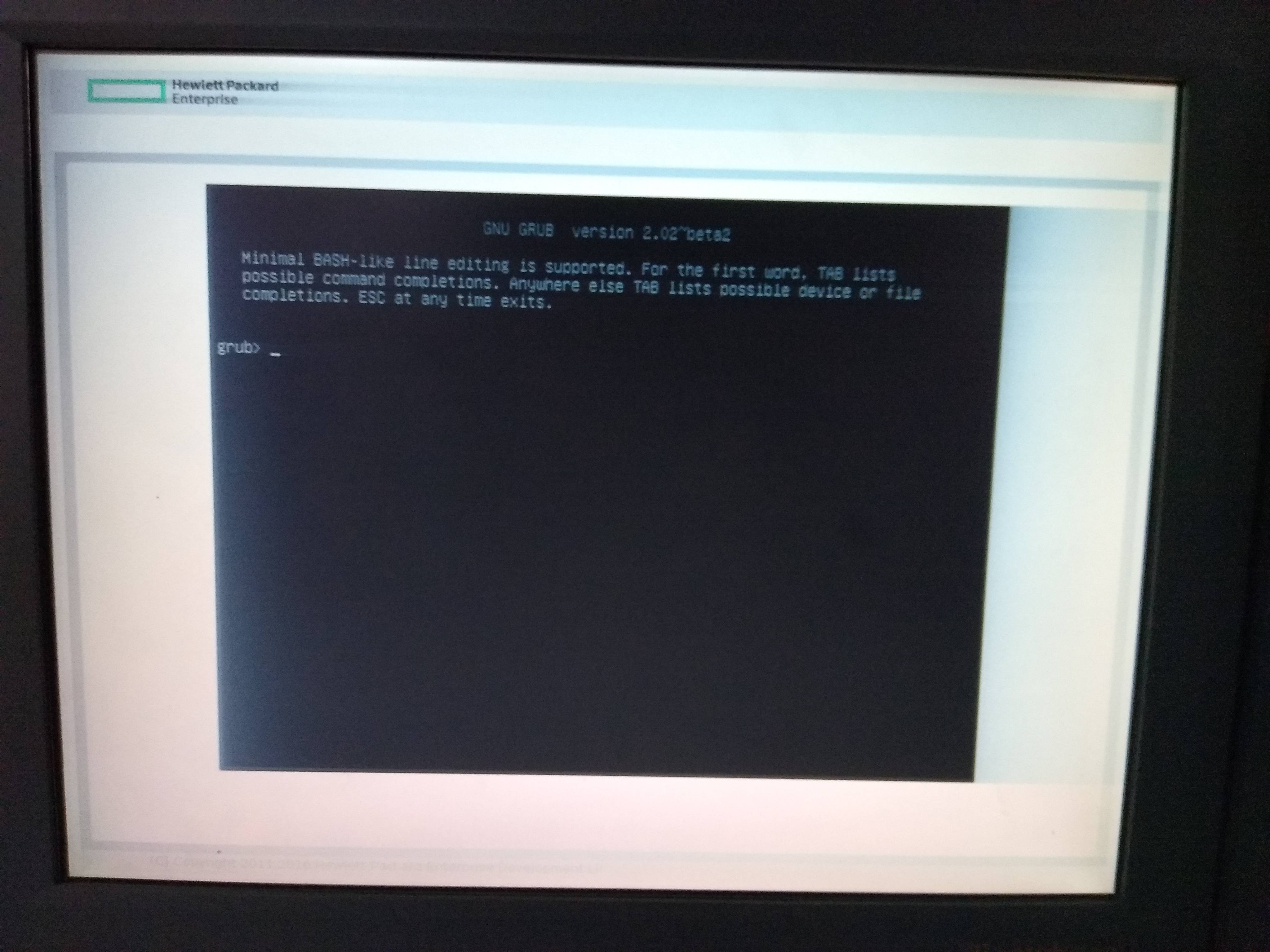 Here I was able to navigate the hard drives and eventually found all the data was OK, there was no data loss, but somehow the bootloader was lost to the UEFI environment. 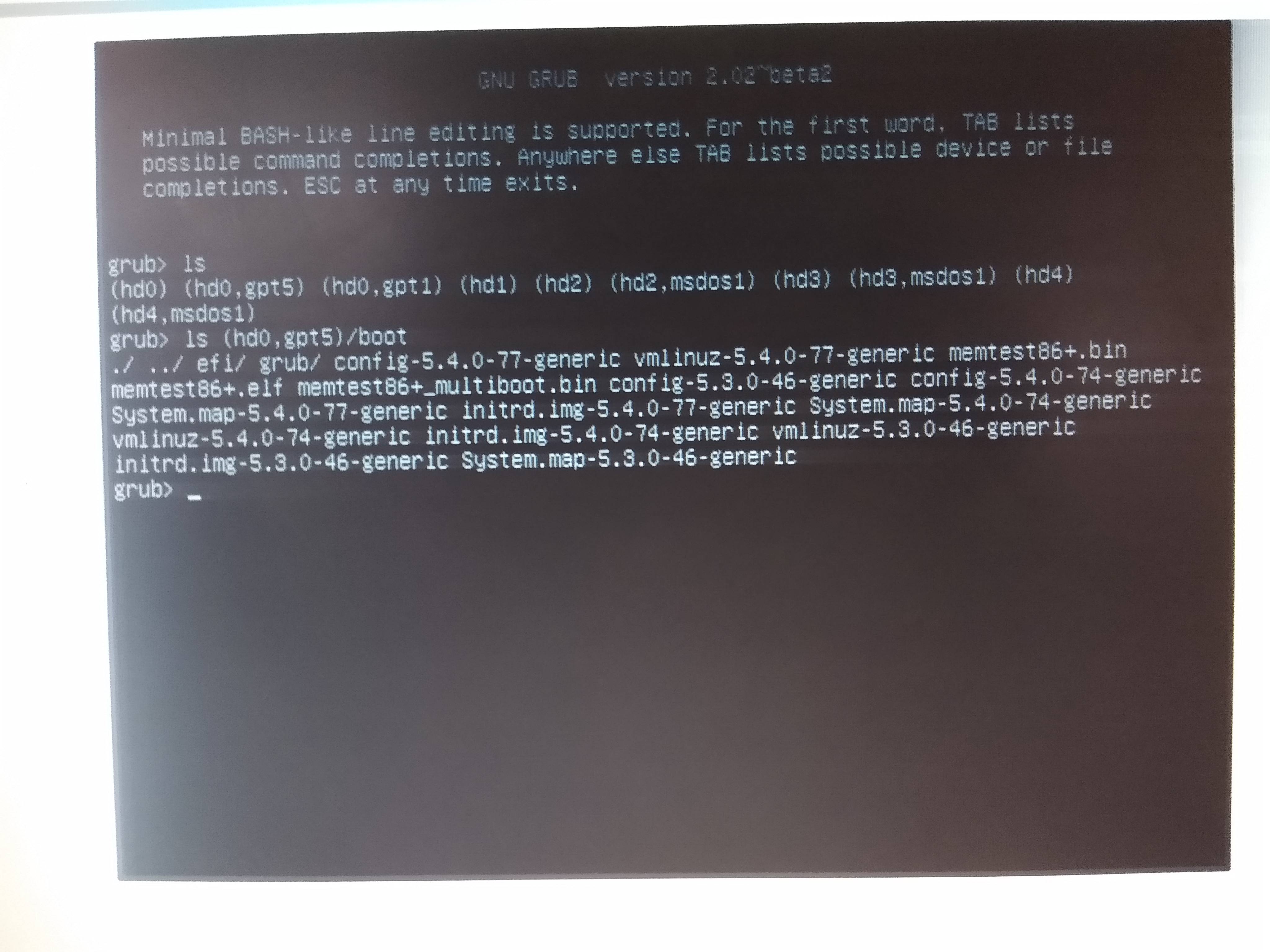 The /boot/efi directory is empty, but the /boot/grub directory has some files and folders.

Then I tried booting Ubuntu, but this was the result: 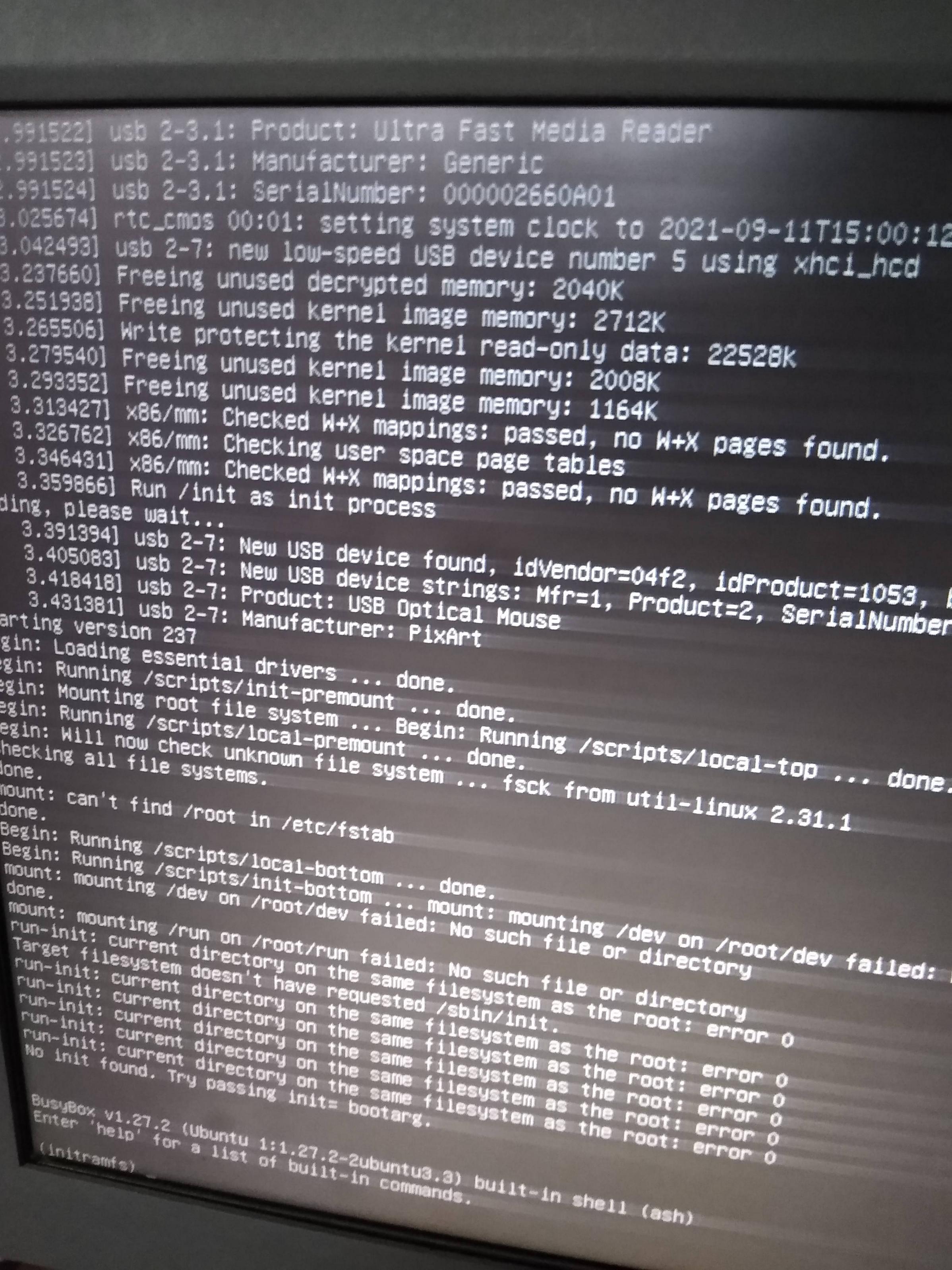 At this point, I ran out of ideas and I couldn't keep searching for an answer because questions became too specific.

I even went back to the UEFI Shell trying to enter the BLK3 device (because it looks like it is that partition) but I couldn't navigate to the /boot folder so I could use the bfcg command.

I don't know what else I can do to restore Ubuntu's bootloader. Any advice or help will be appreciated.

PS: The server used to have a graphical interface. The team uses TeamViewer to monitor the server and check on the backup procedures.

PS4: As a last resort, I could install RHEL using the HPE Embedded Intelligent Provisioning tool.

PS5: This is my first time using HPE Proliant systems.

Edit: (hd2), (hd3), (hd4) and their related partitions were created when I used HPE tools. On reboot, those partitions and their associated file systems would be gone from the UEFI Shell and the Boot options.

Found a way to fix the issue.

Once that was done, I could boot into the GRUB shell and avoid the No bootable devices were detected. Please attach a UEFI bootable device.... Ubuntu was still missing from the list, so I had to do a completely clean install. I erased all the partitions before installing and I was finally able to boot into Ubuntu after the installation was finished.

I tried using Boot-Repair, but to no avail.