We have set up network accounts for our Snow Leopard Users on several Macs, which work great except for applications that use a local Sqlite database for their preferences/cache. The biggest problem being Acrobat reader which launches and crashes immediately giving an Sqlite error.

A local account on the same machine has none of these problems which leads me to believe that it is due to applications storing their Sqlite in the user's profile folder /Users/JDoe which due to our network account setup is really a Samba share smb://server/users/JDoe.

I'm guessing that the Sqlite driver can't properly lock the file over SMB/CIFS hence the issues.

I'm guessing that the Sqlite driver can't properly lock the file over SMB/CIFS hence the issues.

Exactly right although it also plagues AFP and is apparently specific to certain versions of the sqlite library. Adobe are regular offenders when it comes to anything to do with network homes and we've gotten around this with the symlink method (usually the specific preferences directory rather than individual files).

It's a rather messy solution as it's only really a fix for individual users on individual machines. We'd also be keen to know if someone has come up with a more elegant approach.

This may be generally solved for particular user or computer network accounts or groups using Workgroup Manager and the MCX Folder Redirection feature. 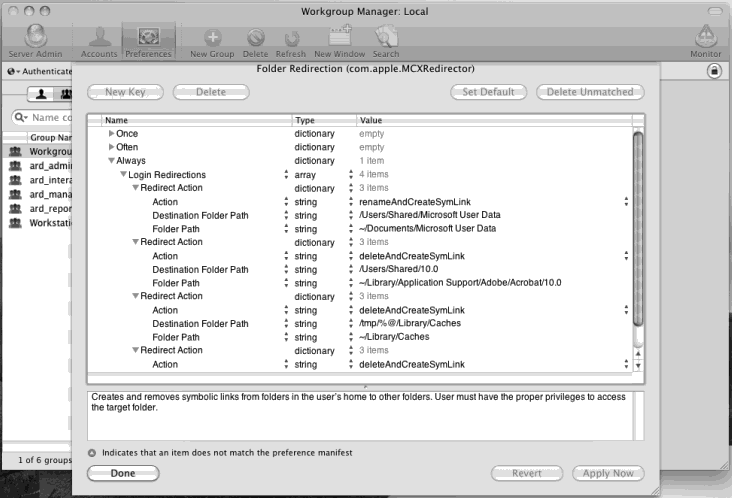 Not the answer you're looking for? Browse other questions tagged mac-osx samba mac-osx-server sqlite adobe-reader or ask your own question.