How to automatically start VM created by virt-manager?

I have created a virtual machine with virt-manager that runs on kvm/qemu. The machine works well when started through virt-manager. However, I would like to be able to start and stop the VM through a script in init.d, so that it comes up and down along with the host. I need to have virt-manager show that the machine is running, and to be able to connect to its console through there.

I'm not sure why virt manager isn't giving you any output. It does have a connection to the machine hosting machine right? It should show a list of domains if it's connected. 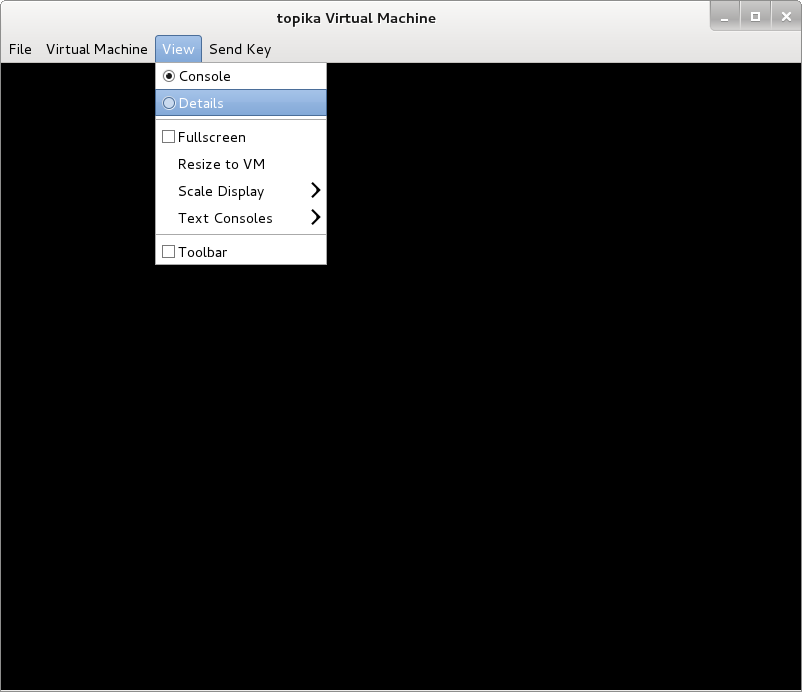 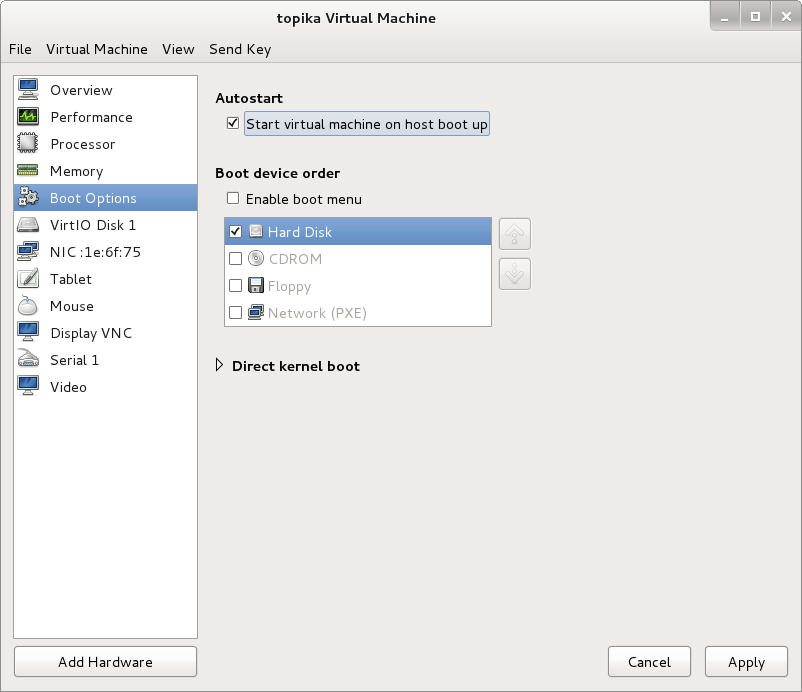 The answer by Tim is the way to go, virsh allows you to do many useful things except that.

To set a virtual machine to be automatically started, you use:

The <domain-id> is either the virtual machine's number, UUID or a "friendly name" like "debian1", which you entered in virt-manager.

To get a list of virtual machines (numbers and names), use:

In my case I get:

You can also place a symlink to the guest domxml in /etc/libvirt/qemu/autostart:

Will look like this for a VM named "test":
test.xml -> /etc/libvirt/qemu/test.xml

You can also use KVM_AutoBoot ( https://github.com/eduardolucioac/kvm_autoboot ) to start one or several virtual machines at server boot using KVM (libvirt). It is also possible to define an interval between the start of a virtual machine and the next one.

8
How do you autostart a KVM VM with virt-manager?
2
How to automatically start virtual Networks using virsh?