Is it safe to delete files in C:\Windows\Installer?

"C:\Windows\Installer" folder found on Windows Vista is taking around 1 GB of space. Can I safely delete it?

windows windows-vista cleanup
Share
Improve this question
edited May 30, 2009 at 20:36

Google is our friend in this:

This folder contains installer information for programs that are installed on your system (presumably via the MSI). Deleting this folder or files from it could cause problems with your installed programs or future uninstallation attempts, so MANUALLY DELETING IT IS NOT RECOMMENDED!

There seems to be one thing you can do:

Using the MSIZAP.exe utility, you can clean the "orphaned" files from the installer folder, by running

to clean the orphaned installer information for all the users. You can do some additional cleaning using the different options of the utility (see the link for a detailed explanation)

EDIT: Since MSIZAP.exe is no longer supported by Microsoft (since June 2010)

The Windows Installer Cleanup utility (MSICUU2.exe) that was previously referred to in this article resolved some installation problems but sometimes caused issues with other programs or components that are installed on the computer. Because of this, the tool has been removed from the Microsoft Download Center.

you can download Windows "Installer CleanUp Utility" package from the here or here. More details on the Wikipedia article.

Don't touch anything in there, unless you know it relates to software which you have uninstalled, perhaps unsuccessfully, in the past.

Strangely, it's difficult to find any definitive information on this folder, but I have had problems on 2 production SQL 2005 servers which failed to apply SP2 because it kept prompting for various .msi files. Comparing with another SQL 2005 box which had no problem applying SP2 revealed that the files were all under C:\Windows\Installer. No amount of repair attempts would solve it and after about 2 month we ended up having to backup the data and reinstall the server.

I have also had similar issue trying up perform in-place upgrades of Backup Exec due to files that were deleted from C:\Windows\Installer.

It seems that my predecessor had advocated removing files under this folder without researching the consequences.

If you would like to free up space, I would suggest moving these to another volume with available space.

You can remove any of the compressed folders under C:\Windows which are named $NtUninstall*$, but NOT $hf_mig$. These compressed files are backup copies of files replaced by Windows Update packages. I generally clean up any folders older than a month, the logic being that if the patch has been installed for a month with no issues, there's pretty much no chance I'll be needing to uninstall it, which is the only reason you would need these files.

On a small Netbook, I deleted all files in this folder, then decided to upgrade Altova's XMLSpy. The upgrade failed since it needed the old installation files. To get around this problem, I had to manually delete the old installation, clean the registry, fix some other things before I could install a newer version. Then it crashed because I had been cleaning a bit too much and I had to install Windows again...

So basically, if you're an experienced IT guy who knows how to fix the registry and file system, it's safe to remove the contents of this folder. For all other 99.9999% of people who use Windows: DON'T even think about this! You may have more space but sooner or later things fall down when you need to update. (Or uninstall. It's funny but I could not uninstall several applications that left their installation files in this folder...)

Apart from the answer... here is a way to fix the root cause.

I had the same problem, but most of the space was due to temporary files (36GB worth) from C:\Windows\Installer. I just ran the Windows "Disk Cleanup" utility, then checked off the files I wanted to delete. 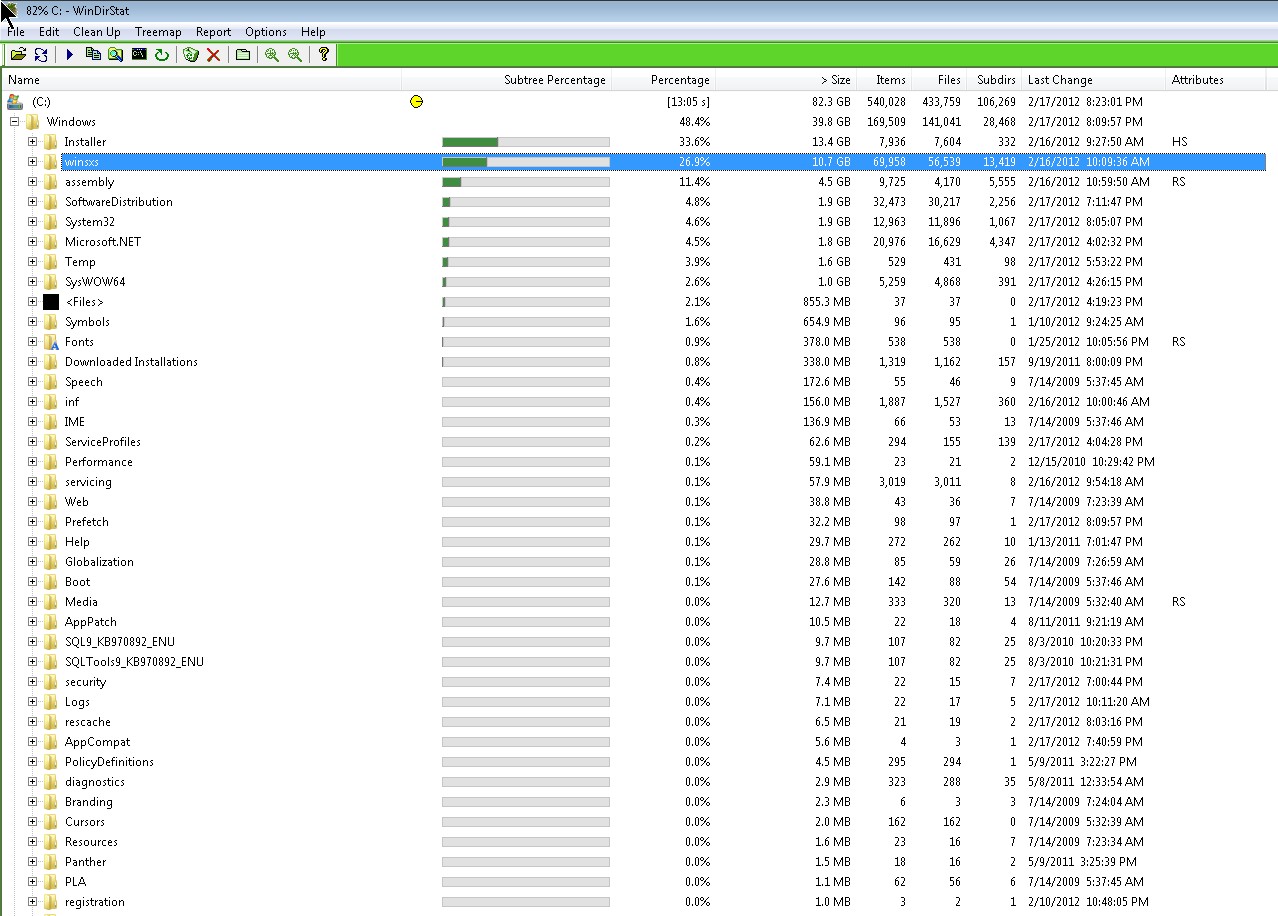 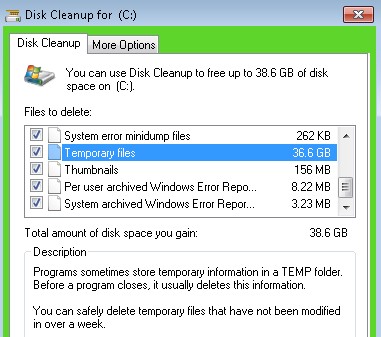 Not the answer you're looking for? Browse other questions tagged windows windows-vista cleanup or ask your own question.