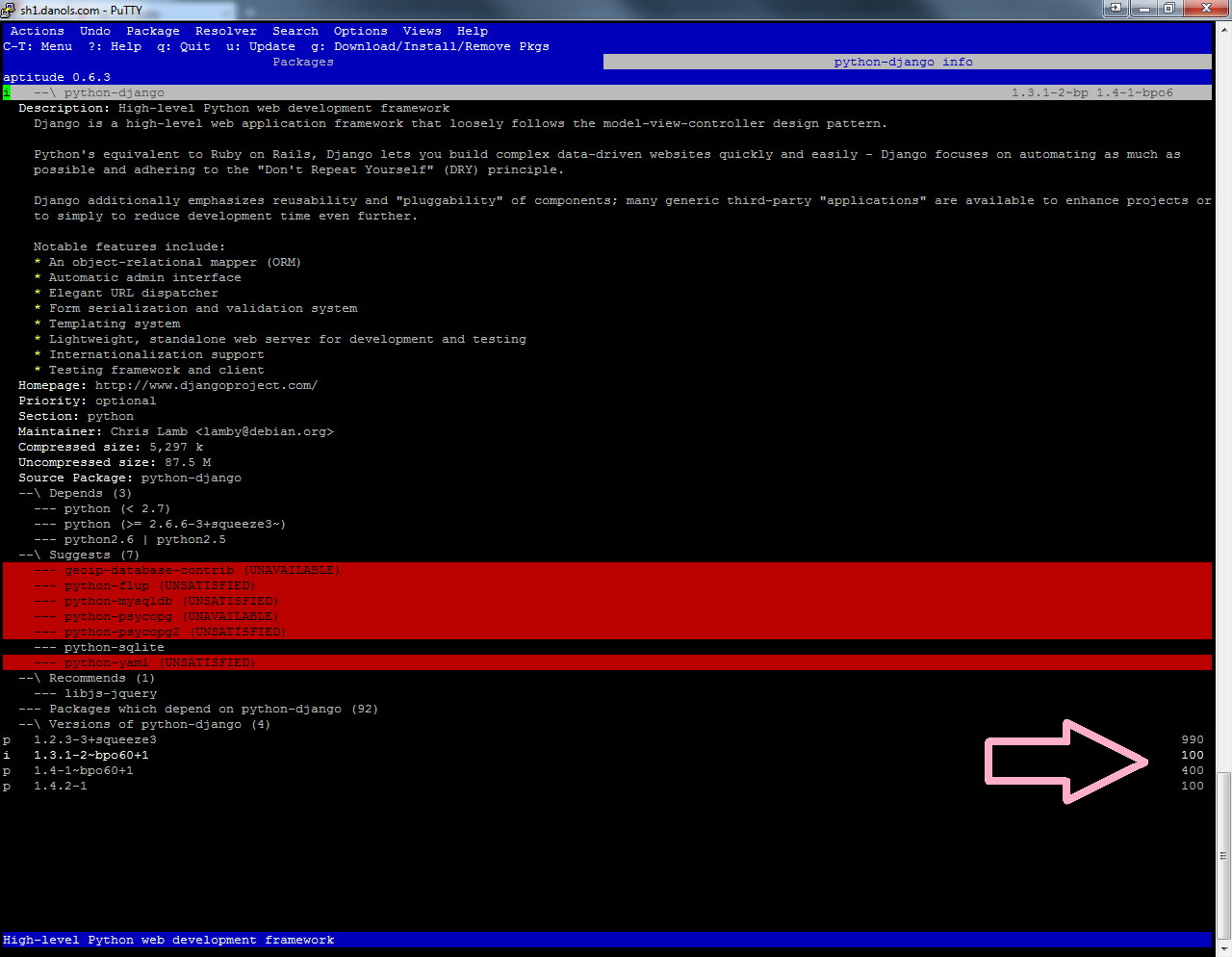 8
How to add debian "testing" repository to apt-get
10
apt-get install -t testing appX VS apt-get install appX/testing
3
How to upgrade a package in Debian 8?
3
Puppet: how to install git package from Debian wheezy-backports?
4
Is it possible to apt-pin two packages.sury.org repositories, which have no unique Label, Component, Origin, etc?
0
why do you need to update a whole operating system to get updated php version? (debian)
1
PHP-FPM for nginx on debian
1
Installing OpenSSL from Debian testing on a Debian stable installation
0
Get Latest OS Variant dictionary definitions for KVM