How can I set up VLANs in a way that won't put me at risk for VLAN hopping?

We're planning to migrate our production network from a VLAN-less configuration to a tagged VLAN (802.1q) configuration. This diagram summarizes the planned configuration: 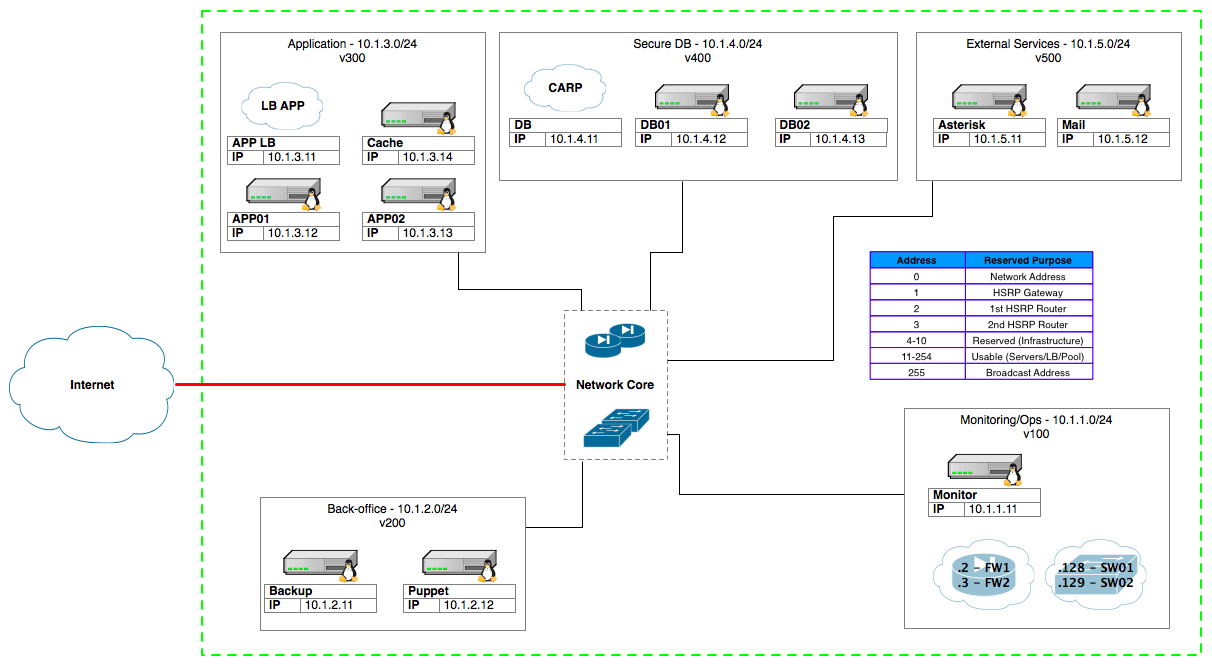 One concern that has been is that this approach is complicated (overcomplicated implied), and that the VLANs are only providing an illusion of security, because "VLAN hopping is easy".

Is this a valid concern, given that multiple VLANs will be used for a single physical switch port due to virtualization? How would I setup my VLANs appropriately to prevent this risk?

Also, I've heard that VMWare ESX has something called "virtual switches". Is this unique to the VMWare hypervisor? If not, is it available with KVM (my planned hypervisor of choice)?. How does that come into play?

In addition to the info on Why do people tell me not to use VLANs for security? here are some more specific & general bits to consider:

General Thoughts on Security
The most secure system is one where each subnet's hosts are connected to a switch having exactly the number of ports that will be used by connected devices. In such a configuration you can't plug random machines into your secure networks, since doing so would require unplugging something (and theoretically your monitoring system would notice that).

VLANs give you something similar in terms of security, breaking your switch up into smaller virtual switches (virtual LANs: VLANs) that are isolated from each other logically, and with proper configuration can appear to all the systems connected to them as if they were physically isolated.

General Thoughts on relatively-secure VLAN Setups
My practice for VLAN-capable switches is that all traffic must be assigned to a VLAN, with the following basic configuration:

Assign all unused ports to an "unused" VLAN.

All ports connecting to a specific computer should be assigned natively to the VLAN that computer should be in. These ports should be in one and only one VLAN (barring certain exceptions that we'll ignore for now).
On these ports all incoming packets (to the switch) are tagged with the native VLAN, and outgoing packets (from the switch) will (a) only originate from the assigned vlan, and (b) be untagged and appear just like any regular ethernet packet.

The only ports that should be "VLAN trunks" (ports in more than one VLAN) are trunk ports -- those carrying traffic between switches, or connecting to a firewall that will split up the VLAN traffic on its own.
On the trunk ports the vlan tags coming in to the switch will be respected, and vlan tags will not be stripped from packets leaving the switch.

The configuration described above means that the only place you can easily inject "VLAN hopping" traffic is on a trunk port (barring a software problem in your switches' VLAN implementation), and much like in the "most secure" scenario this means unplugging something important and causing a monitoring alarm. Similarly if you unplug a host to connect to the VLAN it lives in your monitoring system should notice that host's mysterious disappearance and alert you.
In both of these cases we're talking about an attack involving physical access to the servers -- While it may not be completely impossible to break VLAN isolation it is at a minimum very difficult in an environment set up as described above.

In practice enforcing that separation, in concert with the items I mentioned and what I'm sure others will come up with, will yield a reasonably secure environment.

VLan hopping is easy if and only if rogue devices are allowed to trasmit packets on trunks without vlan tags.

This is most common in the following situation. Your 'normal' traffic is not tagged; you have a 'secure' vlan that is tagged. Since machines on the 'normal' network can transmit packets which are not tag-inspected (most commonly they would be by the access switches) the packet could have a false vlan tag, and thus hop on the vlan.

In short, if you use vlan tagging, then everything must be tagged in the trunks to keep it secure.

From carrying out a fair amount of penetration testing on virtual environments I would add these two items to watch:

Plan your virtual environment exactly as you would a real environment - as any structural or architectural vulnerabilities you introduce in the real world will translate well into the virtual world.

Get your virtual configuration right - 99% of all successful penetration I have managed into VM's or LPAR's has been through misconfiguration or reuse of credentials.

And on a less technical note, also think about segregation of duties. What may have been handled by network teams, server teams etc. may now be one team. Your auditor may find this important!

Not the answer you're looking for? Browse other questions tagged security virtualization vlan or ask your own question.

25
Why do people tell me not to use VLANs for security?