I work strictly with Windows machines only (save for the one small aix unix box that was just replaced). In the past, in an attempt to self-educate in Linux, I have installed various versions of Ubuntu desktop/sever and Fedora only to realize that I dont have the time to teach myself.

The time has come for me to replace a home file/ftp/http server that previously ran Windows. I have all of the files on a separate NTFS drive and will be installing the OS on a smaller drive.

I have downloaded the latest version of Unubtu Server, but havent installed it yet. I want to use this home server as my Linux-starter-kit and start off right, but very simple. Once the install is complete I want to begin by setting up a SIMPLE file server for home use in order to become proficient enough to replace a small file server at work. This will eventually lead to less Microsoft at work.

I am looking for advice on starting out simple: home-file-server to work-file-server over a period of time. Ideally this machine will not have a monitor/keyboard/mouse and will be accessible remotely only.

That's all you need, these tutorials are very easy to follow.

EDIT: Why not to start with a fileserver

Don't start with a fileserver unless you feel comfortable enough to troubleshoot it in case of failure without vast amounts of downtime, you don't want your users to be waiting for a file restore for hours/days just because you set up samba and now have some component failing that you don't know how to fix.

So much for some examples to get started with which won't interrupt your day to work or services.

Linux is not Windows - forget about things like "But in Windows I do it this way" rather search for the "correct" way to do it in Linux. Also try to do as much as possible without "falling back" to X.org. You will want to be able to manage your systems with as few dependencies as possible, X is a huge dependency. Since you were managing an AIX box I guess you know the basics already (Unix permisions and such). Also start as early as possible with stuff like cfengine (Windows + Linux) or puppet (Linux only) and FAI (or the various other deployment tools depending on the distro you choose) to have a management framework in place for more than a single server in case you need it - and you will, *nix based operating systems don't have as much glue ready to use as Windows to manage multiple servers. This makes it a bit more complex (not necessarily more complicated - mind the difference) but gives you also more flexibility

VERY SUBJECTIVE: I'd avoid Ubuntu for servers as I found there package quality to be too low for servers, also Fedora isn't really good for server IMHO as they provide bleeding edge packages, which is nice for desktops or "tech previews" but I'd rather want my servers to run on a stable base.

Ok, first off, I've run an actual Samba server in a production environment for over a year. I can tell you there will be ups and downs to this process and that it is not as straightforward as it would be under Windows Server. The second thing I can tell you is that, as long as you bring Windows baggage with you (expectations on behavior) it will never work as well as you would like.

My setup was a bit different - RHEL 5.1 - but the principle is the same.

First, you'll find that you will really, really need to understand how Samba handles file permissions in a manner that is consistent with your perception of "File Properties -> Security Tab" because it's just not the same. It's really close, but no cigar. Because you are translating between two semantically different filesystems, you will find such oddities as "the Everyone group can't be deleted" and "root owns all my files", that is if you use root as the primary listing in "Take Possession". This is because there is always a world permission (the Other group) and always a user permission (which roughly corresponds to "Owner"), and in Unix-land these can never go away, and if they can't go away, you can't really delete them now, can you? My department teammates couldn't come to grips with this - they just couldn't abandon the Windows baggage that they were used to. So it was always lots and lots of grief about "why can't I delete these" (because of the reason I just gave) and "But if everyone is listed then there's a security hole" (it isn't, the semantics are different), and so forth, and each time, I would have to re-explain this over and over again. File permissions are tricky when you're translating them. Be sure to settle on a schema that makes sense for your deployment.

Second, Winbind is your weakest link. Seriously. RHEL 5.1 comes bundled with 3.0.25 (3.0.28 if you update) and the out-of-box version will collapse due to a bug. When Winbind goes, the file services go with it, because there isn't anything to authenticate against. Something as simple as pressing and holding the refresh key in an Explorer window (press F5) would result in a collapse of the connection, and if done under enough load, collapse of Winbind itself. Updating to 3.0.28 resolved this issue but it does indicate that there are some sore spots in older versions of the software. Short version: stay up to date with the version you are using. Try to get the newest if possible, as several bugs may be fixed. Distro packagers are notorious for being way behind the bugfix curve when it comes to Samba.

Third, the Samba team is hard at work on adding support that will allow existing Windows administration tools to interface directly with the service. You can, for instance, set up scripts that will start and stop local *nix services using the interface for Windows services, just don't use the same service to stop Samba (because you'll cut your connection). Very handy for doing other services on the server. You can also attach via Computer Management and see open sessions, files open, etc. However, not all of the RPC protocol is implemented and some attempts will result in (non-fatal) errors. So be sure you factor this into your systems management perspective and take advantage of it when possible. If you can harness an existing Windows administrative tool to interface with Samba, and you have other staffers in a "Windows" world that need help with the transition, you can soften the blow by re-using those tools, until they are comfortable with a command line.

Forth, I would look hard at the version of Samba you're deploying. Ubuntu is good for a desktop, so-so for a server. It's an ancient African word that means "I can't install Debian". You're really deploying someone else's remix of Debian, and frankly, if you want stable, why not go with the original? 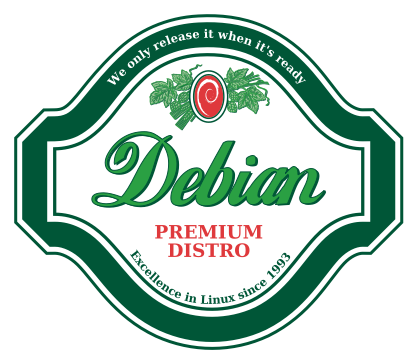 Debian may have software that seems "stale" but in reality, the security team is prompt about backporting security fixes, and the policy of "we don't rev releases because a behavior could change, leading to breakage" sometimes makes better sense, especially if you're going for a long-term setup with stability. If you lean in the other direction and want new features to constantly show up, then a commercial distro like Red Hat or SuSE might be more to your liking. Each update of the software will rev the package higher, fixing bugs, and sometimes bringing unintended consequences with new features. You picks your distro, you picks your poison.

Hopefully this will provide some additional perspective about what lies ahead of you. I can tell you that when set up properly, it will not only run smoothly, but very quickly. Try running some file-based databases (Access, FoxPro, etc.) on a Samba share sometime, and notice how it just screams, especially if you can get two NICs going. Dual NICs can easily be accommodated without "bonding" or other silliness, the clients don't seem to care and the only thing you need to worry about is making sure your switch supports it (which a good quality switch from the last 5 years will anyways). Just put different addresses on each NIC, but when you specify an address to use in Samba, pick only one. Linux (and the switch) will do the rest.

I guess you are going to want to serve files to a Windows machine, so the software you are looking for is called Samba.

Probably the biggest thing that differentiates a "home file server" from a "work file server" is whether or not you have shared IDs between machines.

On a home file server, you may connect with a username and password, and you can access the files.

On a work file server, you have a directory of shared IDs (such as LDAP/Active Directory), and each file is owned by the owner of the person who connects, meaning you can say "only the financial group can access this directory".

Samba supports integration with AD, and the same guide has a section on setting up an AD-integrated file server.

Alternatively, if you want a turn-key solution for acting as a file server (where you run an appliance, without the extensibility of a standard distribution like Ubuntu), I would recommend looking at OpenFiler, a "NAS/SAN in a box" with a web GUI for setting all this up. You give it your Windows domain passwords and join it as simply as you would a Windows box. However, you're not learning Linux, you're learning OpenFiler, which is an abstraction layer (albeit a very nice one).

I am personally using CentOS as a CIFS server. CentOS Linux is a server distribution binary compatible with Redhat enterprise Linux. If you are looking for a stable NAS server, CentOS may be a good choice.

I would recommend using Thinstation or FreeNAS. They both have live CDs that require no installation. FreeNAS is a free NAS that supports nearly everything (including samba), and has a gui front-end which should make the transition easier.

If you decide not to use either of those a good secure standalone FTP server is vsftpd.

Not the answer you're looking for? Browse other questions tagged linux file-server or ask your own question.

12
Are there any reasons NOT to run an Ubuntu server?
8
Linux file server for an inexperienced admin
4
What is a good introduction to Linux for a mature beginner?

21
Copy large file from one Linux server to another
4
Receive email alerts from Linux file server
8
Thoughts on Linux server file system layout
1
File Server Solution for small business
1
Small Business File Server With 5 Remote Offices
3
What is a simple linux based file server with web front end for upload and download to user folders?
2
How can I build a file server that we can incrementally grow, in Linux?
7
Clustered File Server on Windows 2012 With Local Storage