Why do I have 2 of the same devices but different nicknames? Do I need to delete one? What is with this eth0.bak? Thanks for any advice. =) 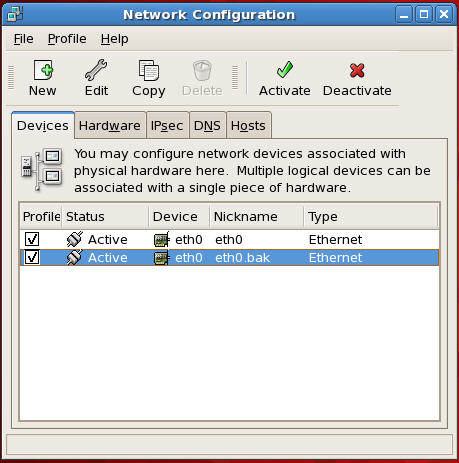 BTW, this is from RHEL virtual machine in case that helps any.

From the request below, here are some more details of my networking setup. I don't see any other indication of a eth0.bak here. Is it safe to just follow dmourati's instructions to bring down this eth0.back? Thanks again. 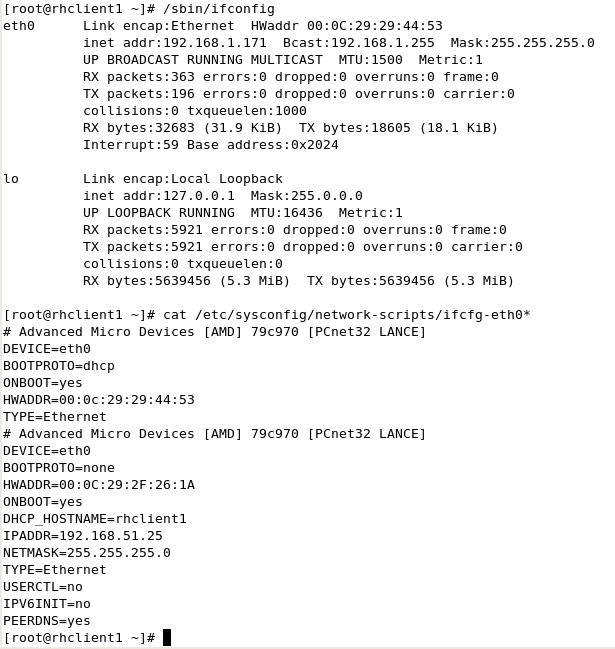 Probably the person modifying that ifcfg-eth0 script didn't release that copying it to ifcfg-eth0.bak would add another config to the interface.

Don't do that until you post the ifconfig and cat outputs above so we can confirm there isn't something else going on.

Someone made a ifcfg-eth0.bak file in

Its probably a backup file

That's a backup file. It happens when you, for example, change the network card (hence, it's MAC ADDRESS).

Red Hat based distros happen to create a .bak file when that happens.

It's safe to delete.

Not the answer you're looking for? Browse other questions tagged linux-networking or ask your own question.