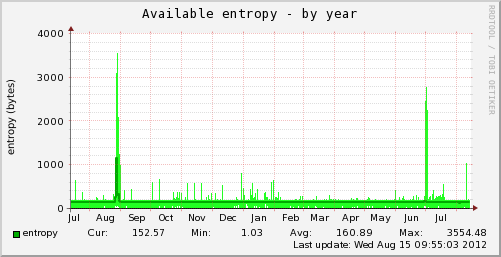 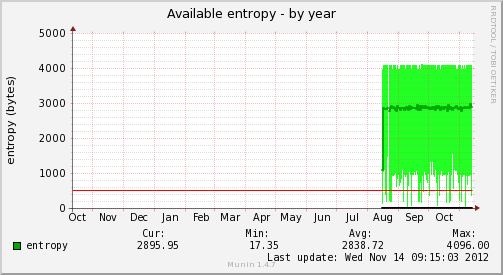 4
RHEL 5 Network Connectivity Issue
1
versions of software with RHEL 5.4
2
Feeding the kernels entropy source from other machines and/or increasing its maximum size
6
Restarting the httpd service in RHEL returns "Stopping httpd: [FAILED]" - How do I fix this?
10
How to tell when an Entropy Key is overloaded?
1
Windows server 2008R2: Monitoring the amount of available entropy
12
How can I detect incidents of entropy depletion?
1
Can SSL/TLS deplete the entropy pool of my server?
0
How to get enough entropy into Docker containers?