There's a user on our exchange who moved a subfolder of his inbox into a subfolder beneath that, and now an infinitely nested folder loop has been created (see screenshot). 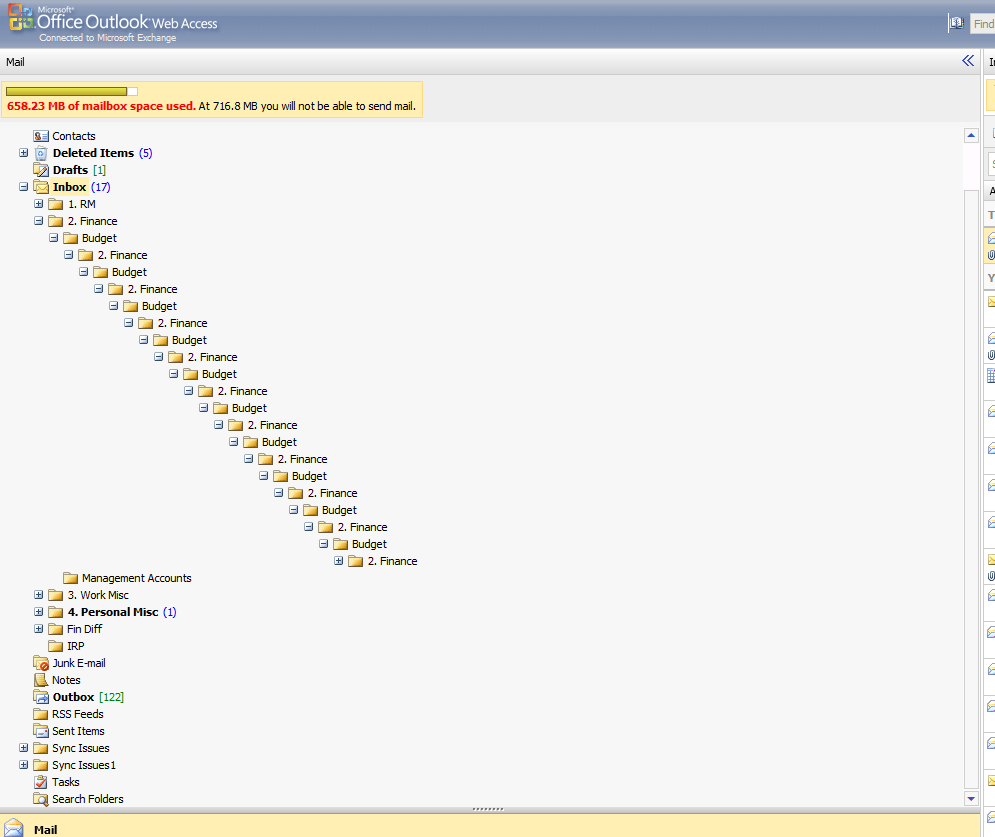 This is prevalent on both Outlook 2007 and on OWA so it appears to be an issue server side, however I can't think what will have caused it let alone how to resolve the issue.

I've tried to create a copy of the folders and then move the copy back to a copy of the original folder structure, however when I've done this, the 2 looping folders are subsequently empty (When originally, they were not).

As this issue is also visible via OWA, the usual local OST fixes etc don't have any effect, and I'm drawing a blank on how this would be resolved and wondered if anyone has seen anything like this before and how to fix it?

The local client is Outlook (Office 2007) running on XPSP3 and the exchange server is running Windows Server 08 and Exchange 2007.

NOT for the faint of heart...use MDB Viewer to delete the folder:

Like I said, not for the faint of heart. Know what you're doing before you totally hose the mailbox.

Not the answer you're looking for? Browse other questions tagged exchange-2007 outlook-2007 outlook-web-app directory or ask your own question.