How to schedule a startup task that recurrs

I'm having a problem creating a scheduled task on Windows Server 2003.

The task needs to run at system start and then every 15 minutes after that, unless it's already running.

I'm hoping I'm just over-thinking it and am missing something simple!

I think you're technically right in thinking that you can't set it to run every 15 minutes after a boot, but why does it matter so much? E.g 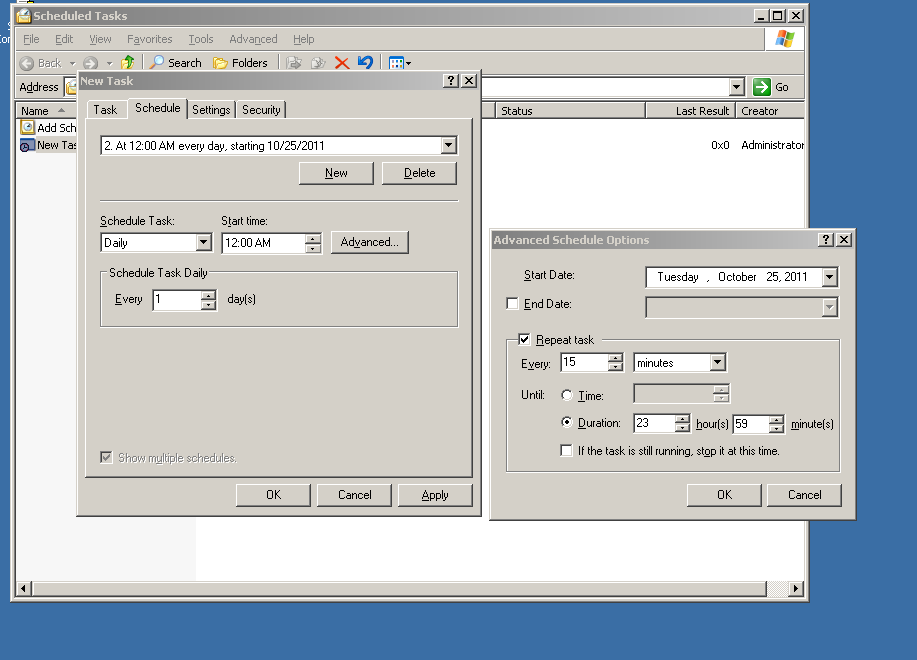 Will run the task every 15 minutes of every day. You can add in a new schedule alongside it to run on startup aswell. Worst case scenario there being that the task may run twice in less than 15 minutes for the first time after boot.

If that really is an issue, then the only alternative way I can think of is to come up with a script which runs at startup which creates the new scheduled tasks. You may be able to use this page as a starting point:

You may be able to skip some of that by just having the bootup scheduled task run the 'real' task for the first time. It will then run every 15 minutes from that point. However, it still doesn't preclude the possibility of running it more than once in 15 minutes.

Not the answer you're looking for? Browse other questions tagged windows-server-2003 scheduled-task or ask your own question.