My VPS crashed and I have no idea why

I have a VPS with Linode right now. I was alerted by my monitoring service that a site I was hosting had gone down. I used Lish, Linode's method of getting direct out-of-band access to the console over an SSH connection but without using SSH, to see any error messages. This is what I saw: 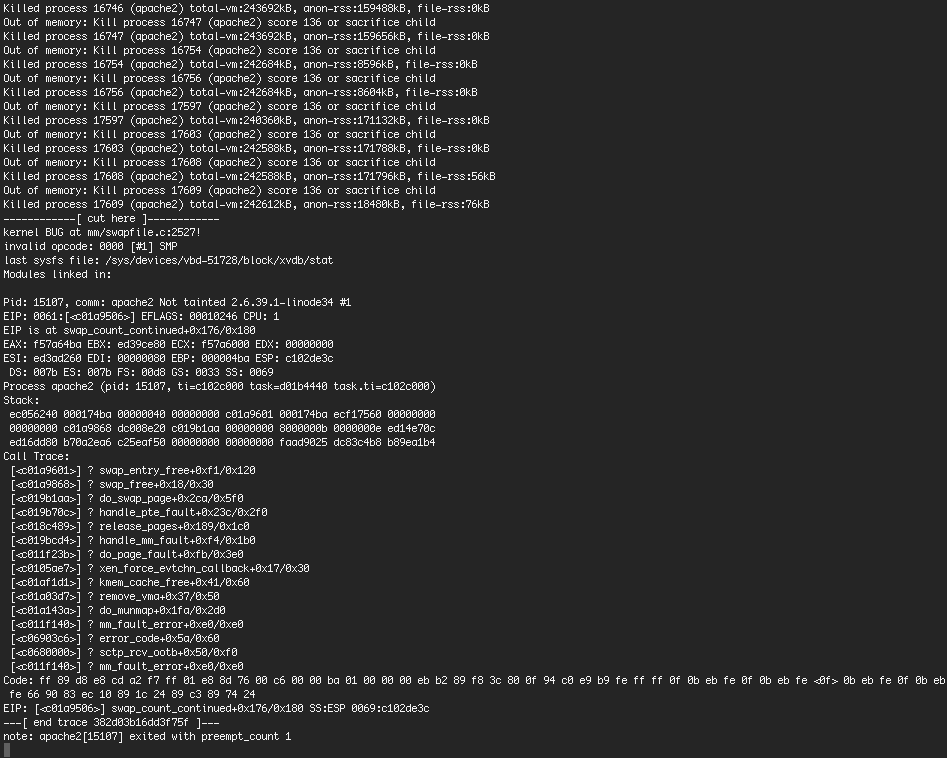 I checked my Munin logs to see if there was a spike in memory usage, and indeed there is a spike at the appropriate time for the swap graph: 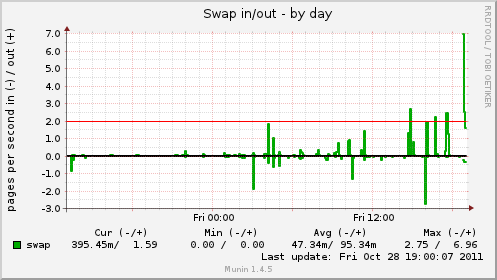 However, there was no spike on the memory graph (although swap does seem to be rising slightly): 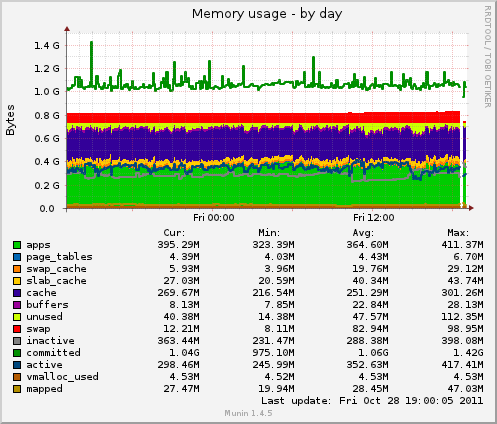 I restarted the server and it has been working fine since. I checked Apache access and error logs and saw nothing suspicious. The last entry in syslog prior to the server restart was an error with the IMAP daemon and does not appear to be related:

I tried checking dmesg but didn't see anything suspicious either. The last few lines:

However, none of the information I found seemed to point to any solution. I am going to upgrade to the latest kernel Linode offers (from 2.6.39.1-linode34 to 3.0.4-linode38).

Is there anything else I can do to diagnose this problem now, or in the future if it should happen again? Is there anything I missed? Does anybody have ideas for what may have triggered this?

Please let me know if there's any other information I can provide. Thanks a ton.

Did you pull the Munin graphs before or after you rebooted the system? If after, the part after the blank section is likely AFTER you rebooted, and is irrelevant. I would guess it's after, because your swap use has dramatically dropped...

In your question you are ignoring the blank section... You say "the graph doesn't show memory usage going up", but what they really show is no data during the time when memory was likely going up. munin is a great tool, but it is terrible at reporting instances like this, because it only reports information every 5 minutes and if the system is busy it may not report anything at all.

Have you done the memory math for the number of instances of Apache you can run? By this I mean do "ps awwlx --sort=rss | grep apache" and look at how much memory each Apache instance is using. For example:

It is that 8th column we're looking at. In this case it is using 6.7MB for each instance, which is actually fairly small. But now I look at how much memory I have:

But actually you have 478MB (second column under "free") at most, minus the amount of currently running Apaches (6.7*6 -- I only had 6 Apache instances running above), leaving around 520MB of RAM (if leaving you with no cache, of course). So the max I can really run is more like 77 instances.

So how many am I actually running?

Ah, Apache isn't limiting me to less memory than I have. So, if more than 77 clients connect to my web server at once, I'm likely to start thrashing.

I see this quite frequently: "I need to be able to handle 500 simultaneous web connections." But then you look at their Apache instances and they are using 60MB (not an uncommonly large size), but then they freak out when you say they need to upgrade their VPS to 32BG of RAM. :-)

The problem was related to the bug in Xen (mentioned in the question). Updating to the latest version of the kernel (3.0.4-linode38) solved the issues (the server was repeatedly crashing until I changed the kernel version). The problems appear to have been caused not due to lack of memory but instead mismanagement of memory by the kernel (or some bug in Xen).

Not the answer you're looking for? Browse other questions tagged linux vps xen linode or ask your own question.