Based on vSphere 5 Documentation Center it seems to me that only Windows platform is supported.

It would be great not to run Windows in VirtualBox to manage our virtual machines.

The Vsphere web client only requires Flash in Linux browsers.

Note that in Vsphere 5.0, its functionality is still not 100% to that of the desktop client, but in Vsphere 5.1 it is greatly improved.

To login to the web client use this link: 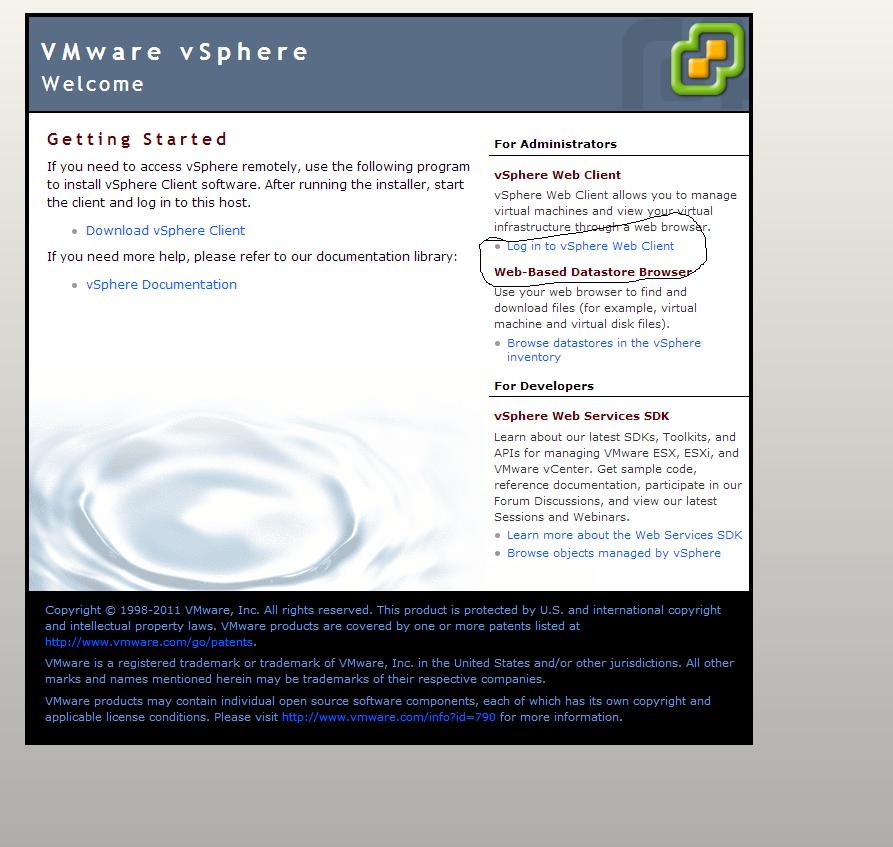 According to this blog post on The Sysadmins, there is a Linux version of the VMRC plugin for Firefox required to access the remote console using vSphere Web Client on vSphere 5. Even without that plugin, you can still use the vSphere Web Client, although you will not be able to access the remote console, although you may still perform power actions etc.

The chapter in the documentation you referred to is part of the installation process of installing the "server-side" vSphere Web client on vCenter Server on a Windows server, it's not talking about installing the VMRC console plugin itself.

But you can install the full Google Chrome which has a working and up-to-date version of Flash. From this answer: how-to-install-google-chrome-on-ubuntu-14-04.
With Chrome you will be able to open the web client (at least I am).

If you want the 64bit version just replace i386 with amd64

If you encounter any errors simply use

You can upgrade to 5.1 for free, where functionality has moved to web based client.

Not the answer you're looking for? Browse other questions tagged vmware-esxi vmware-esx or ask your own question.

3
Why can't I resize some virtual thick disks in VMWhare vSphere Client
2
How can I automatically create/control VMs using vsphere?
1
Web client in vSphere hypervisor (free ESXi) 5.0.0 missing
5
How does VMware vCenter Server work and what are the benefits over vsphere client
2
Thin-Client to connect and use virtual-machines on a server
18
vSphere - Why upgrade VM Hardware Version?
8
Is it possible to deploy VMware vSphere 5.5 without Windows?
11
kvm to vmware migration - lvm based guest + multipathing