(*) The cache is APC opcode cache for PHP, which reduces disk access for PHP script execution. Cache was full and fragmented because it included files from development instance. When I noticed that, I filtered them out.

The question is: why disk I/O increases when theorically it should decrease? Below are some graphs from munin. Cache was full from Feb 6 to 8. 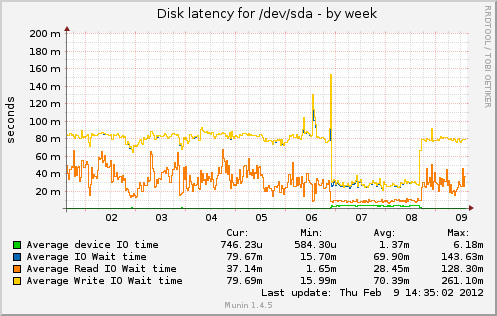 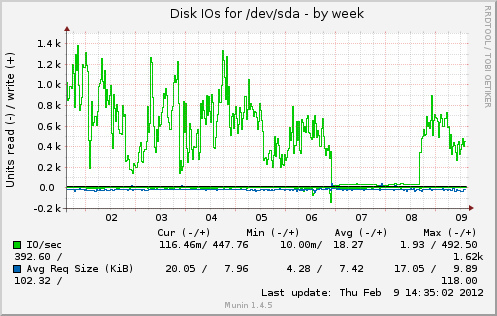 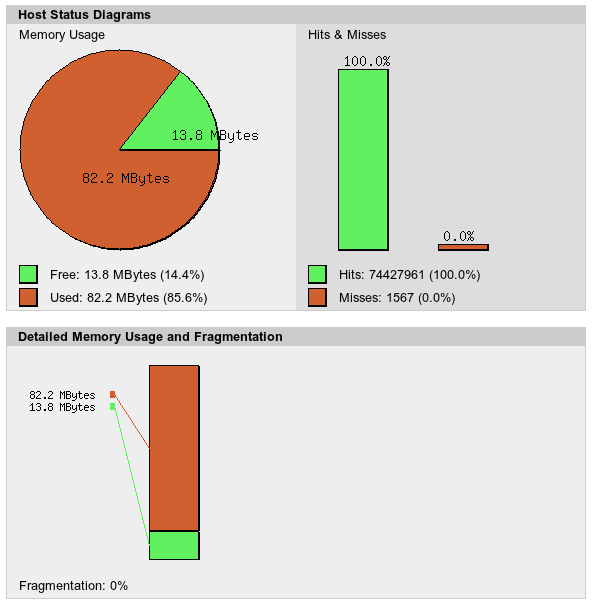 Change after I commented out apc.mmap_file_mask as told by @cyberx86 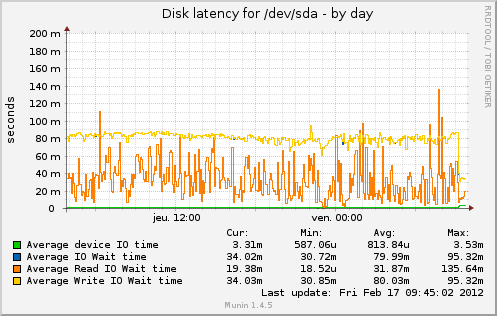 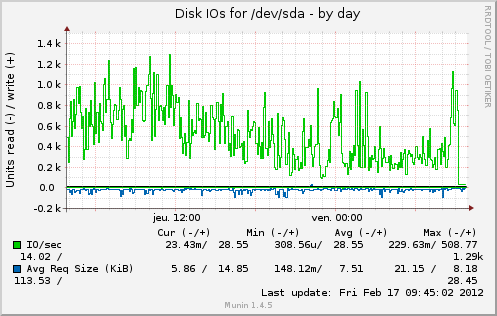 If you use file-backed memory mapping (e.g. apc.mmap_file_mask=/tmp/apc.XXXXXX) you might see elevated I/O.

However, compared to storing something purely in memory, they do incur added I/O - considerably so when the file is continuously changing. The downside of not using mmapped files is a lack of persistence - your cache will not survive a restart, since it is stored only in memory.

One may suggest therefore, that while the cache was filling up and stabilizing, it was undergoing the most change, which had to be constantly written to disk; once the cache was full, the ttl for each object slowed the rate that data in the cache was being turned over, decreasing the change and reducing disk writes.

After a few days, now I want to come back with some graphs. The change improves much that situation. It reduces everything, except the IO service time (I think it's because there is no longer trivial small PHP file read which is cheap). 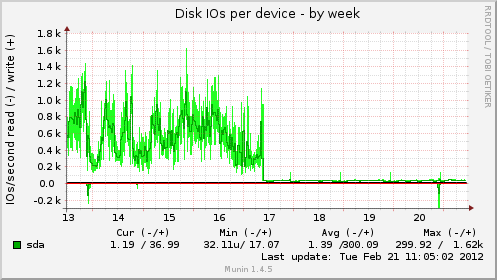 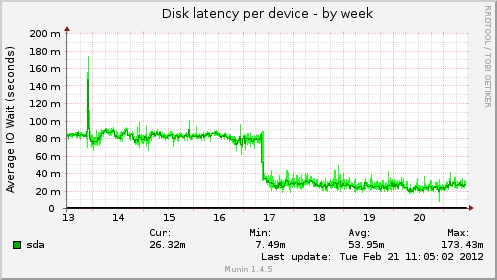 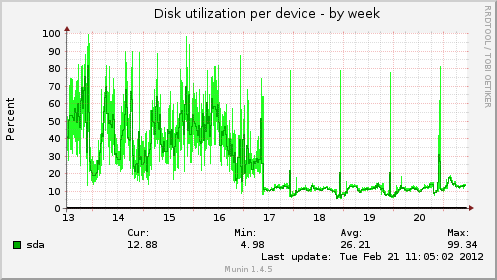 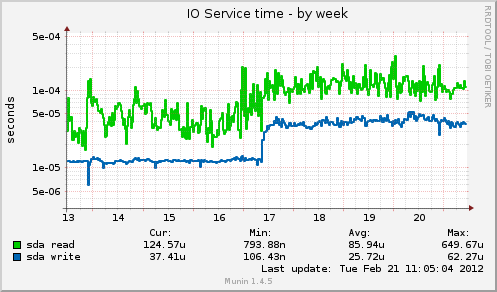 The server load (it was quite low already, so I had not discovered the change). 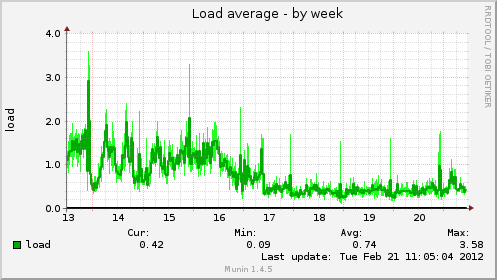 Not the answer you're looking for? Browse other questions tagged hard-drive cache performance or ask your own question.