Why is this APC installation failing so badly?

I have multiple instances of APC running on my server with similar configurations (albeit with different cache sizes. However, one of the instances is performing extremely poorly, and I have no idea why (100% cache fragmentation, high miss rate). 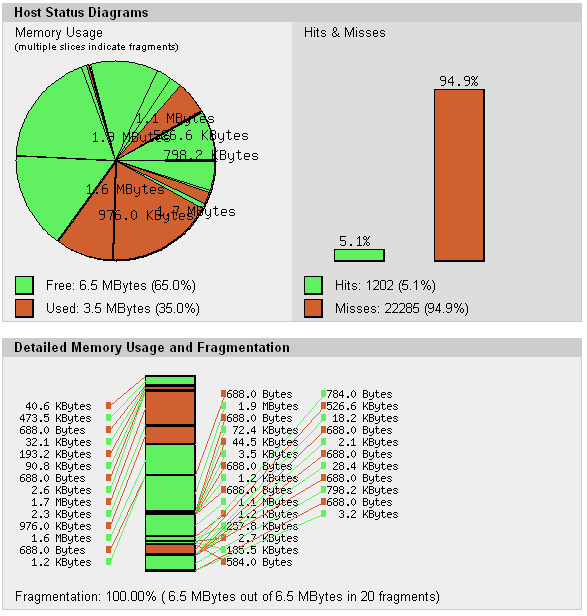 The runtime settings I'm using are as follows (pretty much out of the box):

The instance with problems is simply running Wordpress with a few plugins installed. All other instances (~4) on the server are running perfectly fine with almost 100% hit rates and 0% fragmentation; for example this instance is holding a website built using the Symfony framework.

Any help would be much appreciated; I haven't had much experience with APC and was hoping for it to be an out-of-the-box speed boost ;).

When using APC one of the things you need to ask yourself how much memory will be allocated to APC. apc.shm_size controls how much memory will be allocated. All my setups are configured to use 30M (I believe 32M is the default option). Also, check your "cache full count" to ensure APC is actually working. This shows how often the cache is at maximum capacity. If the cache is constantly being filled it will certainly take a heavy hit on your scripts performance. You could also try allowing PHP to use more memory as a test case