We have an issue with a dedicated server load.

We have 16 processors with 4 core @ 2.40GHz, if I understood correctly cat /proc/cpuinfo output.

Unfortunately, I don't have access to free -m or vmstat.

And snapshot from top about processes:

As far as I see, memory is not used at all. But the cpu is used heavily. Apache consumes most of CPU.

Another useful piece of information: 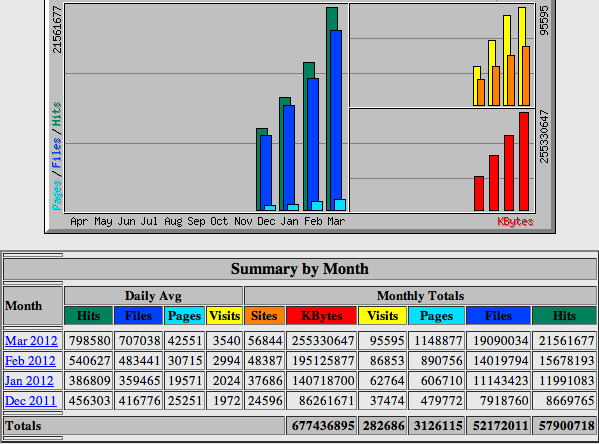 What can be done in the following situation? The application is Magento.

You are barking up the wrong tree. Seemingly it's Apache consuming the CPU; in reality there's mod_php which has to serve your Magento pages.

In addition to Janne Pikkarainens answer, I'd like to suggest the following:

More on Varnish and magento:

Commercial Varnish plugin that use ESI and another solution using AJAX calls.

Do you have APC installed? If not, that will make a big difference.

After that, if I remember correctly, Magento likes having a caching reverse proxy in front of it. Check what caching headers it is supplying before you implement that.

Find whoever configured the server and shoot them?

HTTP tuning would fill a large book. But looking at the information you've provided...

Big iron is a waste of time and money for webservers - you get much better performance / availability / value from multiple low-end machines.

Why is httpd running at an abnormally high scheduling priority? Why is your ssh session running at a lower priority than the sshd?

You're apache processes look as if they have a rather large footprint - have you stripped out the modules you're not using? However it looks like your biggest problem is the amount of CPU being used by Apache - PHP likes CPU. And magento is particularly CPU hungry.

However really the load isn't too bad considering the amount of hardware you've got. Yuo say you've got 16x4 processors, but the top screenshots only shows 6 processes using a significant amount of CPU. Are you trying to reduce the load or increase the performance? Front end or back end?

Putting a reverse proxy in front of Apache will help with performance (assuming you've got caching and compression setup correctly for the content) - IMHO Varnish or nginx are very effective. Both provide ESI support - but you'll need some changes to Magento to support this. In addition to handling the serving of static content with less effort, the proxy can free up the httpd resource sooner and complete the process of sending the page across the network with less effort.

Where are you storing your session data? If it's the default handler then you might want to move this onto memcache (the couchbase implementation has a number of technical advantages).

Check your APC stats to make sure it's got enough memory to cache the majority of the code.

Not the answer you're looking for? Browse other questions tagged apache-2.2 optimization dedicated-server webalizer or ask your own question.