Can PuTTY be configured to display the following UTF-8 characters? 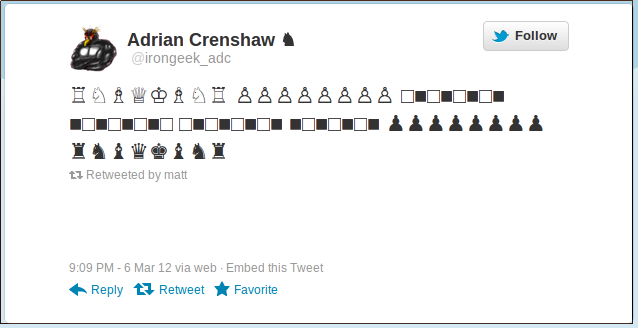 I saved the tweet's JSON data and wrote a one-liner python script for testing.

This next image shows the output of this command on two different putty sessions, one with Bitstream Vera Sans Mono font and the other is using Courier New: 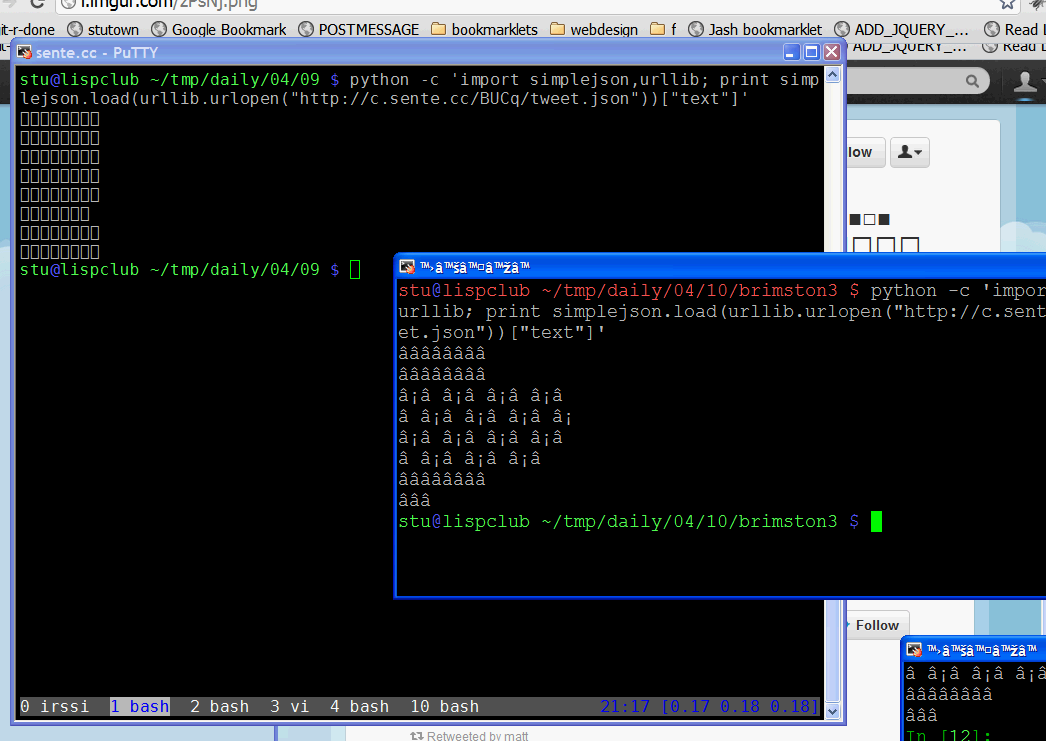 Next is an example of correct output (I wasn't using PuTTY):

The original JSON is at this link using Twitter's API.

How can I get PuTTY to display those characters?

Consider DejaVu Sans Mono which is Bitsream Vera Sans Mono, just with more unicode characters (including the chess symbols). FYI, these are the unicode Codepoints for the chess symbols which will make your search for a suitable font easier.

Once you have chosen a font you'll need to make sure that PuTTY itself is set to receive UTF-8 symbols:

Not the answer you're looking for? Browse other questions tagged putty encoding utf-8 unicode or ask your own question.

6
GNU screen display + from putty
5
What is the best TERM type on AIX for use with PuTTY, and which PuTTY settings should be tweaked?
1
Using Putty results in missing characters on man pages
2
How do I enable characters like [Æ, Ø, Å] in PuTTY/Debian?
2
`less` not able to display special characters
33
How to make the 'less' command handle UTF-8?
3
Can not input or print Chinese on PuTTY
3
UTF-8 Characters in Apache Access Log ✔