Internet Explorer not working after establishing a VPN connection

I have a problem which is constantly appearing on each Windows 7 computer I'm using whenever I establish a VPN connection.

The problem appears only if using a proxy server for Internet access; it doesn't happen when directly accessing the Internet (with or without NAT). It doesn't seem to depend on a specific proxy software being used (I've seen it happening with various ones).

The problem is: as soon as I start the VPN connection, Internet Explorer can't access anything anymore.

Also, the problem is specifically related to Internet Explorer: while it seems not able to connect to any site, other programs (such as FireFox) have no problem accessing the Internet through the same proxy.

This behaviour can be easily reproduced on any Windows 7 computer (the service pack and patch level doesn't seem to matter at all). Have IE connect through a proxy, establish a VPN connection... and IE will just not work anymore until the VPN connection is dropped. 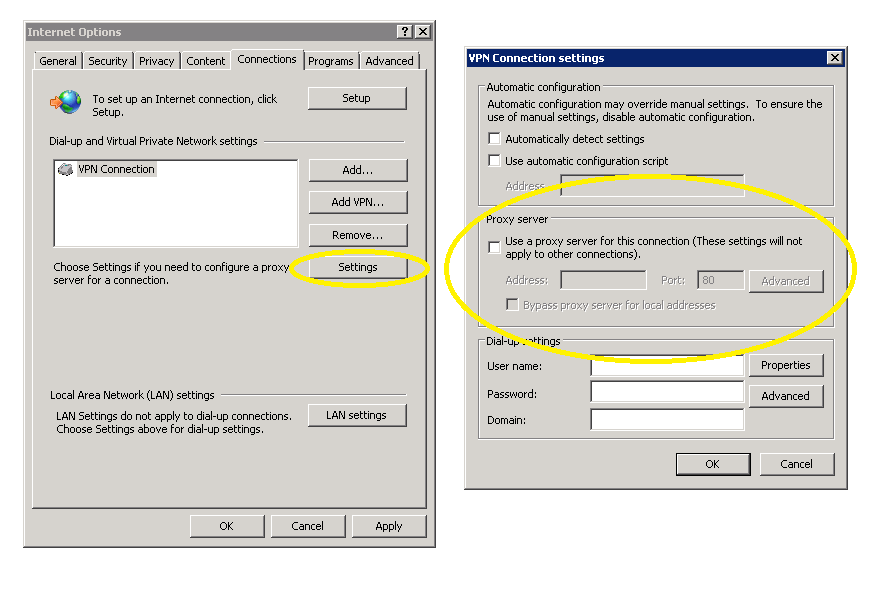 Do you have a rule in TMG that allows the VPN Clients group access to the Internet?

Have you tried logging the traffic to see if it's TMG denying the connections?

Not the answer you're looking for? Browse other questions tagged windows-7 vpn proxy internet-explorer sstp or ask your own question.