This seems basic, but I'm confused about the patching strategy involved with manually updating standalone VMware ESXi hosts. The VMware vSphere blog attempts to explain this, but the actual process is still not clear to me.

This VMware Communities post gives a different answer. This one contradicts the other.

Many of the ESXi installations I encounter are standalone and do not utilize Update Manager. It is possible to update an individual host using the patches make available through the VMWare patch download portal. The process is quite simple, so that part makes sense.

The bigger issue is determining what exactly to actually download and install. In my case, I have a good number of HP-specific ESXi builds that incorporate sensors and management for HP ProLiant hardware. 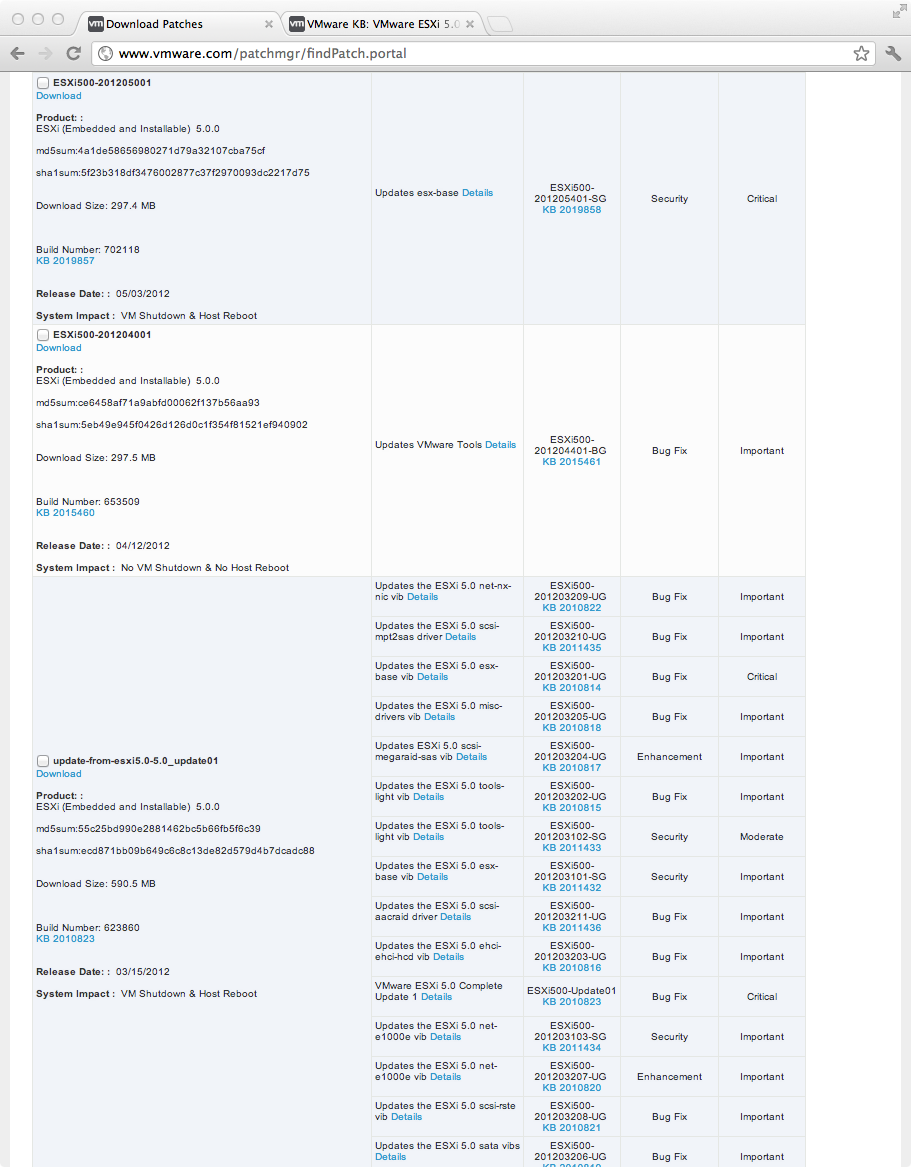 VMware Employee Kyle Gleed says "Patches are cumulative. We typically release patch bundles every 3 months. A new patch bulletin will include all the updates/fixes from any earlier bulletins."

The relevant summary is:

In short, the answer is yes, the ESXi patch bundles are cumulative. However, when applying patches from the command line using the ESXCLI command you do need to be careful to avoid getting into a situation where you could miss some updates.

Patches are essentially updates to VIBs and are distributed as ZIP archives. These archives can be loaded into Update Manager, or they can be copied to the host and used with the ESXCLI command. It’s important to note that along with the updated VIBs the patch archives also includes the latest version of all the other VIBs in the image profile. When you download a patch you aren’t just downloading the updates. You’re getting the complete ESXi software image.

So, yes. They are cumulative as long as you install them properly.

The patches appear to be cumulative, assuming you start with the most recent installable (.ISO-based) package as a foundation. 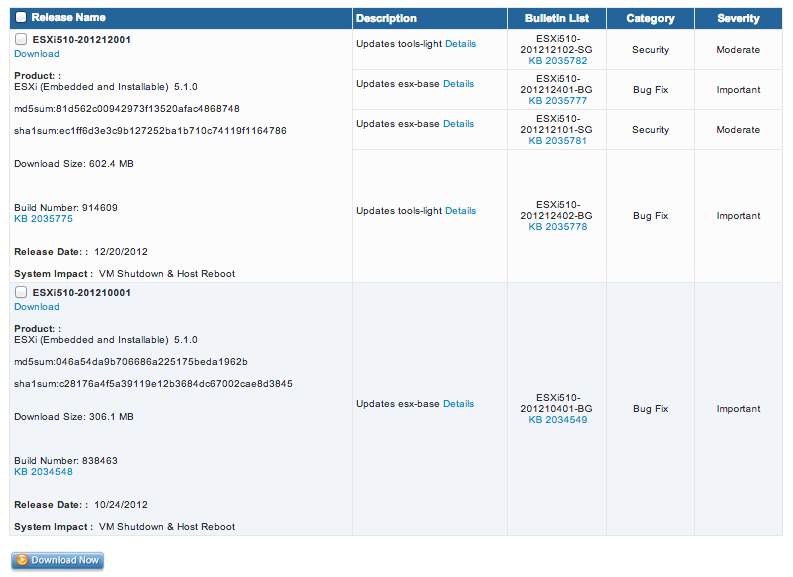 Given the complexity of their patching system, I would install the latest build and update from there if that is possible in your environment.

Store all of you downloads in one location, renaming them if necessary/possible so that you know the order to patch on your other systems with limited bandwidth. Put those files on a large USB and take it with you to your other locations.

Trying to figure out that goofy patch structure looks maddening.

ewwhite, You may have already come across this article but I had it bookmarked awhile back:

Not the answer you're looking for? Browse other questions tagged virtualization vmware-esxi vmware-vsphere patch-management or ask your own question.