Where do I put the server in a cramped office?

We have very limited options for our first server in our small office and none of them look good. We are buying one HP Proliant ML350 G5. Per the HP power calculator with our system specs, we're looking at 1500-1750 BTUs/hr.

Our options for installation are:

We will not likely grow past this one server (just more VMs running on it) but may add a micro NAS in the future. For Option 1, is one 1500 BTU / hr box going to be ok in the closet? Until I hear the server plugged in and running, I have no idea if Option 2 is feasible.

First thing... You want to avoid this at all costs... 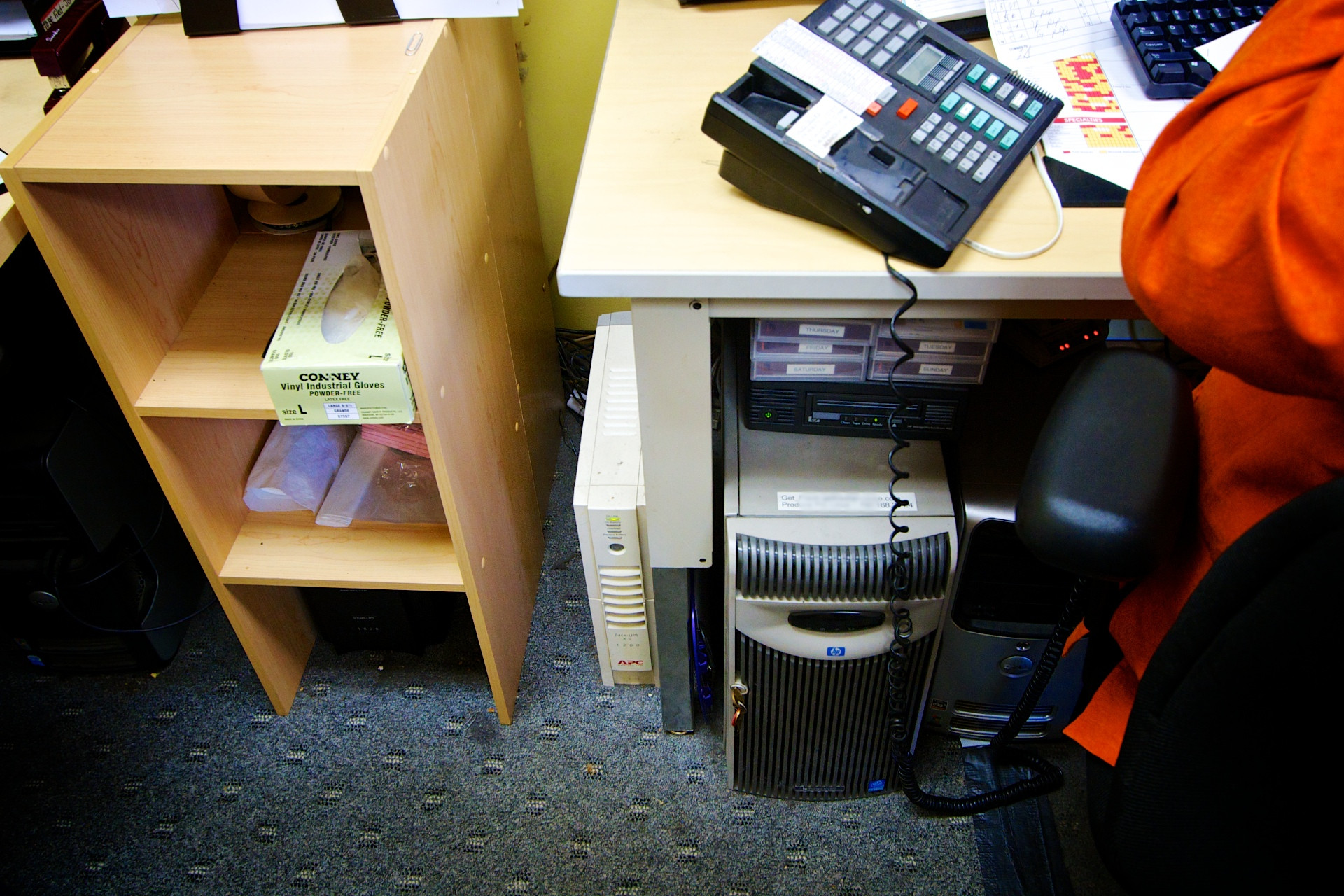 Why? Because that server ran in that environment continuously for five years until I extracted it to find this. Dust is your enemy!

For a long time (between early-2007 and mid-2009), I would intentionally spec the HP ProLiant ML350 G5 server for client sites where the server needed to reside in an office space. Note: It's an old server that's been superseded by two newer generations... Please make sure you run the HP Firmware DVD on the machine once you receive it.

There are a few unique reasons as to why it was a particularly good choice. The ML350 G5 did not use a bank of 6 x hot-swap fans like it's bigger brother, the ML370. Instead, it had a two variable-speed fans that could be augmented with an additional redundant fan kit (see the blue units on the left-side of this photo). Using this additional fan kit lowered the acoustic output of the server and provided better cooling poorly-ventilated environments.

It is quiet enough for an office.

The server also had removable feet, which allowed some flexibility in placement on shelves. The ML350 G5 was not sensitive to heat and I never had one encounter a thermal shutdown condition. I probably installed 40 units in less-than-ideal conditions (offices, warehouses, factories, etc.)

That said, the best arrangement when you don't have a dedicated server room/closet is to keep the server elevated with at least 1-2 feet of open space behind the rear of the chassis. 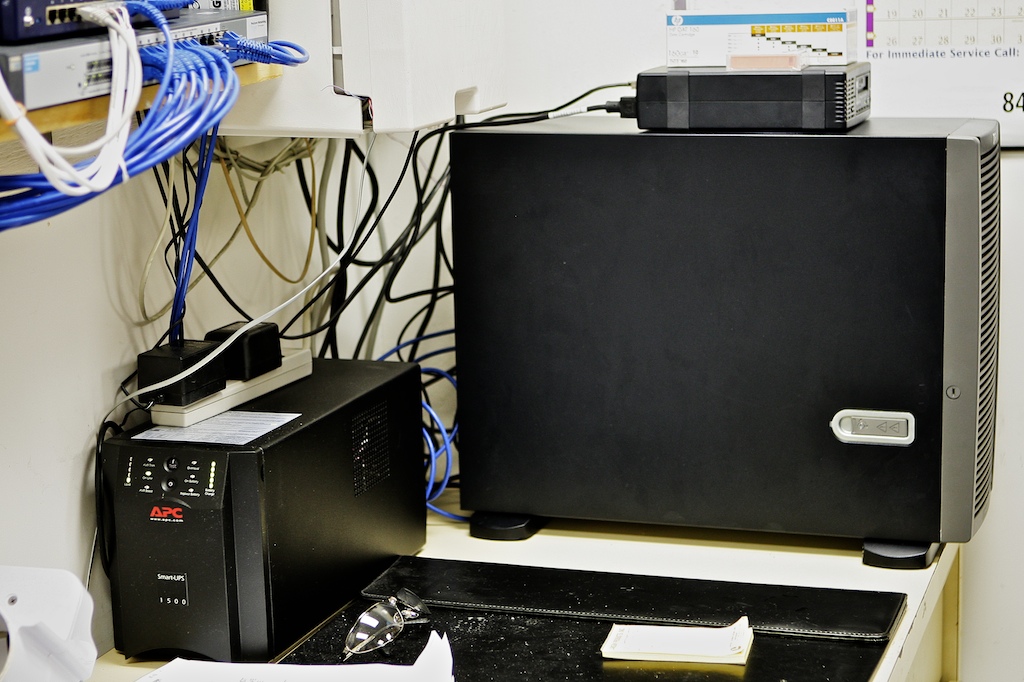 Not stated in the question as "not possible", so I'd suggest adding some fans to the unventilated closet to provide air circulation, if not cooling. Server noise generally IS a concern for people.

Not the answer you're looking for? Browse other questions tagged hp hp-proliant server-room physical-environment or ask your own question.

0
Where should we store a small server/router/switches in a small office with no closet?