I want to know, before going forward, what I can expected in lost of performance (or not) of creating Windows spanned volumes from LUN delivered by a SAN ?

I don't know which kind of SAN is (we don't administer it), but they give us 10 300 Gb LUN to our Windows 2k8 R2 (Vmware) and we need larger volume so we think to spanned some disk but we are aware of the performance issue.

Time for some science, bitches. The test setup:

We have a total of two LUNs on two seperate clusters. I have artifically limited the maximum throughput on these LUNs so that I don't impact our real systems that are running on the arrays, but for the purpose of comparing the outputs, that should be enough. 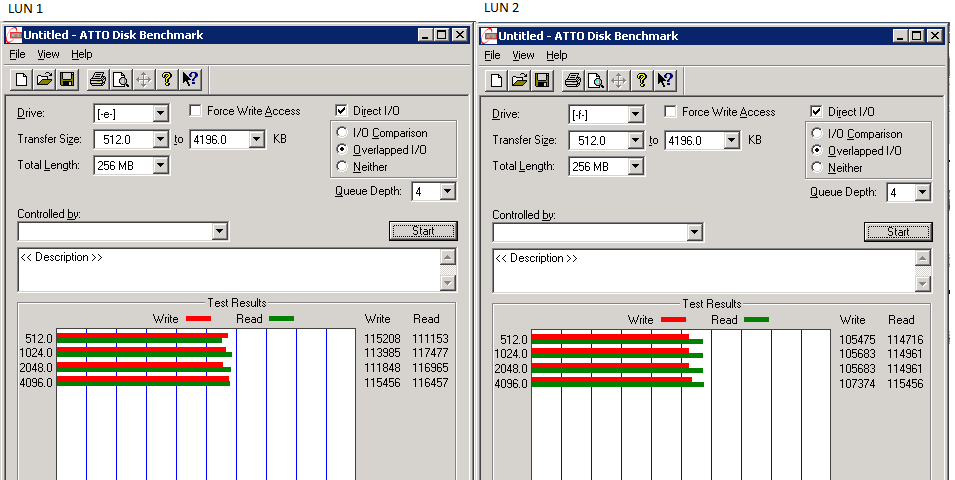 Both LUN1 and LUN2 consistantly average a maximum 1Gbps of throughput (LUN2 is every so slightly slower as it runs SATA disks rather than SAS disks).

If I look at the data collected from each SAN cluster itself, we see a similar story: 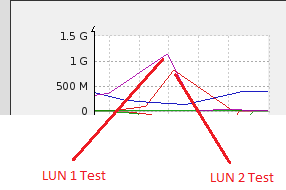 Both LUNs output approx 1Gbps of traffic during each test.

Step 2: Benchmark the LUN as a spanned volume

OK; so far everything is as we expected. Now we convert those two disks to dynamic disks and create a single spanned 10Gb drive and run the same benchmark: 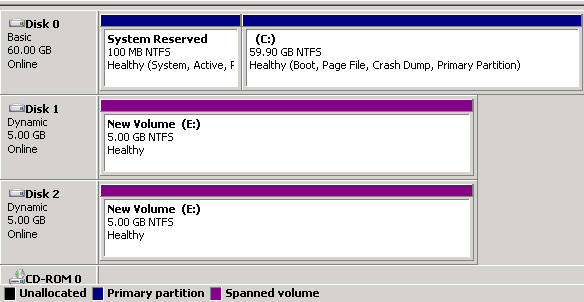 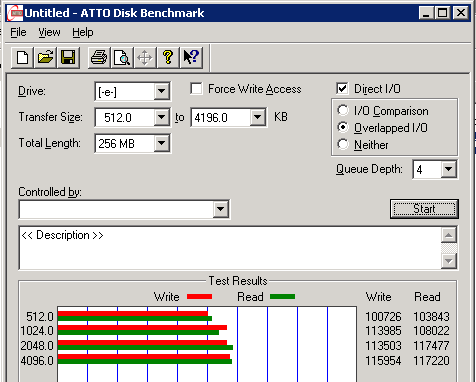 And what do you know, an ever so slight drop in performance, but all in all we can call that identical to the first two tests. But, most importantly, looking at the data collected from the SAN, only one LUN was ever active: 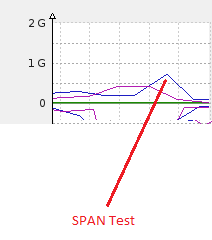 One would assume that the 2nd LUN would only come active once the first LUN is full. Hence span.

Step 3: For shits and giggles

I have limited the bandwidth here so that I don't impact our live systems, but I suggest you do all of this again on your own servers to see what kind of performance you get. If it's not enough, then I suggest trying a striped set. Normally I would never ever suggest this as if you lose a LUN you're screwed, but if you're comfortable that your SAN provider can keep both LUNs online (in this example, each LUN is a fault tolerant cluster, so the chances of it going offline are slim) then you might want to try striping and benchmarking to see if you get the performance you require. And let's be honest, striping or spanning, you lose one disk you lose the lot anyway. So the risk factor is pretty high either way.

That's all for now; let me go and clear all the network alerts that have been triggered because a single initiator is consuming more than its fair share of bandwidth...

Not the answer you're looking for? Browse other questions tagged windows-server-2008-r2 storage-area-network lun or ask your own question.

3
What are your recommendations/best-practices for vDisk/datastore/LUN management with VMWare ESX
4
What is typical SAN performance?
0
Type of Storage for VMware View Implementation
1
Migrating the SAN lun in Linux
3
LUN and VMFS 5 sizing assistance
0
How to rebuild my NAS
0
Shared volume for data (multiple MDF) and another shared volume for logs (multiple LDF)
0
Sharing a SAN LUN across 2 clients
1
associating HP MSA2000 G3 to a virtual machine on windows server 2012 DC