What would cause a PBX or SIP phone to not register on the network when using Netgear Switches?

We have 3 different types of switches in our network. 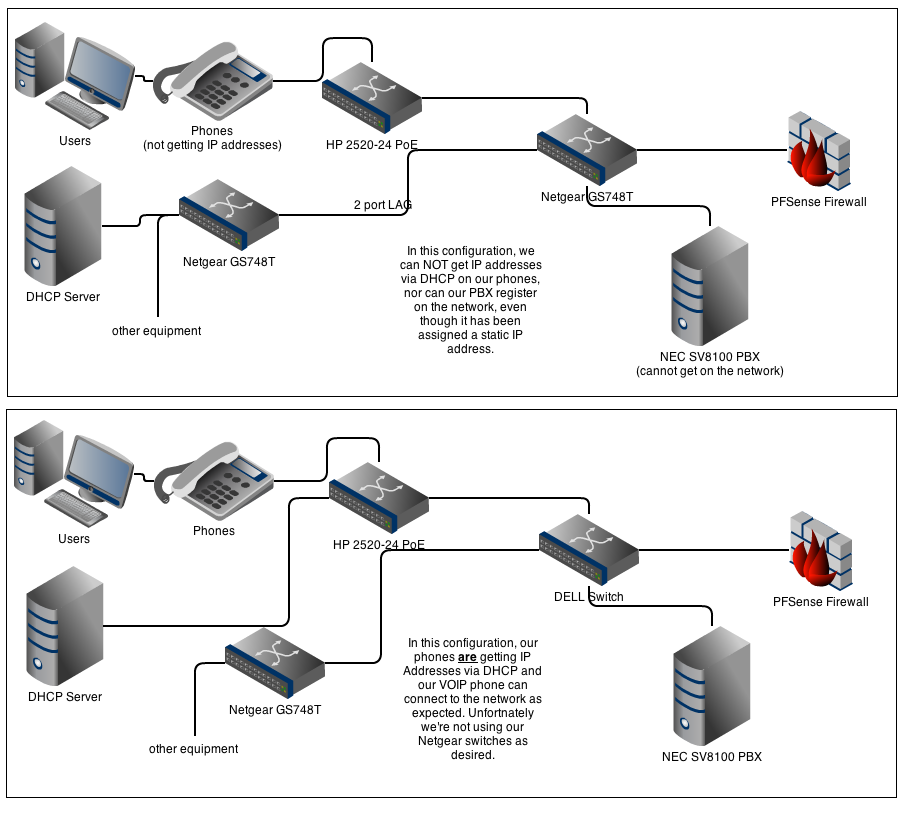 My question is quite basic. What is in the Netgear GS748T switches that would

All computers (which are on the exact same network) are connected just fine (including receiving IP addresses via DHCP).

Here are some screenshots of the switch config. This is the switch that the VoIP server is connected to. 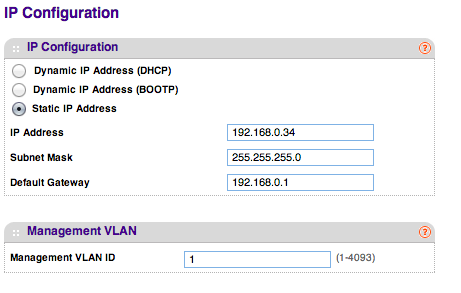 The Dell switch is set as unmanaged, and the Netgear connected to the DHCP server is also basically unmanaged (other than having a static IP).

NOTE: we have not configured LAG's (yet) and there is only a single line between switches.
NOTE: the VoIP connection is shown as "offline" because when the screenshot was taken, the PBX was connected to the DELL switch. It shows as "online" when the PBX is connected to the Netgear switch.

Inside the settings of the Netgear switch is a section called Voice VLAN. It defaults to VLAN2 and is Enabled by default.

Now, even though you're not tagging any ports with VLAN2, the switch is still trying to put all voice devices on VLAN2. This is why it's not getting connectivity on voice devices.

When a computer is connected through the phone, the Voice VLAN is still trying to send the phone to VLAN2 while sending the computer to VLAN1.

Disabling the Voice VLAN solves the issue and allows all traffic to function as expected. 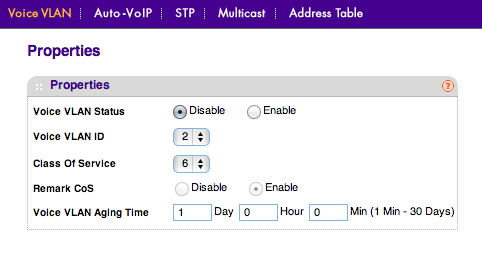 check if on the netgear you don't have some 802.1q tagging causing packets to go to another vlan. But having a separate VLAN for voip may be a good idea anyway, separating a bit data and voice (think about your VIP's communication sharing the network with every pc/servers in the enterprise...) (you'd need to deploy it across the whole network though...)

Not the answer you're looking for? Browse other questions tagged dhcp switch voip or ask your own question.

1
Connecting multiple switches to a router
1
Calls cut off in Asterisk 1.6.2
25
Finding cause of TCP retransmission within a LAN
2
Router DHCP not working with switch
3
VLANs through a trunk between Dell Powerconnect 6248 and 2848?
15
What would cause SIP traffic to be seen going into a switch but not coming out?
0
One ISP, two switches, two subnets
1
2 DHCP servers, VLANs, Mitel 3300, Sonicwall TX 215 conflict