Explorer shows what I would expect (the new folder) as does the command line "dir" command. Excel's and Word's open file dialog show the same thing explorer does.

Internet Explorer's file open dialog shows the renamed folder, as well as an icon for the same folder with the prvious name.

Hopefully the images here explain it. If not let me know any I will attempt to clarify. I don't even know where to start figuring this out so any help would be appreciated. 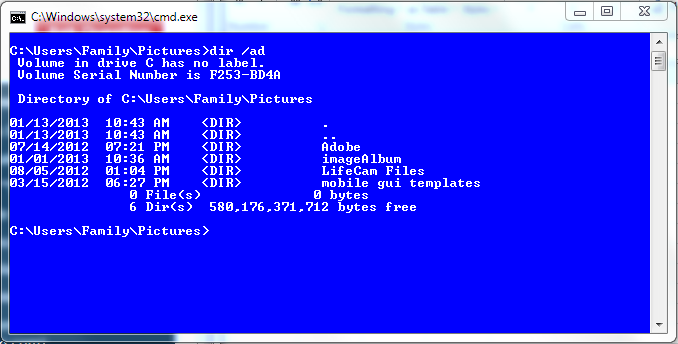 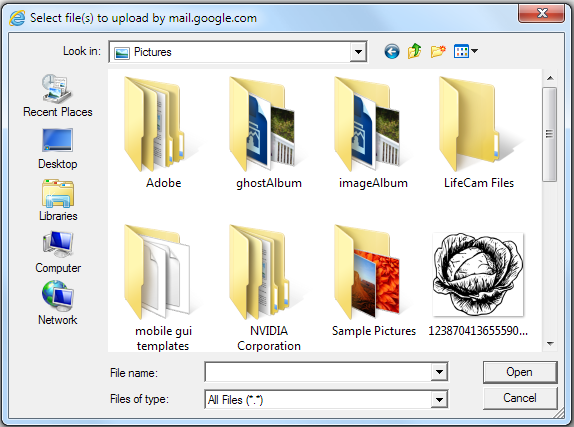 I checked both locations assigned to the Pictures library (..\Users\family\Pictures, and ..\Users\Public\Pictures), neither contain an item named "ghostAlbum" that I can see via Explorer.exe or cmd.exe.

This folders have a HIDDEN (or even SYSTEM) attribute set. By default dir command not list such files.

BTW: AFAIR option "Show hidden and system files" are disabled in Windows Explorer by default, so seems you (or some software) have changed this setting before.

Not the answer you're looking for? Browse other questions tagged windows-7 filesystems internet-explorer namespaces or ask your own question.

9
Internet Explorer isn't auto-discovering http://wpad/wpad.dat auto-config
8
The great Vanishing Act of INetMgr.exe on my Windows 7 x64 system
3
Windows 7 logon script net use fails
182
df in linux not showing correct free space after file removal
0
A process continues writing to renamed file on solaris
1
Win 7 Explorer keeps reopening network shared folders?
0
Samba shows each file several times in the same folder
0
Folder doesn't show up in explorer, cmd, and python even though I can access it, how can I fix this?
3
What does AuthForwardServerList do?
1
File Lock on Windows Server