How to tell a Performance Monitor Data Collector Set to regularly generate Reports?

In a nutshell, my goal is to do a long-time recording of several performance counters.

My steps I took until now were:

Some days ago I've created several user-defined Data Collector Sets in Windows Server 2008 R2 like this: 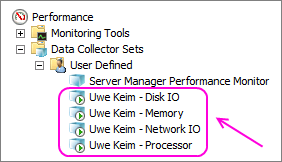 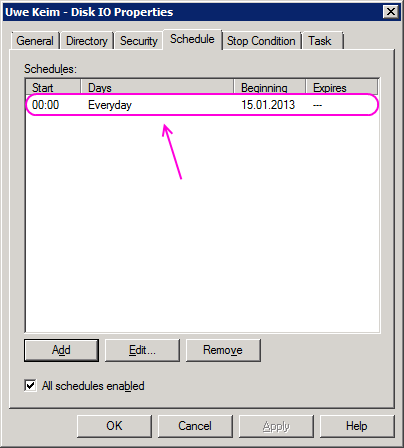 Now what I've expected is that this forces the Performance Monitor to automatically generate reports on a daily basis.

What actually happened is that one report was immediately generated when I set up the Data Collector Sets and another one was created as kind of "pending". No new reports were created after that: 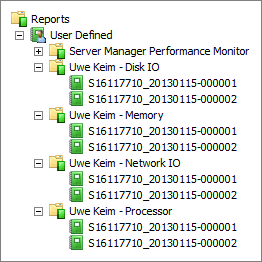 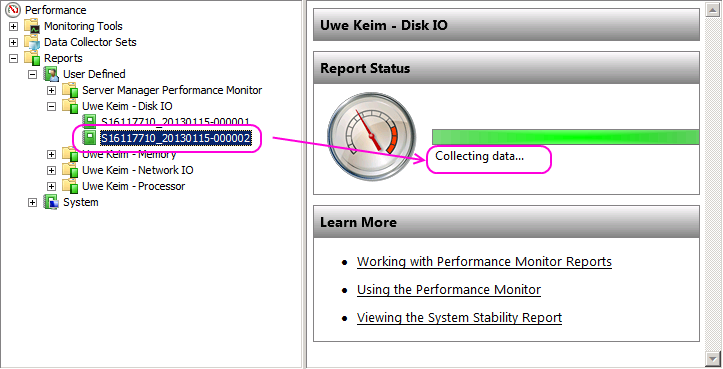 I've read through MSDN/TechNet and simply cannot figure out what I'm either misunderstanding or doing wrong.

My question therefore is:

How to configure my Data Collector Sets to records performance counters for several days?

Check your stop condition. In order to have a report for each day (rather than one report for multiple days), I'm pretty sure you would need to restart your performance counter. The counter will run for as long as you have it configured for in stop condition. Check the logman command for automating via command line.

Not the answer you're looking for? Browse other questions tagged windows windows-server-2008-r2 performance-monitoring performance-counters report or ask your own question.