How to modify IIS role services in Windows Server 2012?

I have a clean Windows Server 2012 installation. I installed the Web Server (IIS) role, and during the process it asked me which Role Services I would like (asp.net, iis6 metabase compatibility, etc.).

How do I get back to this screen to add or remove role services? In the server manager, if I go to the IIS tab, I can see the services under Roles and Features, but then only option appears to be adding or removing entire roles. I don't want to uninstall IIS, I just want to add or remove another role service within the IIS role.

The Add/Remove Roles and Features wizard disables the Next button if you aren't modifying any roles - so you can't ever get to the role services page for the roles you already have.

I figured out how to do it from powershell by following the instructions here. Basically:

It seems that there is not a distinction between feature names for roles or role services when it comes to the powershell scripts. But the GUI makes a distinction somehow.

I would still like to know how to get back to the role services selection from the GUI.

Click the Manage dropdown up in the top right. Choose "Add Roles and Features."

Now you should be on the Server Roles selection. Expand IIS (which will be greyed out since you have already installed it.) But the features or role services or whatever you want to call them, such as WebDAV Publishing for example, will not be greyed out because you haven't installed it yet. So click it.

Hit next, next, Install. Add and remove role services at will. 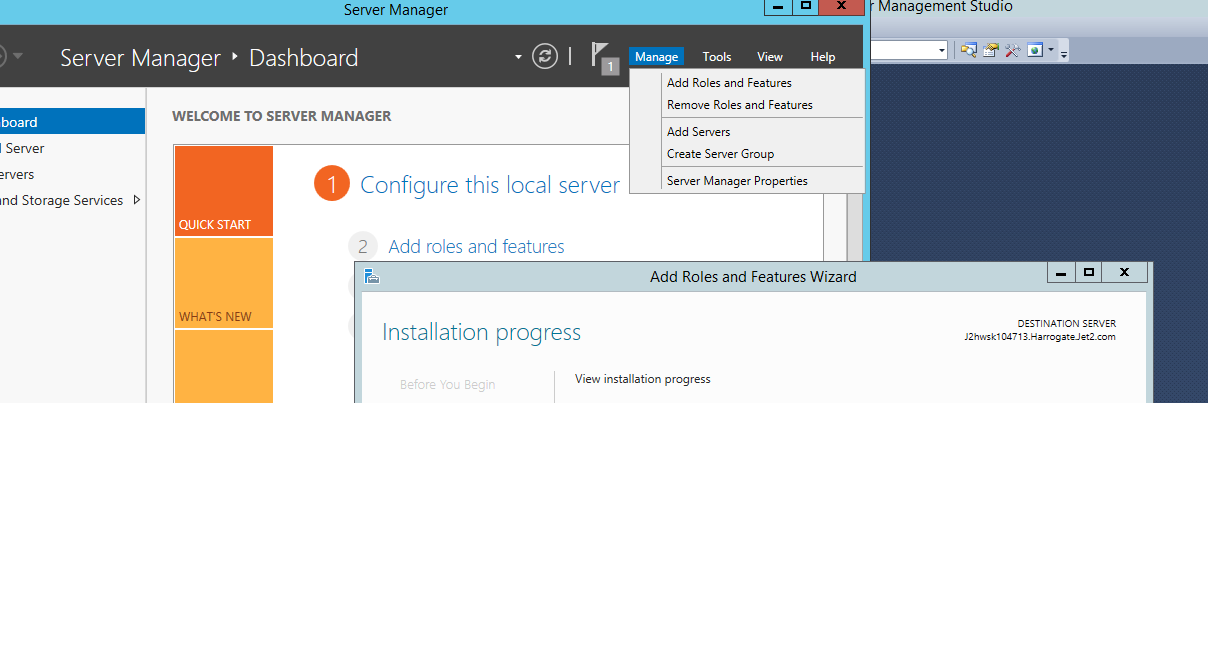 To remove webdav use the following Powershell command:

Not the answer you're looking for? Browse other questions tagged windows-server-2012 graphical-user-interface windows iis-8 or ask your own question.

0
How to completely disable request filtering in IIS