I have a NIC configured but I can't move any traffic on it. In particular I can't send or receive Pings.

There is a second VM running Ubuntu under the Windows 8 host which is able to send and receive pings from the host O/S .

When I try to ping from Windows 2003 guest to Windows 8 host I get 'Request Timed Out'.

Integration services are installed on Windows 2003.

While the host o/s ipconfig output looks like this : 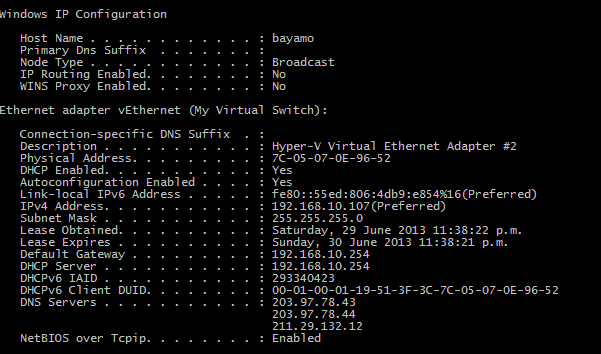 The only things I can see in the event logs which is (a) looks signifcant and (b) is not related to the lack of networking is this : 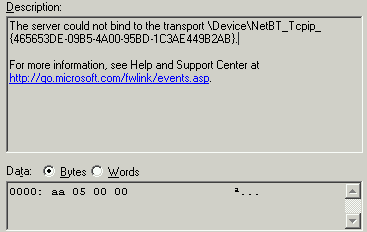 I'm not sure if that's significant or not.

Although I've only mentioned ping there's no other evidence of network activity.

'Allow incoming echo request' is enabled on the Windows 2003 guest.

What else should I look at or do to resolve this problem ?

EDIT 1: I should have said that I turned off the firewall on the W2003 server for a while and retested the pings; same result.

EDIT 2: Just to be quite clear the following setting is present on the Windows 2003 guest (and has been throughout my testing): 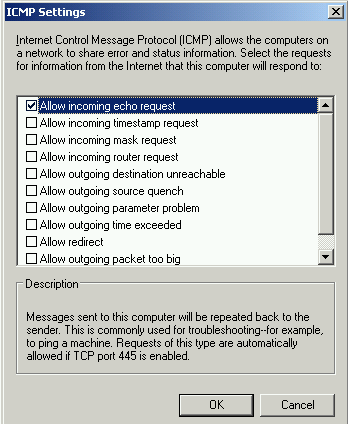 EDIT 3: I've just noticed something that may give a clue to the problem. When I do a 'net statistics' command on the guest W2003 o/s I get the following response which seems to suggest that there is network traffic coming and going from the machine ? 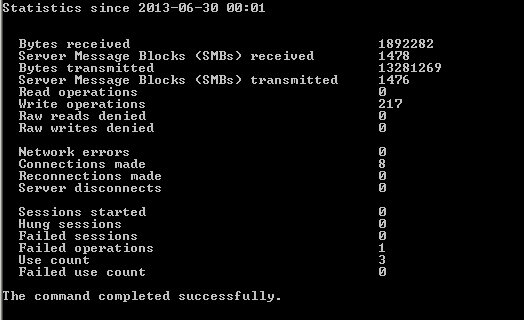 Go to Control Panel, and double-click on Windows Firewall. Under the ICMP section, click on the Settings... button and you will see a list of checkboxes. Check the Allow incoming echo request checkbox. This will enable your Windows Server 2003 installation to return a respond when the server is pinged.

Just for the sake of posterity I should answer my own question as I've now got it working. In summary I 'took out' the network adapter; booted without it; and then put it back in and all was well.

I then rebooted the client VM Windows 2003 machine and all was well !

Thanks again to those who made suggestions.

The error message that you're getting says it all, Windows 2003 is unable to bind the TCP/IP module to the network card. Based on information from Microsoft, I would start by suggesting to install the the following:

I believe that the second task should solve your problem, if not, keep us posted :)

Not the answer you're looking for? Browse other questions tagged networking windows-server-2003 hyper-v windows-8 or ask your own question.