How to uninstall IIS from Windows Server 2008

I'm struggling with uninstalling IIS from Windows Server 2008. I went into Server Manager > Roles > Remove Roles > unchecked IIS > that prompted me to also remove dependencies. Every time the "Resume Configuration Wizard" continues after a restart, I keep getting another dialog to restart. After 3 tries, it says it failed to uninstall. Note, the 3 try failure screen shot was from previous attempts to uninstall WAS (Windows Process Activation Service). And a dependency for WAS is IIS. However, I get the 3 try failure with this set as well. What am I doing wrong? 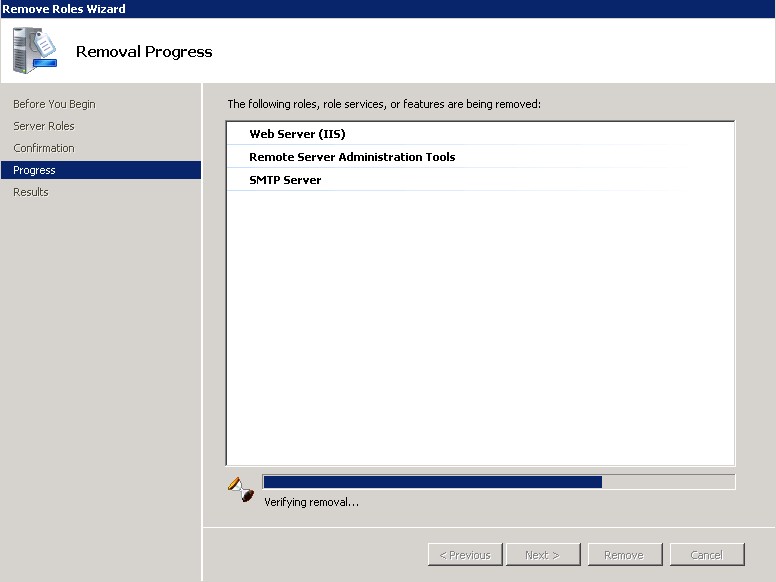 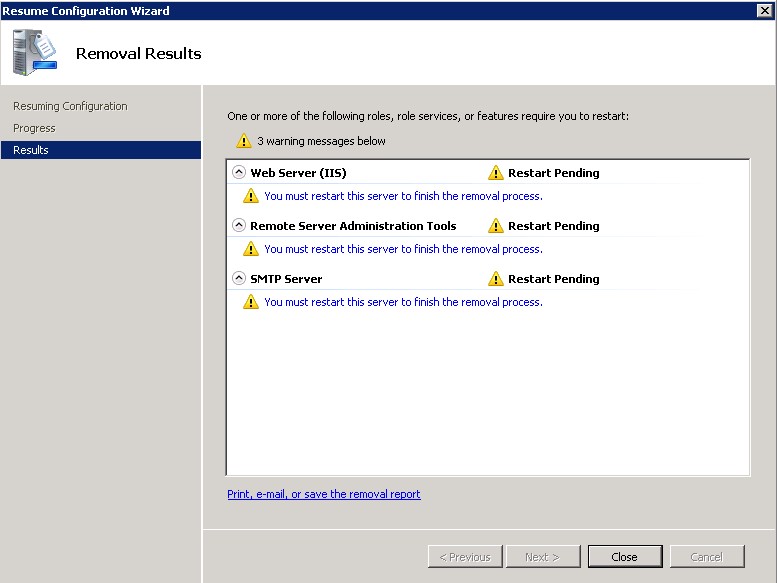 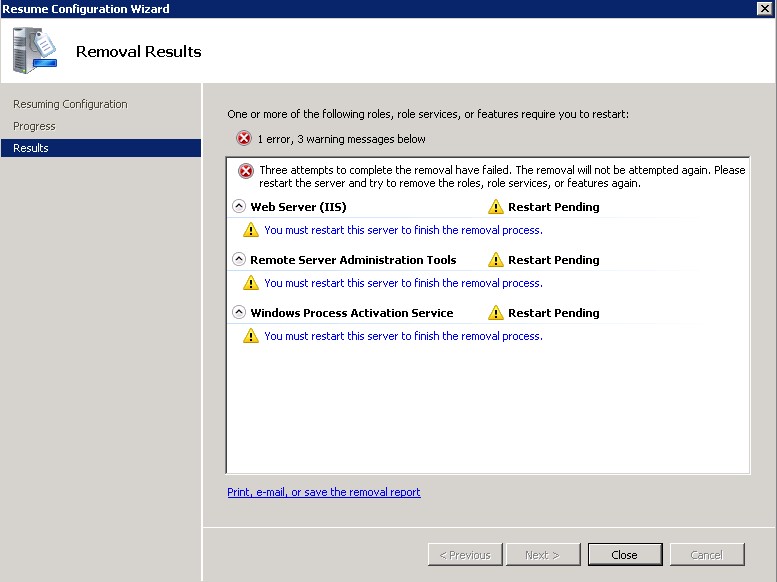 Lesson Learned: Before a web server deployment, copy the contents out of folder C:\Windows\system32\inetsrv\config\ before ever changing IIS 7 configuration or making Web.Config changes.

Not the answer you're looking for? Browse other questions tagged windows-server-2008 iis iis-7 dependencies uninstall or ask your own question.