Given the constrained RAM situation described in this question, what is the cleanest method (manual or programmatically) to:

Assume that more physical RAM is available to the environment.

I've found that I can vMotion a VM to another host, and that clears the ballooned state. Is there any other method that works?

Note: I've added several hosts and ~512GB of RAM to the environment. The ballooned VMs did not trigger a DRS rebalance action or unballoon themselves. I've had to manually vMotion each of the affected virtual machines to clear this, as shown below... 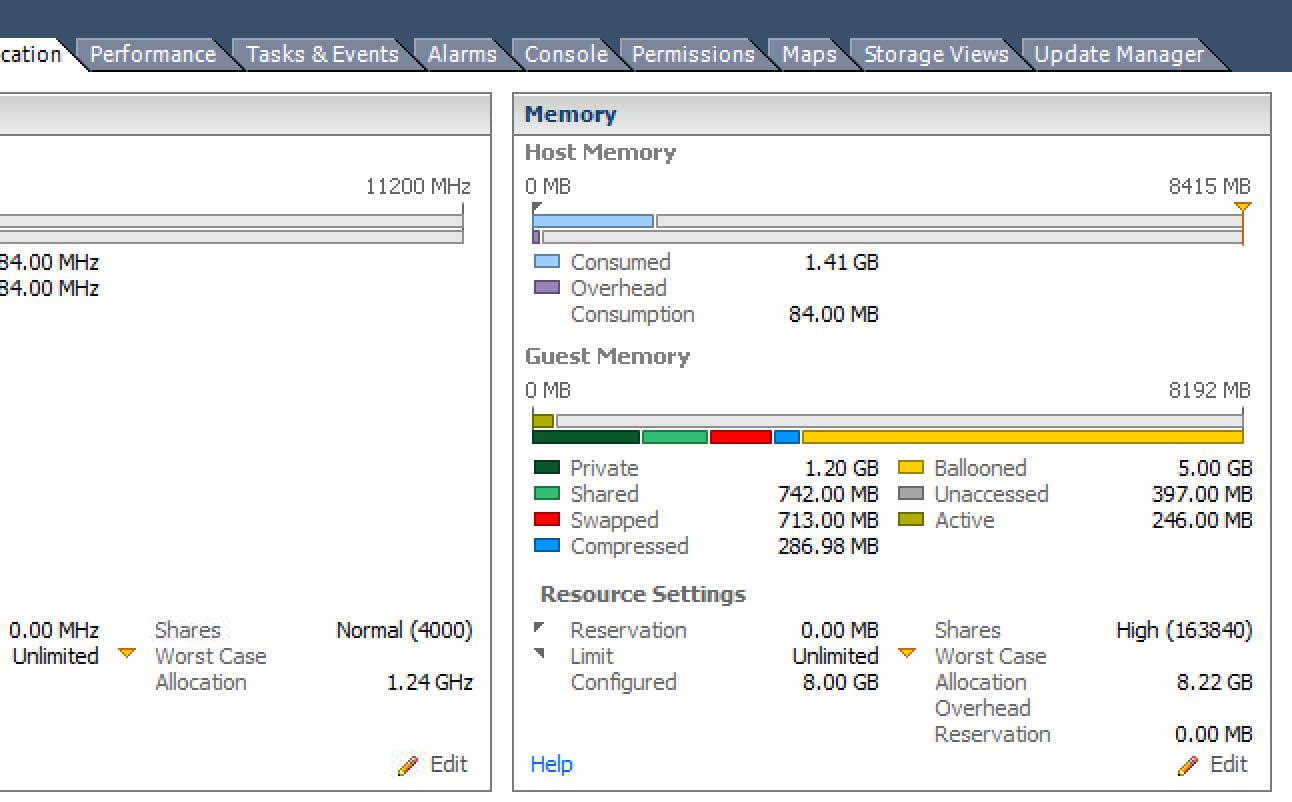 And the after... Following a vMotion to another host in the cluster. 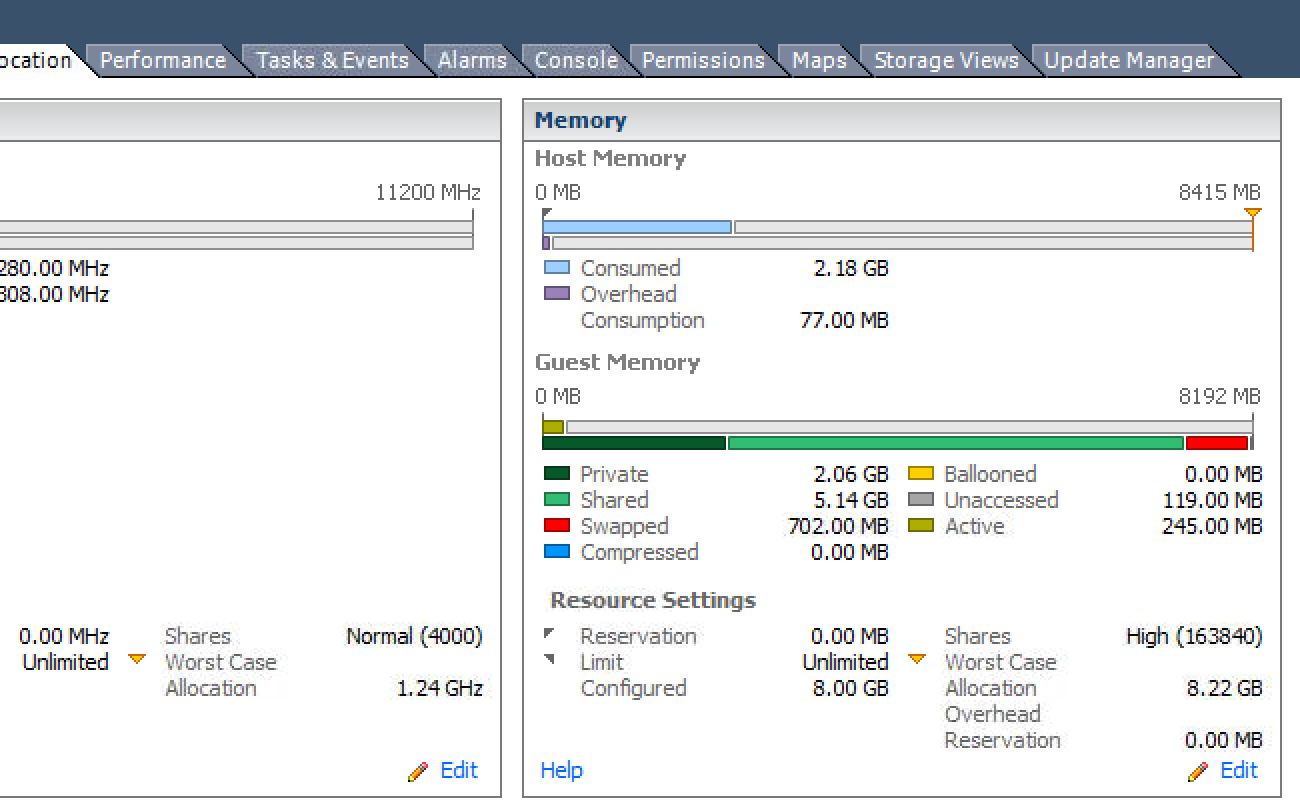 VMware actually has a KB article that has this information:

To force the balloon driver to release its hold on memory and prevent the guest operating system from using swap space, use one of these options:

Not the answer you're looking for? Browse other questions tagged vmware-esxi memory vmware-vsphere or ask your own question.

57
vSphere education - What are the downsides of configuring VMs with *too* much RAM?
11
Find all virtual machines with ballooned or swapped RAM in VMware cluster?
7
Detect memory ballooning from within the affected VM
9
Linux high RAM usage for unknown reason
1
VMware RHEL5 guest OS cached memory release
0
vSphere | VMs are balooning and swapping | sched.mem.max paratmetar does not exist

14
How to manage a global VM startup order across the whole datacenter?
3
What is the correct way to remediate an HA Cluster?
5
VMware vSphere DRS affinity rules for more than 2 guests
1
Should I lower memory config of VMware vCenter Server Appliance?
57
vSphere education - What are the downsides of configuring VMs with *too* much RAM?
6
Installing vmware/xenserver on a linux operating system?
1
VMWare Virtual Storage Appliance 5.1: Network clarification
23
How to describe VMware performance requirements for our application to a VMware admin?
2
VMWare not changing RAM on virtual machine