What kind of memory for Hp Proliant dl380 g4

I am trying to figure out what kind of memory this Hp Proliant DL380 g4 needs.

Does anyone know which of these it takes?

You don't have many memory options for this model, with its SIX DIMM slots and 12GB max. I'd strongly urge you to move on to different hardware, because the G4 platform was released in 2004. 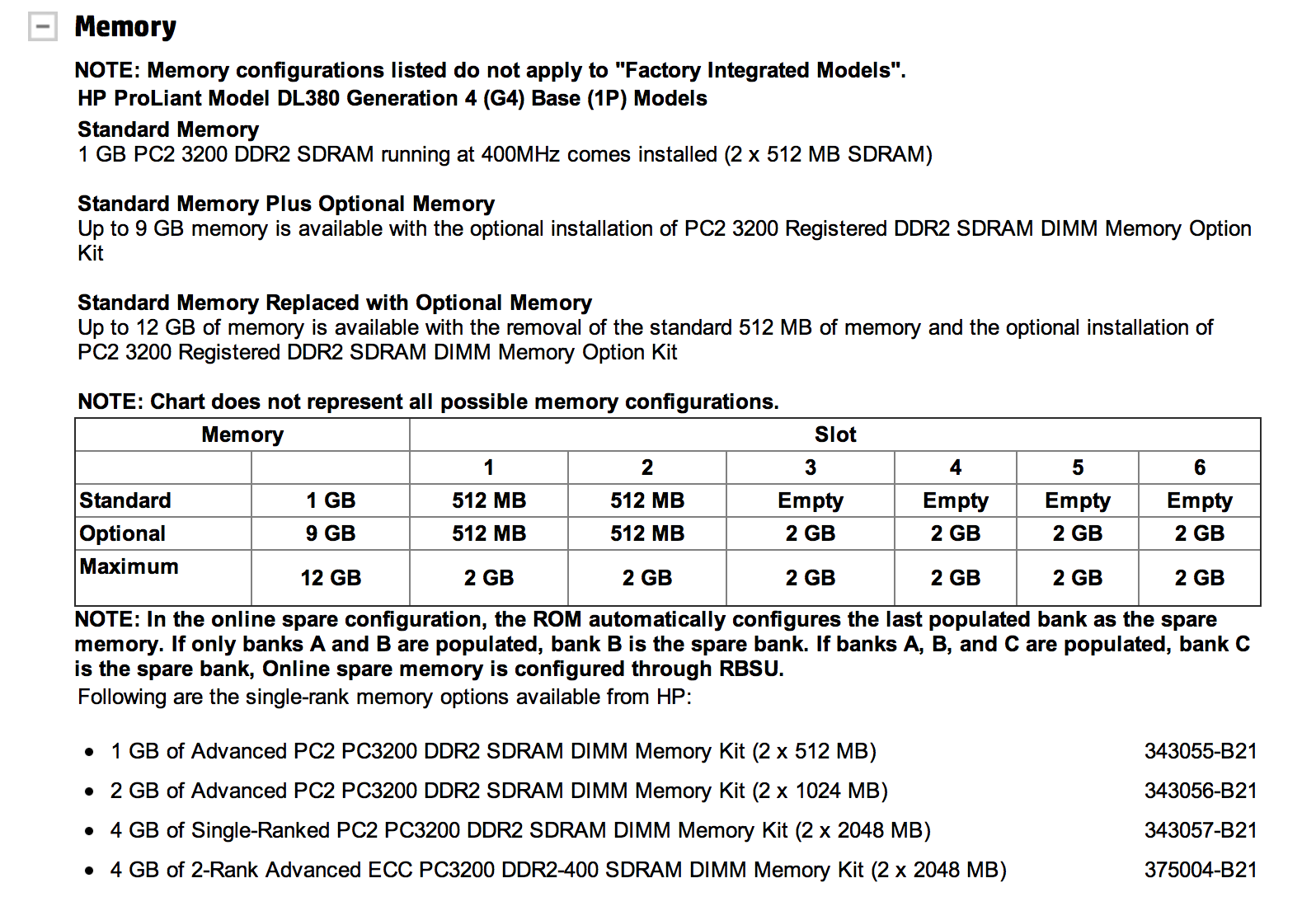 Not the answer you're looking for? Browse other questions tagged memory hp hp-proliant or ask your own question.

0
Can I put 'registered' memory into an IBM HS21?
3
Server Memory - Brand names or other magic cost components
9
HP Proliant DL380 G4 - Can this server still perform in 2011?
1
Memory for DL360 G5 (PC2-5300)
1
What and how to check when determining if a memory stick will be compatible with a particular server?
2
Ubuntu 12.04 - HP ProLiant DL380 G4 - Load Maxes Out / Unresponsive
1
HP Proliant DL320 G5 Memory Registered or Unregistered?
3
Determining Correct Memory For ProLiant ML115
1
Advice on DL380 G5 RAM, and why the DIMMS I have aren't supported
2
RAM compatibility for the HP Proliant DL320e Gen8 v2