In an effort to circumvent compatibility and cost barriers to using SSD drives with newer HP ProLiant Gen8 servers, I'm working to validate PCIe-based SSDs on the platform. I've been experimenting with an interesting product from Other World Computing called the Accelsior E2. 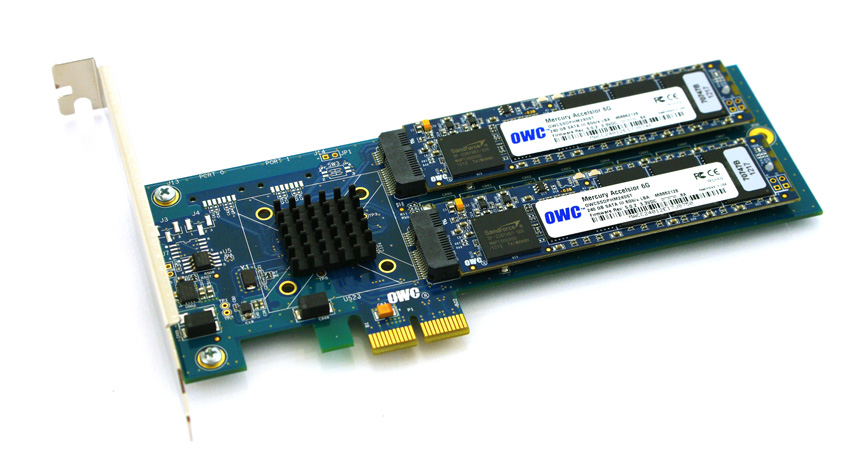 This is a basic design; a PCIe card with a Marvell 6Gbps SATA RAID controller and two SSD "blades" connected to the card. These can be passed-through to the OS for software RAID (ZFS, for instance) or leveraged as a hardware RAID0 stripe or RAID1 mirrored pair. Nifty. It's really just compacting a controller and disks into a really small form-factor.

I started testing the performance of this card on a booted system and discovered that read/write speeds where throttled to ~410 MB/s, regardless of server/slot/BIOS configuration. The servers in use were HP ProLiant G6, G7 and Gen8 (Nehalem, Westmere and Sandy Bridge) systems with x4 and x8 PCIe slots. Looking at the card's BIOS showed that the device negotiated: PCIe 2.0 5.0Gbps x1 - So it's only using one PCIe lane instead of two, thus only half the advertised bandwidth is available.

Is there any way to force a PCIe device to run at a different speed?

My research shows that PCIe x2 is a bit of an oddball lane width... The PCI Express standard apparently does not require compatibility with x2 lane widths, so my guess is that the controllers on my servers are falling back to x1... Do I have any recourse?

Abbreviated lspci -vvv output. Note the difference between the LnkSta and LnkCap lines.

That's the official answer from OWS, now another answer if it is possible to force hp controller to up it to x2 width, that will require some more research. -) 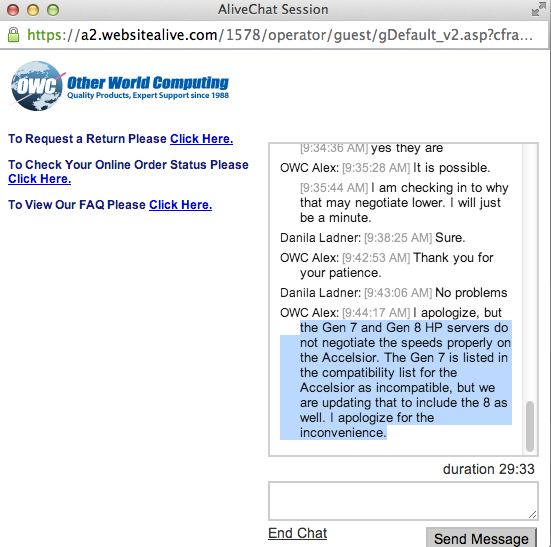 I tried this again on a slightly different HP platform, the 2U HP ProLiant DL380p Gen8 versus the 1U DL360p Gen8. I received the proper results using this combination of hardware.

Current Gen8 host firmware now allows the PCIe links to negotiate at the proper speeds, so these devices ARE compatible with ProLiant DL380p Gen8 servers.

It had a x4 connector which I'm guessing is only fully used when put into a PCIe v1 slot, so it seems that it's negotiating down to x2 when used in a PCIe v2 slot (since 5GT/s bidirectional is enough for 4×1GbE).

Could the same thing be happening with your card?

Not the answer you're looking for? Browse other questions tagged hardware hp hp-proliant ssd pci-express or ask your own question.