Some Hostname is not seen in DNS Manager ( Windows Server 2008 )

I am unable to understand, why some hostname are not dynamically registered in DNS Manager. For example -My windows7 which is added to corp.abc.com domain. Don't show in DNS manager.

I don't want to create this hostname statically on DNS manager. 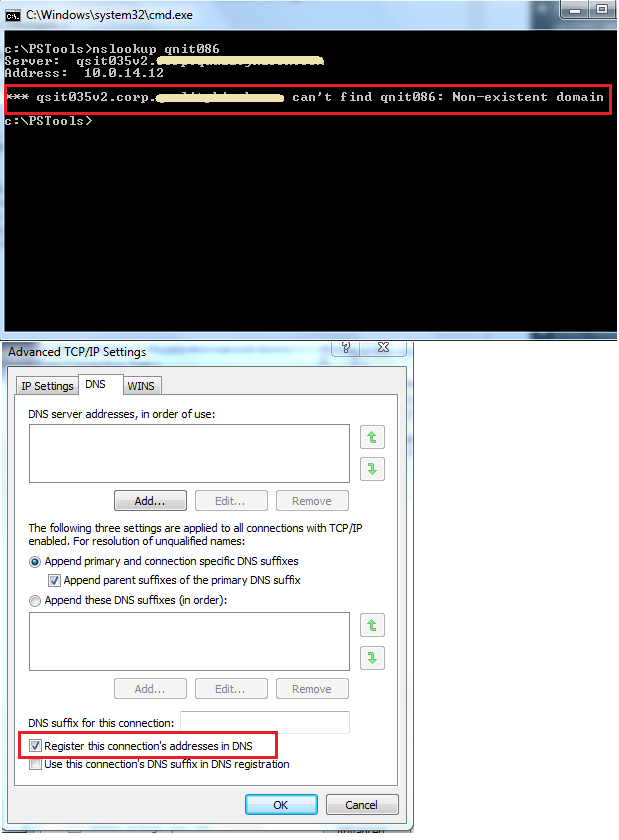 Kindly suggest, what should i do, to resolve this problem.

You should usually test these things with the FQDN, rather than just the hostname, to rule out suffix list problems on the testing computer.

That said, you need to make sure of a few things.

Normally only computers that are in the domain are allowed to update DNS records in it; check that it's properly domain-joined (a domain user can authenticate on it and access domain resources, and domain administrators have admin rights on it).

If that isn't it, you should ensure that the permissions on the DNS zone allow computer accounts to update it. If you've locked it down tightly, it's possible that the computer isn't being allowed to register itself because of policy.

Failing that, you should read microsoft's documentation regarding how this process worked (it's still largely the same as it was when the document was written): http://support.microsoft.com/kb/816592

Troubleshoot that process. Make sure that your workstation can actually talk to an authoritative DNS server for the zone, and preferably the one that comes up when you query the SOA record (to use nslookup for this issue type=SOA and then query the domain name).

Not the answer you're looking for? Browse other questions tagged domain-name-system active-directory internal-dns or ask your own question.