I have an HP ML350 G5 server with a single Intel 5130 dual core Xeon installed. Is it possible to upgrade it to a dual processor system? I've looked at the quickspecs and spent a couple of hours searching online but haven't been able to find a conclusive answer.

Is it as simple as purchasing, for example, two Xeon E5405's and a VRM, or are there caveats I need to watch out for?

Additionally, the quickspecs shows the 5130 supporting up to 16 GB of RAM, but quad core models support up to 32 GB. The Intel ARK for the 5000Z chipset says it supports a total of 16 GB of RAM (but it doesn't specify if it is per processor or not).

I disagree with the accepted answer. There were two system chipsets sold with this series of server. The initial G5 servers were introduced in late 2006 with the Intel 5000Z chipsets. Those supported the Intel 5100-series CPU you have now.

You probably won't be able to accept the CPUs and RAM you want in the system you have now.

The HP ProLiant G5-series of server were long-lived, coming out in 2006 and hitting end-of-life in 2009. That time period saw the Intel 5000, 5100, 5200, 5300 and 5400 processors. There was a revision to the product to support quad-core CPUs with the introduction of the the 5300-series processors. That accounts for the difference in CPU support and RAM capacity you see here.

The easiest way to determine your server's capability is through the system board part number (#15 in the diagram below) and the following replacement part numbers:

Are your optical drives IDE or are they SATA? That will conclusively tell you what you have. 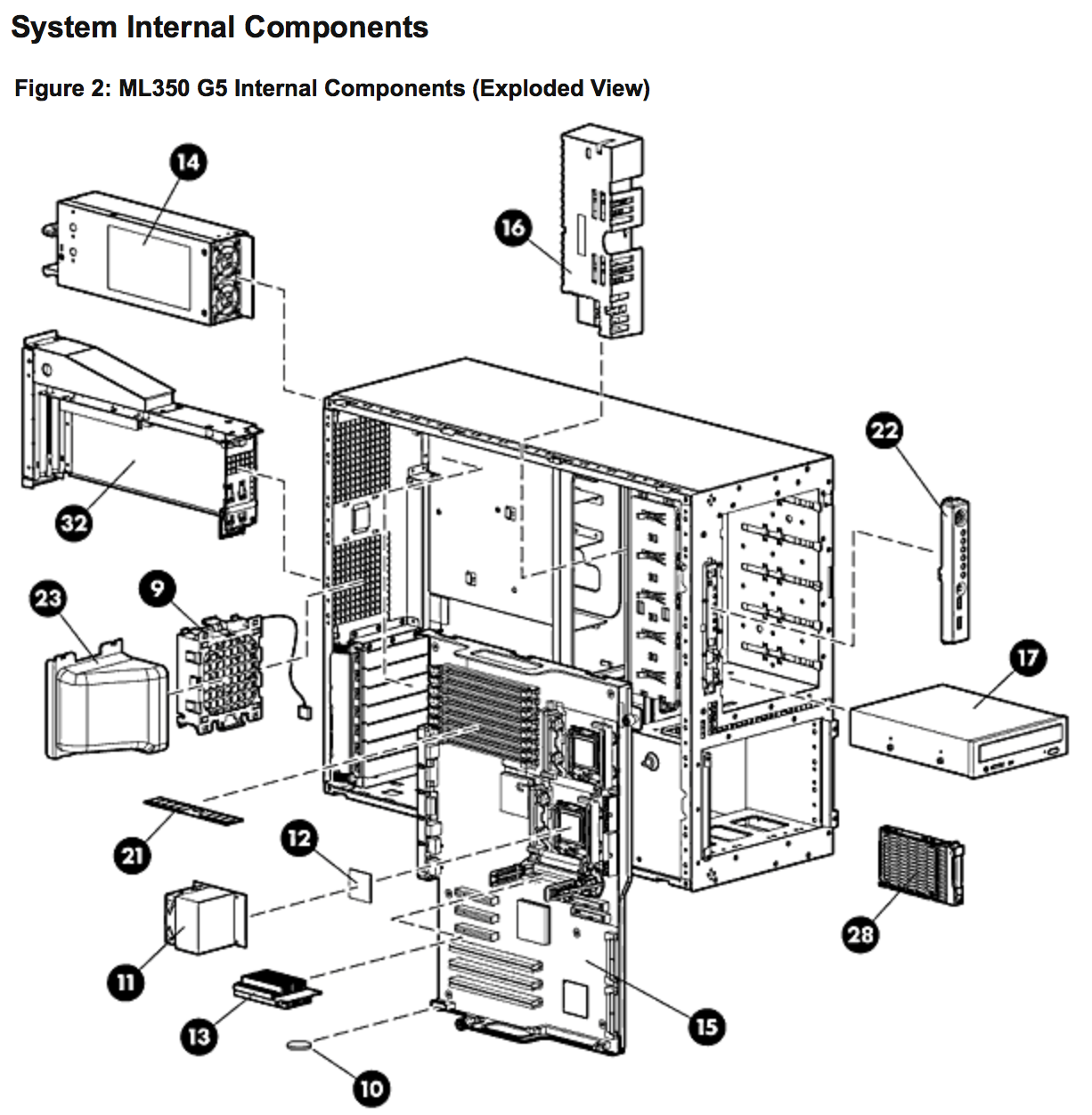 Despite all of the above, I think it's a bad idea to invest anything into this platform. You can buy a high-end model from this line for under $300US. You should be looking at Intel Nehalem 5500 (or HP ProLiant G6) and better servers these days...

Not the answer you're looking for? Browse other questions tagged memory hp central-processing-unit or ask your own question.