How can I pass kernel arguments via PXE to an Ubuntu-like OS installer ISO?

I'm in a tough situation in which I need to perform a remote installation of a QuantaStor (Ubuntu-based - hiss) appliance onto hardware with limited out-of-band access functionality.

The target system is an HP ProLiant DL180 G6 server, which has a fully-licensed Lights-Out LO100i remote KVM. This is a big step down from the ILO3 or ILO4 management processors. The challenge with this hardware is that the LO100i's virtual media functions are not reliable. As Java releases have progressed, this ILO has become less useful. Right now, I cannot get the system to boot via the remote media, even though this function worked well in the past.

So my next step was to attempt to PXE boot this server using the QuantaStor ISO image. Oddly, there are a number of conflicting accounts of how one can PXE boot an ISO image directly without chaining boot loaders, etc. After some experimentation, I found that I could boot an ISO using memdisk through the PXE server. I control the DNS and DHCP in this environment, so I went the standard route of modifying the /etc/dhcpd.conf configuration file to reflect:

For my PXE config, I set /tftpboot/pxelinux.cfg/default to:

Together, these features allowed me to get the system to begin booting the ISO. Unfortunately, the remote KVM's console produced the following garbled video output: 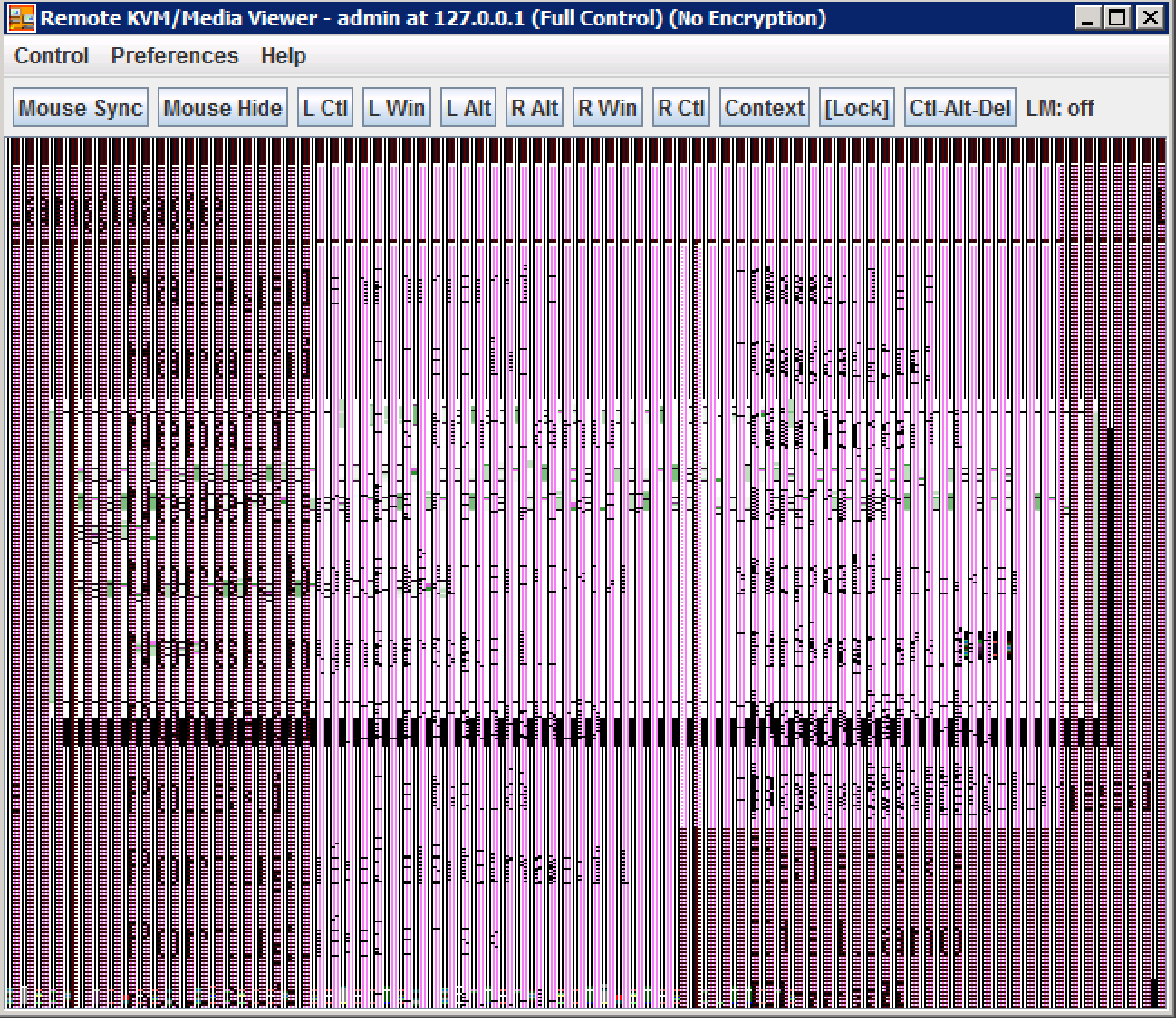 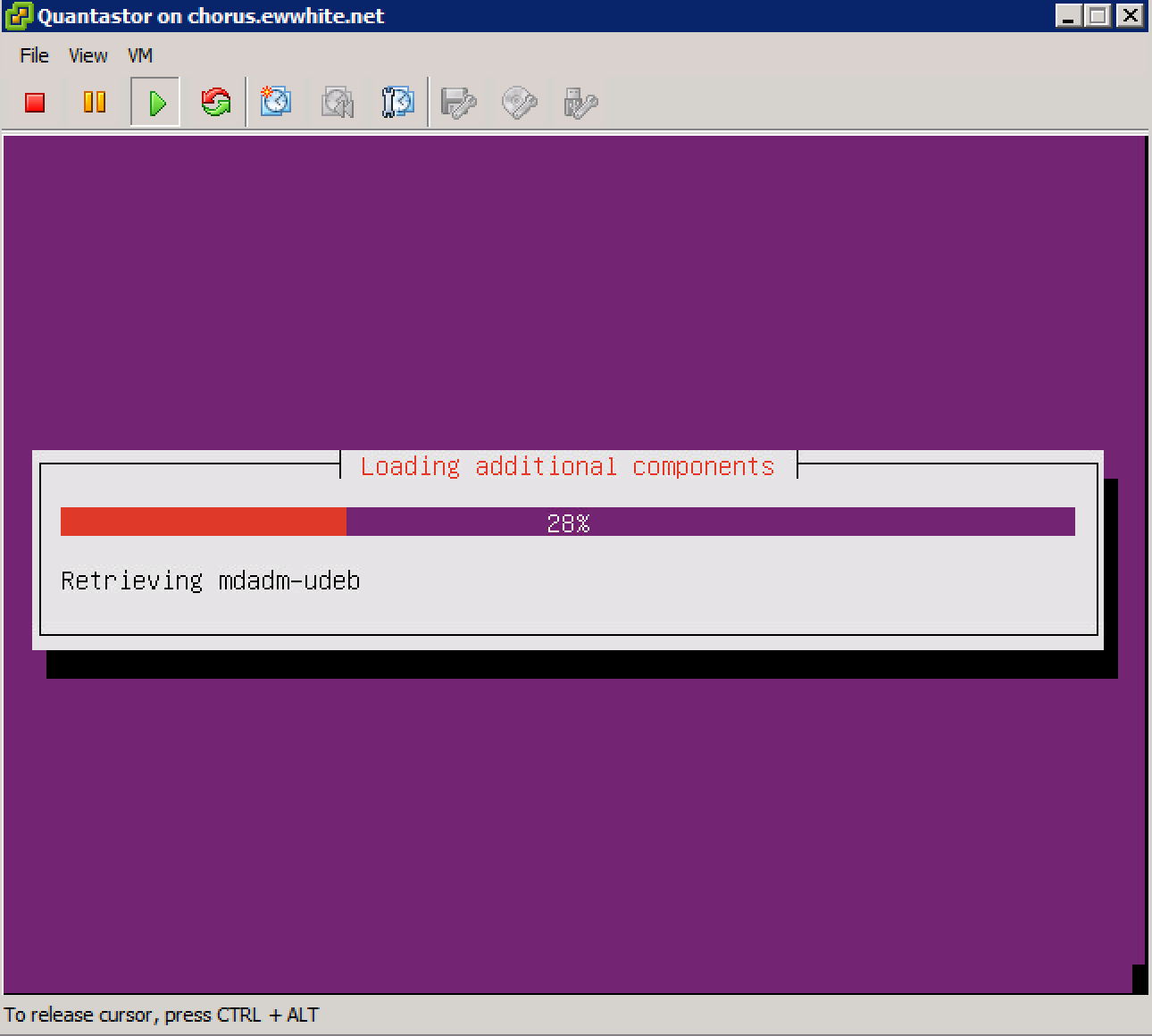 Several reboots and after some basic research, I discovered that the LO100 remote KVM shares this framebuffer symptom with some Supermicro IPMI boards. The workaround is to pass vga16fb.modeset=0 to the boot arguments. This is unique to Ubuntu (sigh).

How can I get this statement into the argument line of the PXE-booted ISO?

Where should I add the statement?

Attempts to do so in the "APPEND" line of the /tftpboot/pxelinux.cfg/default don't seem to help. The Ubuntu hints suggest adding the line by pressing F6 at the ISO boot screen. My remote KVM is garbled by that point, and I'm not able to add it manually.

I extracted the ISO and modified the isolinux.cfg file to change the installer's frame buffer support on the kernel APPEND line. The system boots and the installer appears to work... except I now receive an error about the CDROM. I'm assuming my PXE method is incorrect.

What is the proper way to use an ISO over PXE in this context? 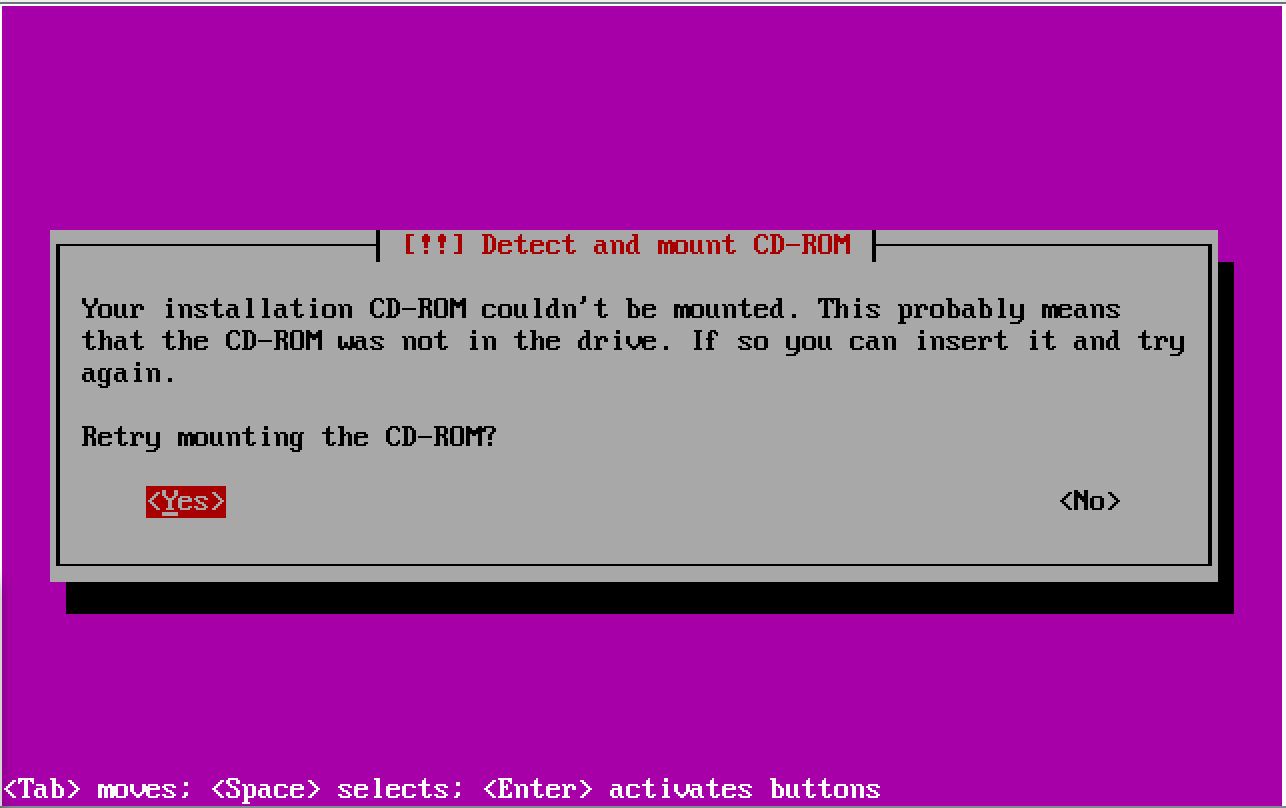 Altering the append with desired parameters definitely won't help from PXELINUX in this setup, as the boot disk has its own ISOLINUX handling the kernel boot.

Two ways to fix this.

The simpler option: extract the ISO, modify the isolinux/isolinux.cfg file's append line with the needed boot arguments, re-pack the ISO. Have PXELINUX chain to the modified ISO.

The more complex (but possibly better, as it removes the chaining) option: instead of using memdisk to boot into the ISO, directly boot in the same way that the ISO's ISOLINUX would be doing.

Edit: clearer steps for booting to the OS within the ISO:

This should get a successful install for the most part, but the commands that QuantaStor runs at the end of the install will fail since they're looking directly for /cdrom. From the quantastor.seed file:

Probably just run that stuff manually after the install completes the first time around (removing the /target stuff) - if it's working other that that, we can adapt these commands to put their stuff in place without depending on the CD being in the drive.

Hit Enter as soon as the (garbled) language selection appears, since it times out quickly.

Then tap F6, Esc, type in vga16fb.modeset=0 and press Enter.

You were probably missing the need to hit Esc right after F6.

Not the answer you're looking for? Browse other questions tagged ubuntu hp pxe-boot ipmi quantastor or ask your own question.

74
How should an IT department choose a standard Linux distribution?
4
HP dl170 g6 and LO100 (iLO) - Can't boot from virtual media