Why wont my Dell server use IBM ram?

I can't get the server to register the 4GB sticks. I know that my server supports sticks of this size, and I've tried putting them in the server paired (according to Dell documentation), unpaired, and mixed both kinds of RAM. When I put in only 4GB sticks there is no screen output, and the status display says "E2010 No Memory".

If I put in both 512MB and 4GB sticks, I do get BIOS output but the server refuses to pass POST, citing "The following dimm is not compatible with memory controller", followed by a list of the sockets with 4GB sticks in them. I've tried all possible permutations of RAMs and sockets, and I'm honestly stumped.

The only noticeable difference between the 512MB and the 4GB sticks are that the 4GB ones have an IBM part number on them, while the 512MB ones only have the hynix label. Does Dell servers not actually support IBM-labeled memory? Is my RAM broken?

Here's a picture of the two different sticks side by side: 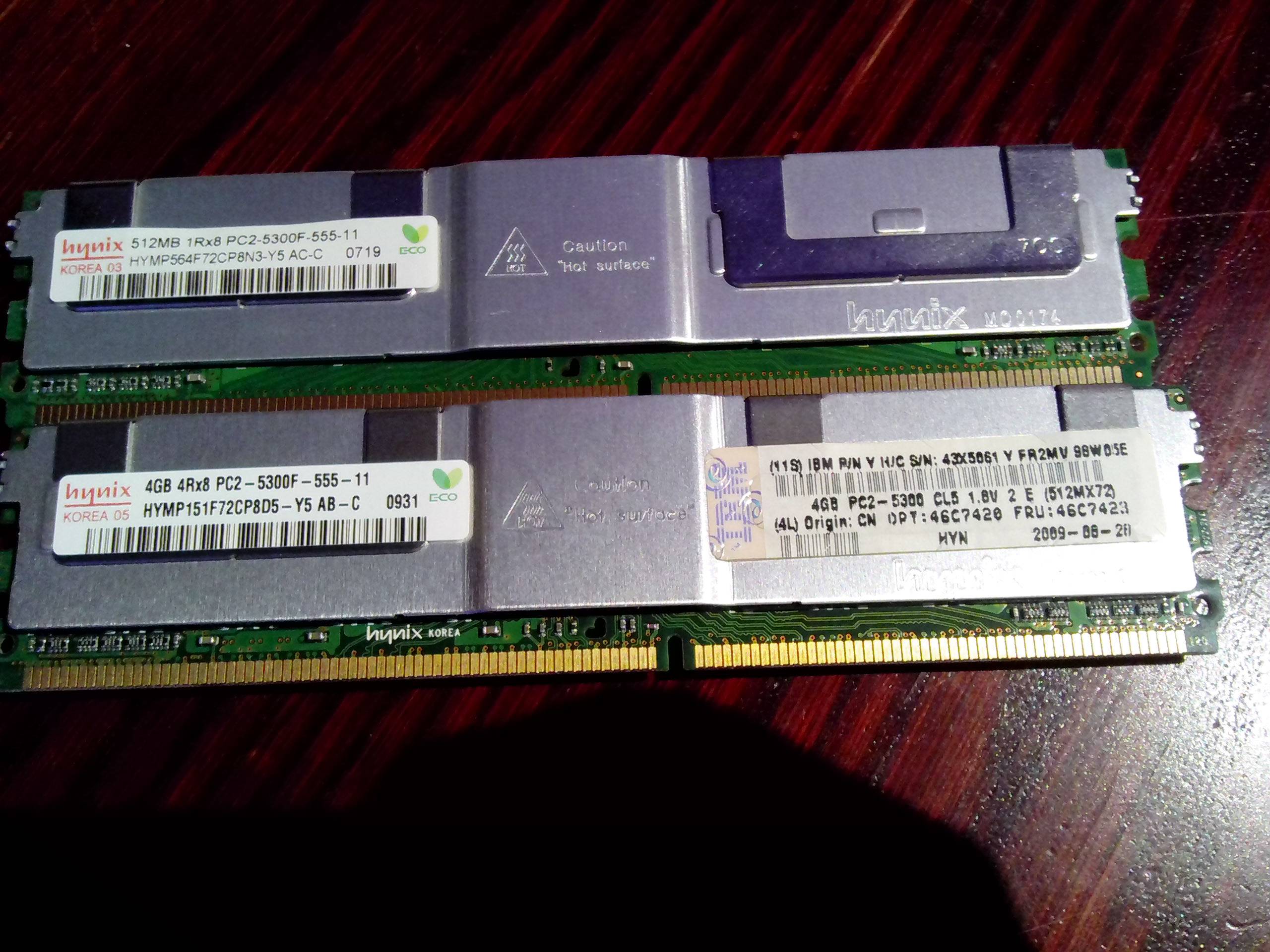 I think what you're running into is a ranking issue - the 512MB sticks you picture are single-rank (1Rx8) where the 4GB ones are quad-ranked (4Rx8). Are you running a current BIOS on the 1950? I'm seeing docs that imply you need at least BIOS v2.3.1 to support quad-ranked DIMMs:

Not the answer you're looking for? Browse other questions tagged memory dell-poweredge ibm or ask your own question.

1
Advice on DL380 G5 RAM, and why the DIMMS I have aren't supported

1
What should the memory configuration be?
2
Is all PC2100 memory compatible?
3
Server Memory - Brand names or other magic cost components
3
Why won't a Dell PowerEdge R310 support 16GB RAM in a 4x 4GB RDIMM configuration?
1
What and how to check when determining if a memory stick will be compatible with a particular server?
1
I shouldn't use both RDIMMs and LR-DIMMs on the same motherboard, right?
1
Advice on DL380 G5 RAM, and why the DIMMS I have aren't supported