HP SL250s will not boot from the network, does not appear to DHCP

I have an HP Proliant SL250s Gen8 (right-hand) server which is apparently not able to boot from the network. If I configure the system to PXE boot in the BIOS, or if I hit F12, it does start up the Intel boot agent (for netboot) and claims to be attempting to DHCP. However, the system does not boot. In addition, running tcpdump -i eth0 -s 1500 port bootps or port bootpc on the PXE server during boot does not show any DHCP requests from the server MAC address.

I have confirmed that a second server, using the same switch port and cable, is capable of booting using my PXE server. When booting the second server, the above tcpdump command successfully captures the DHCP request.

I haven't worked with HP servers much before. Is there a "make it boot" button in the BIOS somewhere that I've missed? ;-)

Hitting the F12 key when prompted is the proper way to force a network boot on ProLiant servers.

Is this a completely new installation, or are you repurposing an older server? There are some BIOS switches that could alter the server's behavior from what you'd expect. Clearing the BIOS and NVRAM and resetting the system to default may be a reasonable option.

But first, please make sure you're using the correct NIC port on the front of the server node. You should be using the port denoted #9 in the image below. 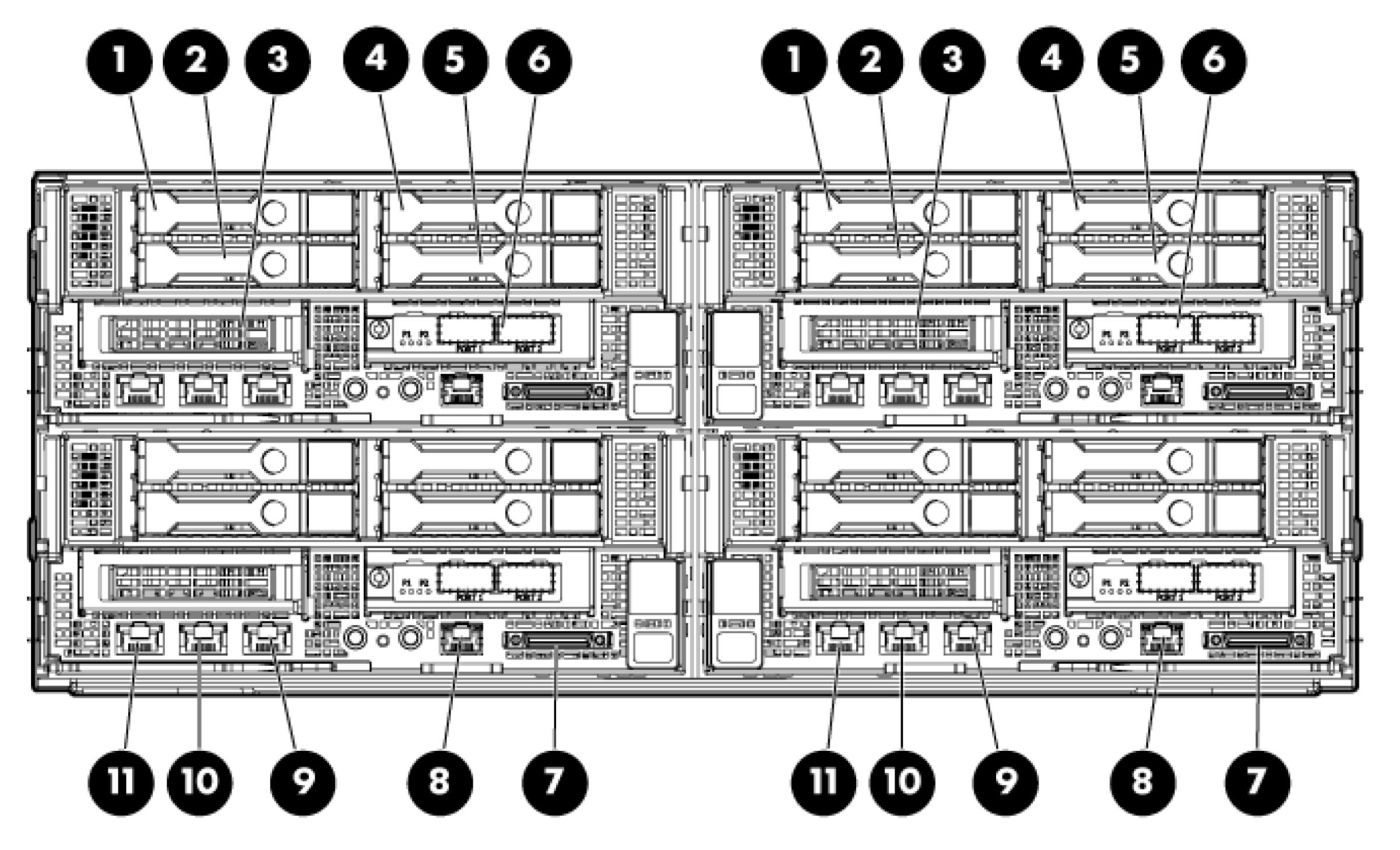 The port speed setting in the system boot agent for PXE booting may not be set to AutoNeg with the switch port configuration (e.g. nic port speed in boot agent set to 100 / F while the switch is configured for 1000 / F). Mismatch speed, as you know, is the bane for network connectivity. To check:

Not the answer you're looking for? Browse other questions tagged hardware hp hp-proliant pxe-boot or ask your own question.