I am trying to setup a HyperV internal switch for the guest OS on a Windows Server 2012 host. After creating the new Internal Switch through Virtual Switch Manager, I can see the virtual adapter under Network Connections. But, it is listed as an "Unidentified Network".

The host system has only one plugged in NIC which has been configured with static IPs. The idea is to share the internet with the internal switch through Internet Connection Sharing.

I was able to do the same on another box with Windows Server 2012 without any issues.

Notice how the Internal switch appears under the networks in case 1 but not in case 2. Server #2 has the active directory role added but I don't think it can (lack of it) be the cause. 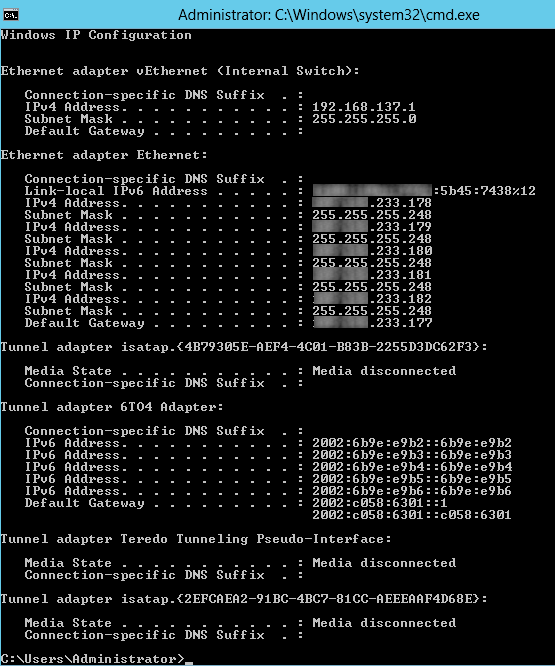 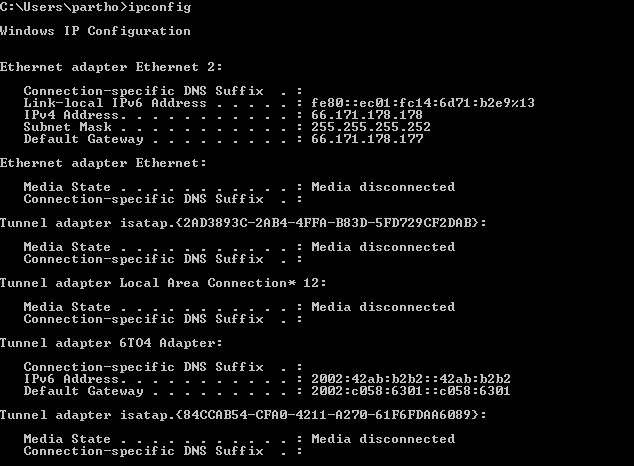 The reason your virtual adapter is listed as an unidentified network is because it does not have an IPv4 default gateway assigned. Get that specified in Network Connections and you'll be on your way.

Not the answer you're looking for? Browse other questions tagged networking hyper-v or ask your own question.