Why does xcopy fail when there is obviously enough space?

I have a 2TB hard drive "D" containing 732GB of data on a 2TB NTFS partition that I want to copy (absolutely everything on the drive) to another drive "F" with 981GB of space (its freshly formatted (NTFS)).

I made sure no processes were writing to disk D or F. Only a backup process was running (backblaze) and I assume it only does read operations so it should be no problem.

I started the copying through an administrator elevated command prompt:

Then after about 20 hours, the command failed saying "insufficient space". I checked in explorer and disk F is indeed 100% full. Disk D didnt grow or anything, still only 732GB in use.

I'm clueless here. Why is the data suddenly larger? Should I try using a live cd such as clonezilla?

(Side question: can I speed this process up somehow?)

Based on suggestions I've tried the following:

I excluded .bzvol (which is only 82 KB) because it confuses backblaze if I don't!

I checked and drive D is not set to "Compress this drive to save disk space".

Drive D is encrypted by TrueCrypt 7.1a. It's mounted currently while I'm copying. But that shouldn't be a factor here, I think.

Based on new feedback, I've gathered some statistics on the two partitions. Charl's was right on the money. Cluster size was significantly larger on the target disk. I'm wondering which of the two is the "correct" (better) setting of the two, but for the copying to succeed I won't have much of a choice anyhow. Thanks for the help everyone. 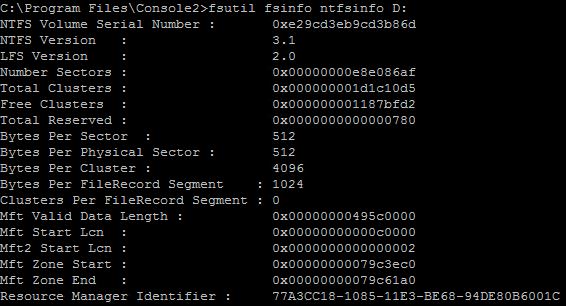 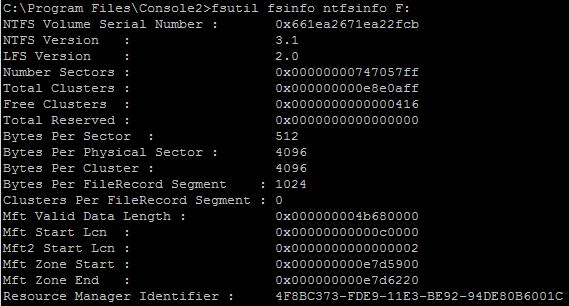 What is the cluster size (allocation unit size) on your source volume D (actually on the filesystem inside your TrueCrypt container) and on your target volume F?

One hypothesis for the drive filling up, is that volume F has a larger cluster size, and volume D has many small files. This would mean that the same data could take up significantly more space on destination volume F than on source volume D.

Not the answer you're looking for? Browse other questions tagged copy clone xcopy or ask your own question.

2
Slow file copy to Windows 2008 R1 file share
85
How to let 'cp' command don't fire an error when source file does not exist?
0
Why do users get an HTTP 404 error when attempting to clone a Mercurial repository over HTTP?
4
Why does the .NET Folder.CopyHere Method not allow dialog suppression for .ZIP files when run within a SQL Server Agent PowerShell job step?
2
How to clone a failing Server 2008 R2 hard drive before it's too late
4
Why does a CP command on linux consume CPU?
2
Why is Xcopy ignoring /i flag?
3
Can I effectively clone my hard drive by using mirrored partitions in Win Server 2008?