How to kill a running scheduled task?

I have scheduled a task on Windows Server 2008 R2 Task Scheduler that kicks off a python script. However, when the task is running, I don't see the process spawned in the Task Manager and therefore am unable to kill the task.

I know the task was running because it was producing the output files and the output files were locked but there was no related process in the Task Manager! How can I kill a running Task Scheduler task? Thanks!

Go into Task Scheduler (taskschd.msc). While there, there's a button on the right menu for Display All Running Tasks. I think this is what you want.

While you're there, you should turn on Enable All Tasks History, so you could track something like this better in the future. 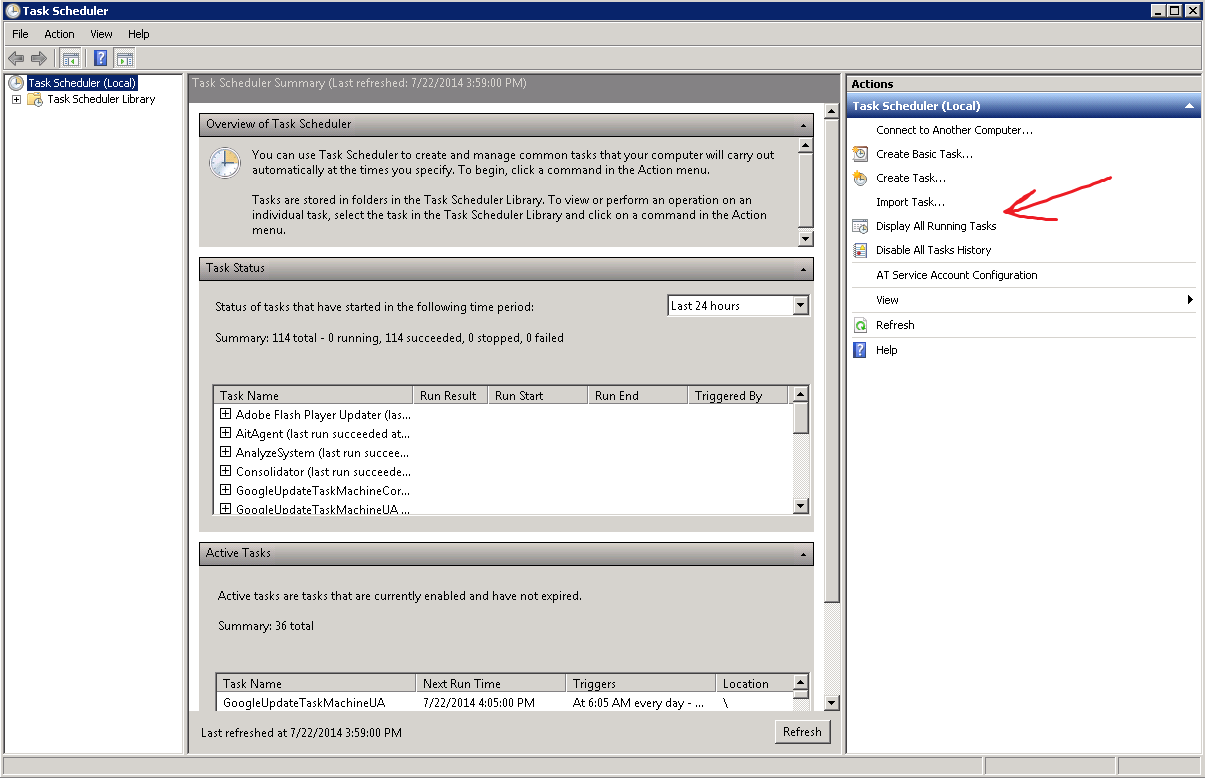 Not the answer you're looking for? Browse other questions tagged windows-server-2008-r2 scheduled-task task-scheduler or ask your own question.