Windows 7 image should fit on USB flash drive, but imagex says “There is not enough space on the disk.”

Using this Microsoft Technet guide I'm trying to capture my windows 7 image for future workstations and have an issue that I don't understand. When booted into Windows PE after prepping the image as described in the guide, the process stops and says I don't have enough space on the flash drive. When I check HDD on my reference computer using "dir" it says 444 gb free on 500 gb HDD. On my flash drive, including the files necessary to boot the computer and capture the image, I'm still over 63 gb free according to "dir".

The size of the windows install on the drive is less than 56 gb yet there is not enough space for it on my flash drive. Flash drive is formatted NTFS but is otherwise created according to the instructions in the guide.

What is using up the extra space? Have I made some other error? How much space do I really need to plan on having? Is there an easier way to do this without using removable media?

Sorry, no way to screenshot in Windows PE, but here are some images for evidence: 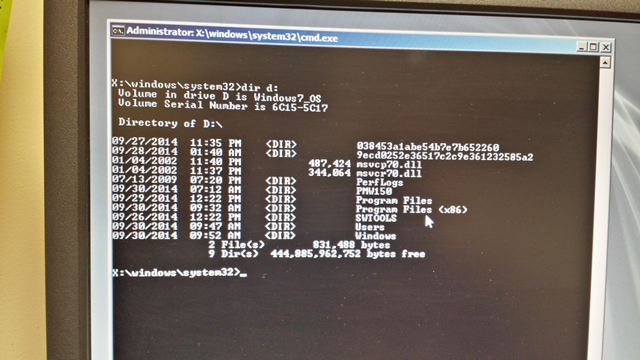 Space on flash drive used to boot and capture windows: 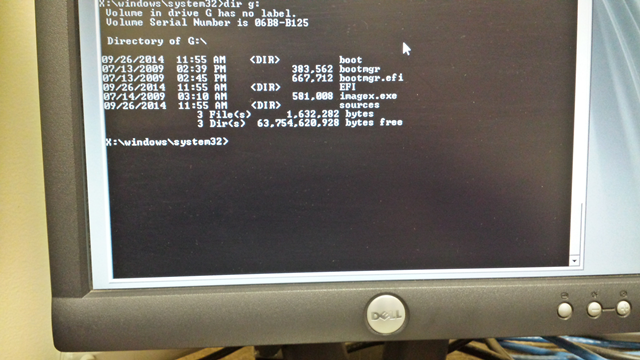 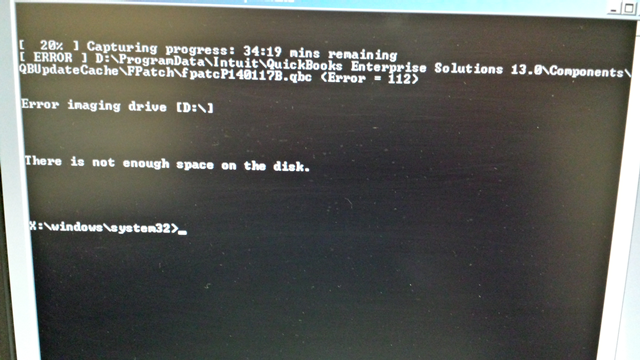 Try to reformat the UFD as NTFS again and retry.

If you still get the error, try to create the .wim file on D: itself instead of the UFD drive.

Then copy the .wim to the UFD.

Not the answer you're looking for? Browse other questions tagged windows windows-7 or ask your own question.