After 30 minutes of uptime using Ubuntu 14.04 with an ext4 hybrid SSD I see many processes blocking IO using iotop.

The root cause of this slowdown has been traced back to the Unix system call sync.

Running sync from the terminal repeatedly can take on the order of 1 - 2 seconds but ONLY after 30 minutes uptime.

To prove this I made a script that outputs uptime in seconds against time taken to execute sync, and ran it every second :

I ran the above script, waited around an hour (system was left idle) and plotted the results in gnuplot (y = time in seconds to execute sync, x = uptime in seconds): 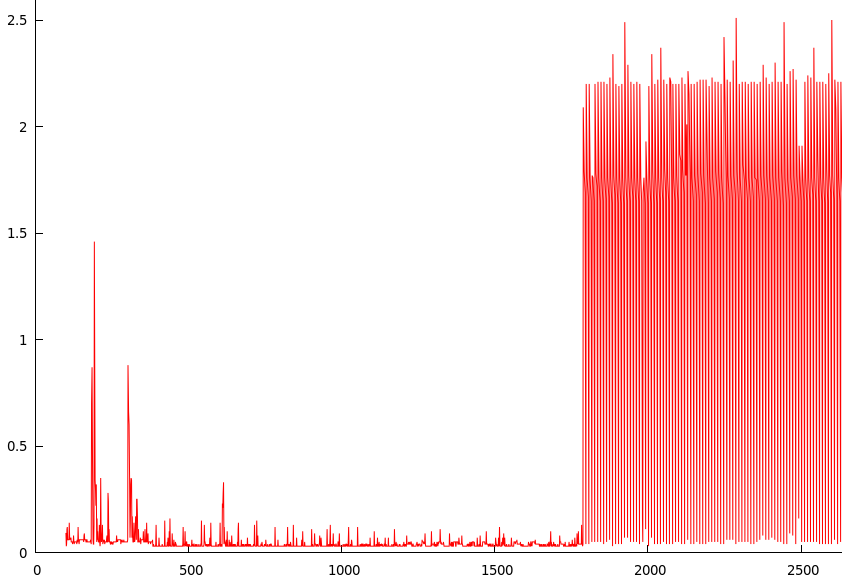 Nothing should be writing to the disk at this time apart from the script, so there should be next to nothing in the page cache after the first sync each subsequent sync will be writing exactly what's being written to the script which will be roughly 100 bytes or so.

When I check cat /proc/meminfo the dirty row (data in the page cache that needs to be saved to disk?) and the writeback row (HD disk buffer?) are all at zero. My thought was that calling sync flushes these disk caches but it still freezes even when there's nothing in those caches so does it do something else?

Another curiosity is that when I examined the above graph and zoomed in on an area where the slowdown is occurring I got this: 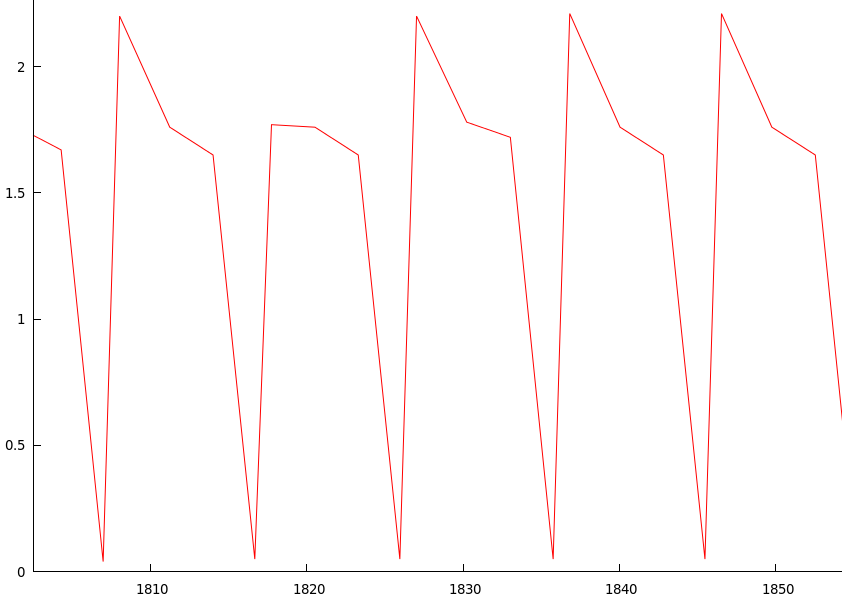 The peaks and troughs repeat - this occurs at intervals of 10 seconds from trough to trough.

and during the slowdown:

Showing that actual disk reads aren't being effected but cached reads are, could that mean that this is to do with the system bus and not the HD after all?

This only started occurring about 2 weeks ago, nothing was installed and no updates were done around that time. I'm thinking this issue is much lower level so would really appreciate some help here as I'm clueless, even pointing me in the right direction would be helpful.

Write caching is enabled on the disk in question, I've also tried disabling write barriers. SMART data on the HD indicates no problems with the HD itself however I have my suspicions it's the HD doing something mysterious as it persists after reboots.

This was caused by SMART data being enabled for the drive in question.

Interestingly re-enabling SMART data for the drive does not make the issue return which suggests to me that SMART was in an inconsistent state (possible crash whilst the self-tests were running?) and switching it off and then on again reset that state.

Presumably it kept rerunning some kind of internal self-test 30 minutes after the disk spun up and got into a loop; as this was at the hardware layer the rest of the computer was unaware of it going on hence I could see no process in particular responsible for IO blocking and no processes hogging resources.

I'd run the SMART self tests whilst trying to work out what was wrong but even that didn't reset the state - it had to be switched off and then on explicitly.

This indicates that there is a firmware bug in the SSD itself that appears after 30 minutes of being powered.