I need to enable Multiple VLANS against a single port on the Draytek 2830VN Router as I have Two Networks setup on the Ubiquiti Wireless Access Point;

Usually I do this with a PFSense Linux Machine and multiple NICS but this time around I thought I would use the Draytek to do all the work instead and take out the additional device requirement. 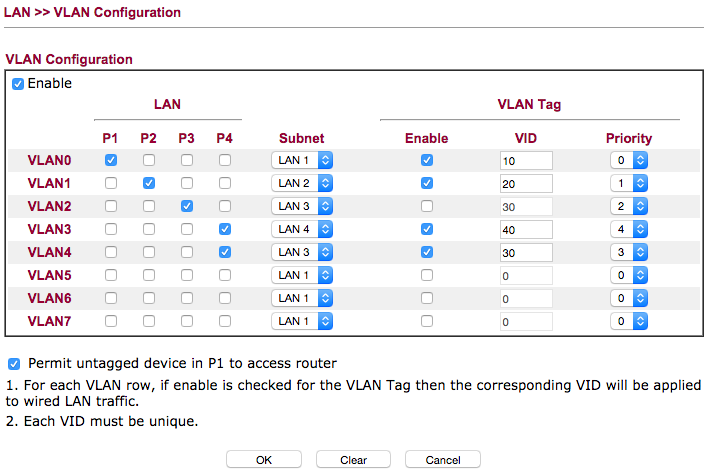 If I was to guess, I would say it has something to do with VLAN4 through 7 as there are only four physical lan ports in the router...

I have Managed to get the VLANS working on the Draytek as pictured above, however the Unifi Wireless Access Point is not obtaining an IP Address and I not dishing them out via DHCP. Flashing intermittently Green.

I have Managed to get the VLANS working on the Draytek as pictured above, however the Unifi Wireless Access Point is not obtaining an IP Address and I not dishing them out via DHCP. Flashing intermittently Green. I certainly works on the MAC with the VLAN TAG 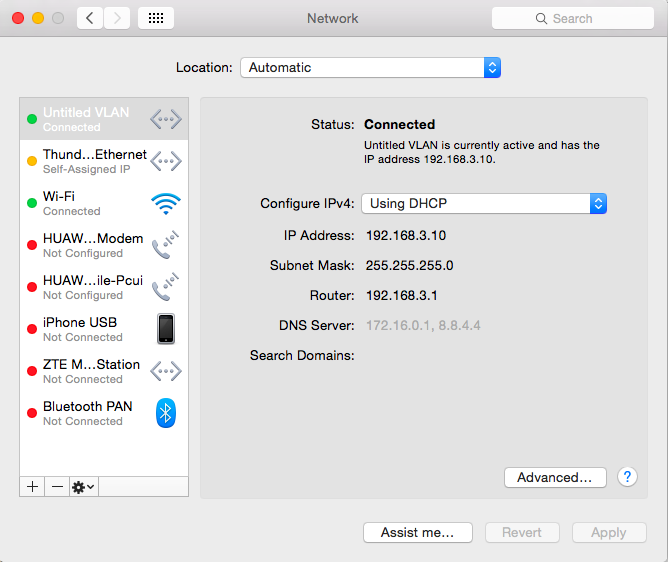 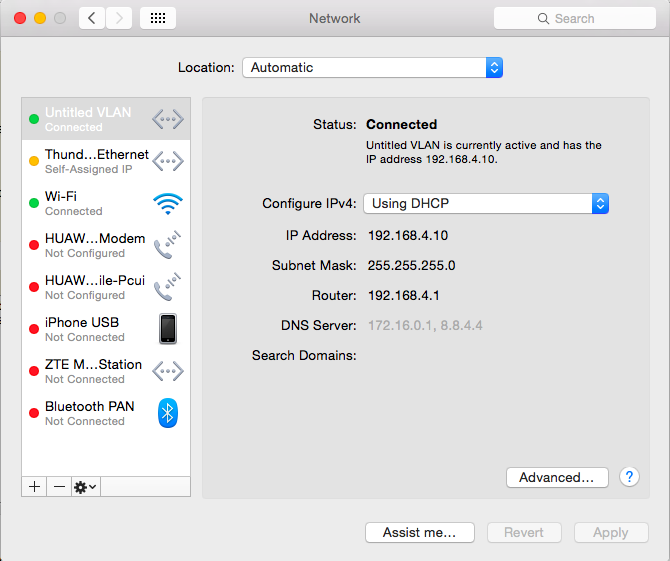 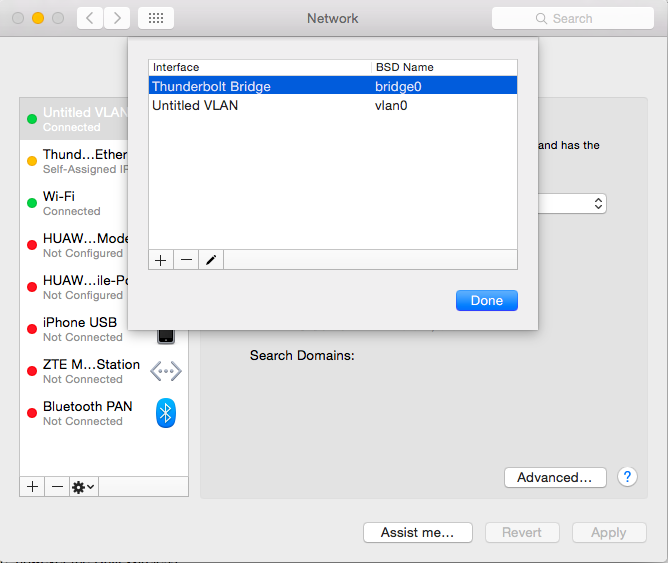 @Stuart I am working on similar project at the moment I am experiencing similar problems with the setup. Initially we used bonded DSL connection with Sharedband routers which despite ISP claims that 'there are no ports blocked', APs connected were not obtaining DHCP and failing to talk to controller. It was due to blocking TR-068 layer. We managed to solve this problem by changing NAT-ing - I purchased router/ L3 switch, added static IP (Draytek 2960) and from there I had full visibility of the network, protocols etc. This solved my problem with UniFi APs.

Not the answer you're looking for? Browse other questions tagged ip router vlan draytek or ask your own question.