Disk 0 is set too Offline and gives message 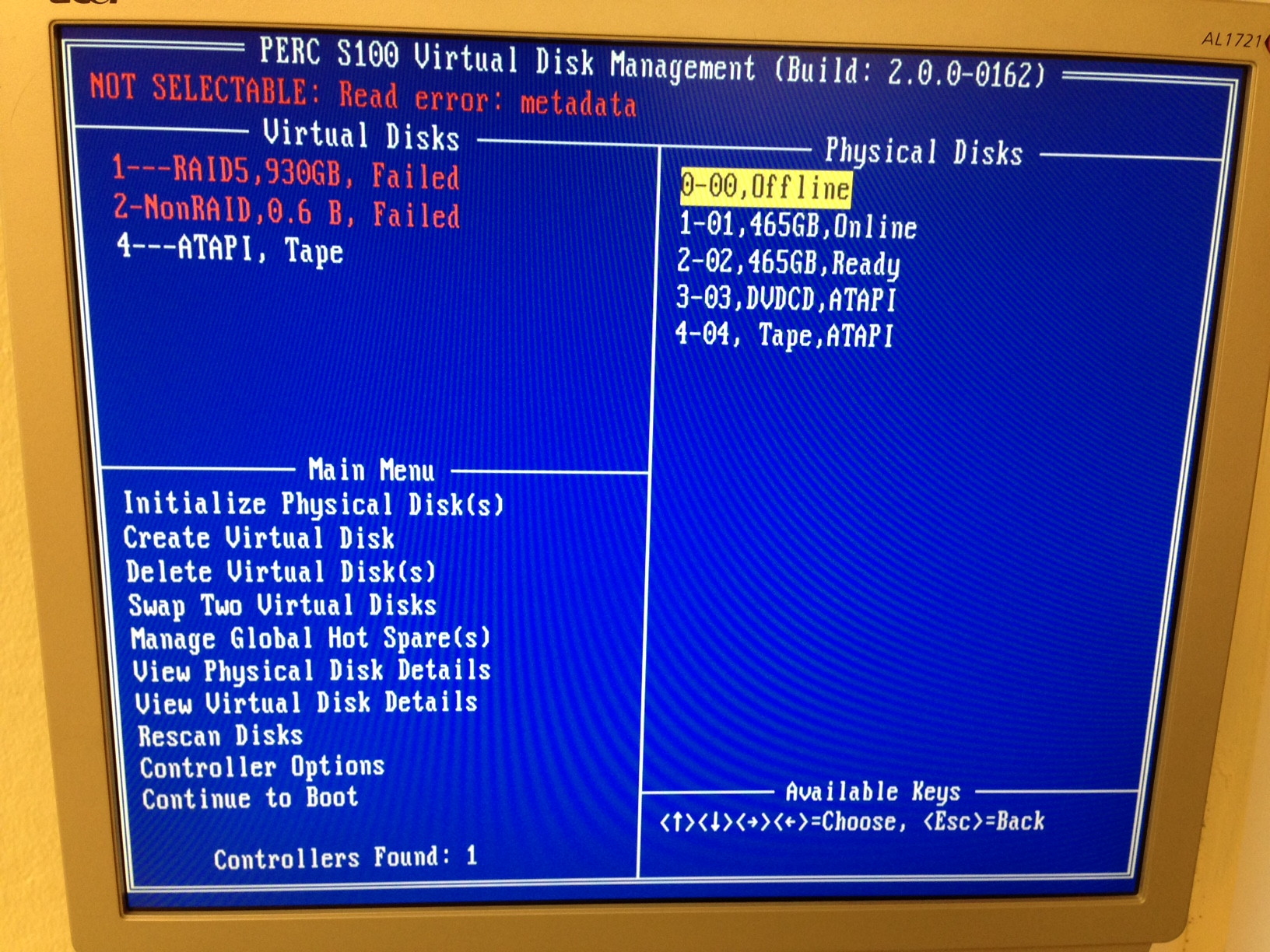 There is small sound coming from the disk when I try to rescan and in post bios, it sound like the read head is doing the same thing over and over. So looks and sound to me that the disk is fubar?

This is set up as RAID5 so I did think it should boot with only 1 disk gone. This is the first time i have been inside PERC S100 so im not sure why disk 1 says online and disk 2 says ready?

I don't understand why Disk 2 is in ready mode or even what ready mode is atm, but for a raid 5 930GB all 3 disk should be in the raid.

Have anyone and tips on how to proceed without doing more wrong then good here? 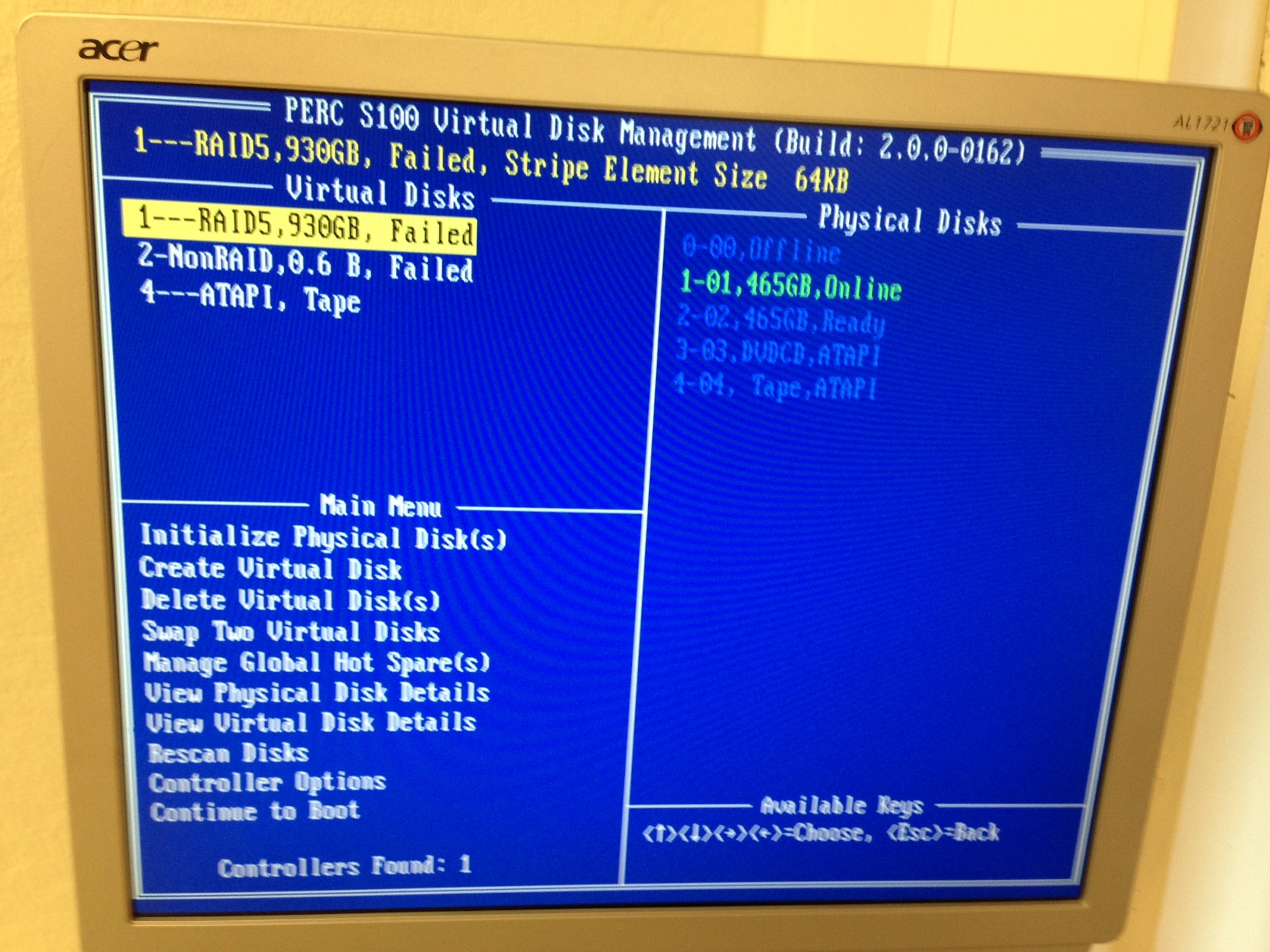 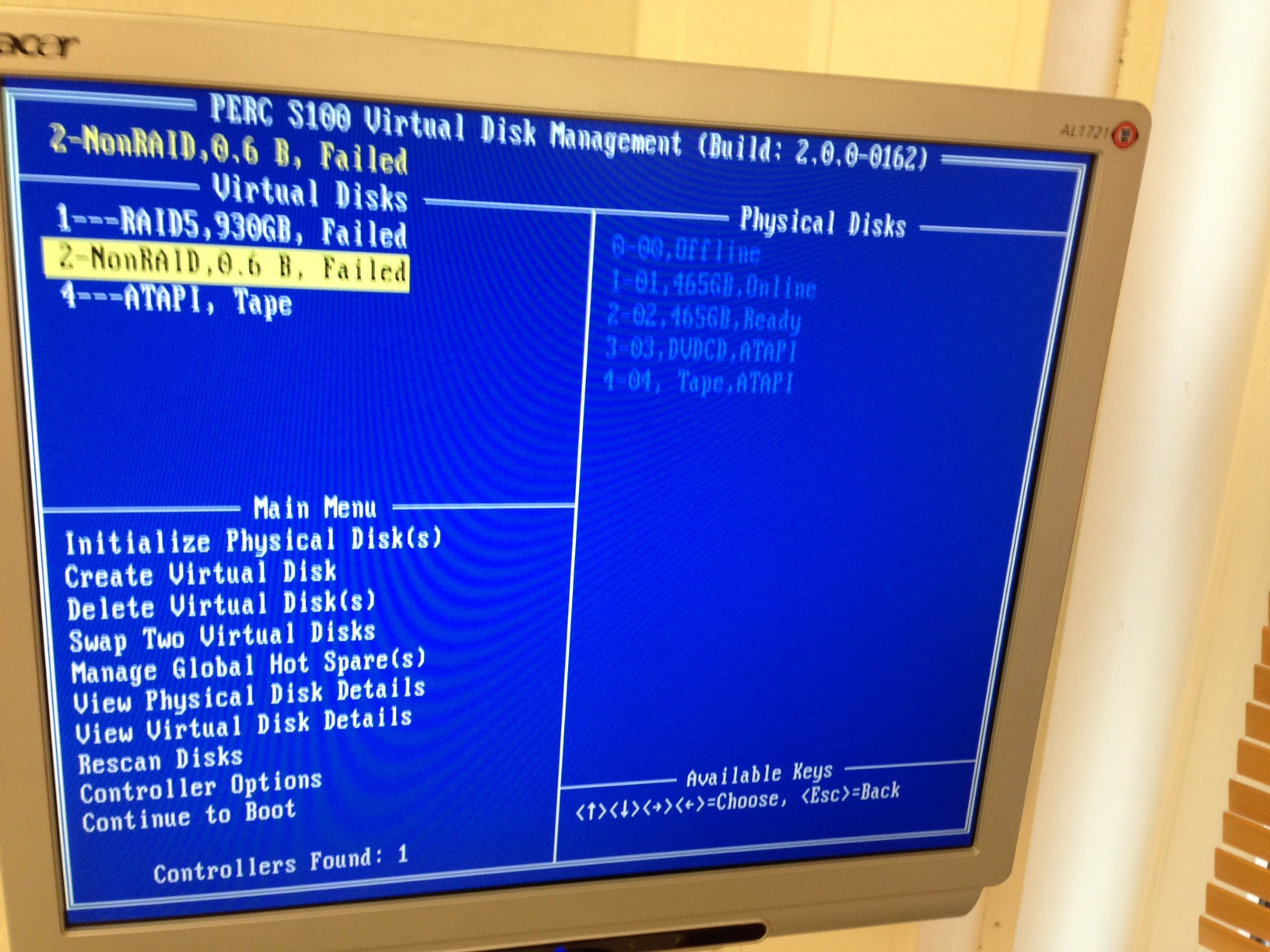 As far as the failed disk goes, the click of death is hard to recover from, for some issues swapping the logic board with an identical disk helps but the CoD is usually physical. A couple of times I have found HDDs to start working for a short period of time after plugging them in and unplugging them multiple times. I would do the logic board swap as a last resort if you do have an identical drive though.

I would recommend plugging the disk into another computer and see if it can read any SMART statistics that might point towards the cause of the failure.

Disk 2 is not part of the raid array. It looks as if it was possibly plugged in to replace a previously failed disk but not added to the RAID. If it did have data on it and was not part of the array it should show 'foreign' and could possibly be imported. I would plug disk 2 into another machine and try reading the raw data off the disks to see if there is anything on it without initialising it. You can do this with many partition suites and disk inspection tools. If it shows up blank...

I think it is likely if you cant get the failed disk back online you will not be able to recover your data. If you can get the disk online I would recommends copying any vital data off first, being as selective as possible as you never know how long you have left, then doing a backup if it runs for long enough before trying to repair the array (this is much more IO intensive and has a higher risk of the disk breaking before you can recover your data).

Worst case scenario, you can send the disks off to a specialist who will charge you a small fortune (£2000/$3000) to recover the data from the disks.

Not the answer you're looking for? Browse other questions tagged dell dell-poweredge raid5 dell-perc or ask your own question.