I have an Access Rule and a NAT rule that works fine with on the Security Appliance Software Version 8.0

The rule is as follows: 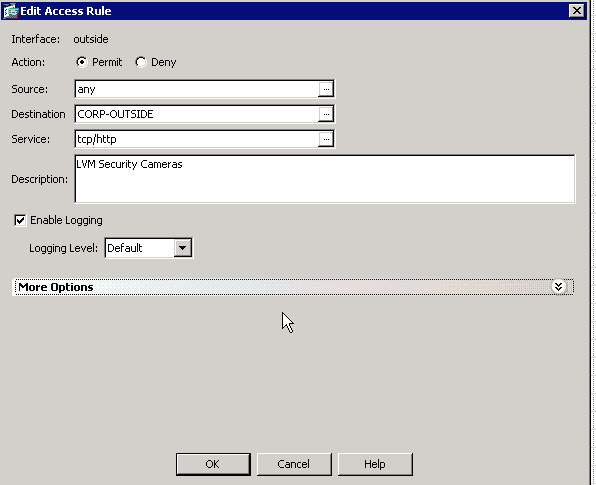 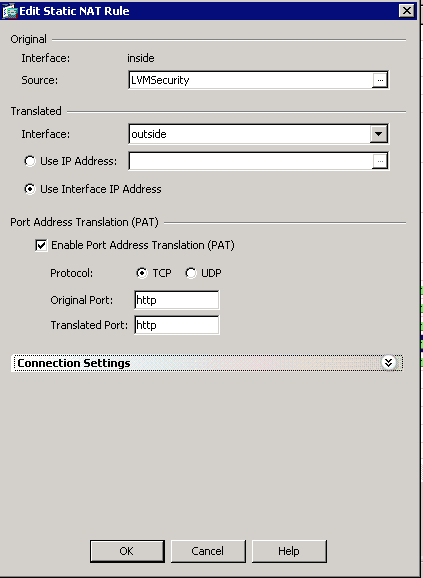 However, I am having trouble making the same rule work on an ASA running on the Security Appliance Software Version 8.4.

I know that the configuration has changed, I think I am just supposed to create a network object for ath-security and define my access and NAT rules at the same time, but I haven't configured anything on an ASA in years and got a little over my head.

I have it setup as follows: 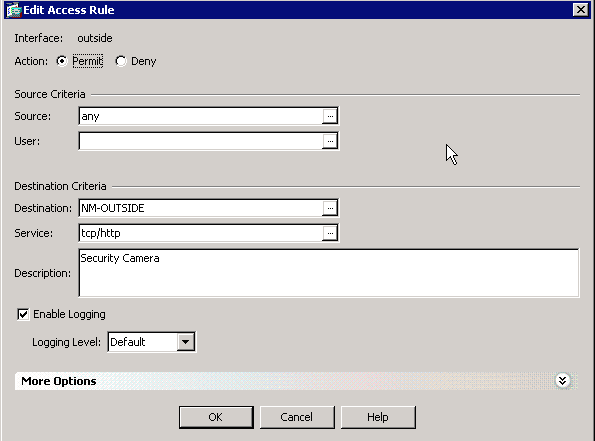 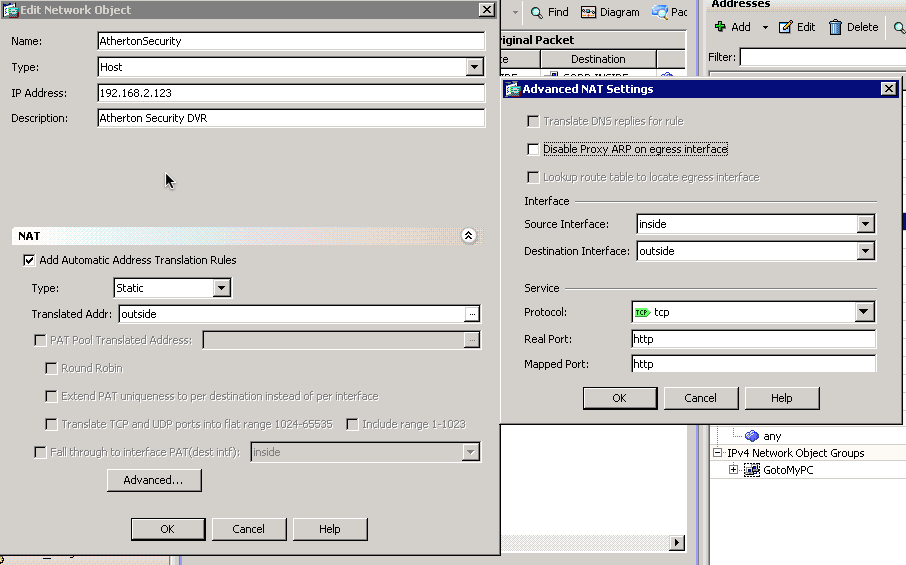 What am I doing wrong here?

show running-config returns the following on ASA with 8.0 software:

show running-config returns the following on the ASA with the 8.3 software:

Using the ASDM Packet Trace tool, I get the following error on the 8.3 ASA:

Figured this out, posting what I believe is the answer:

The problem was with the ACL within the Access Rules settings. It seems in the 8.3 software the Destination Criteria, Destination: should no longer be the 'outside interface' but the Network Object destination itself.

It seems Cisco switched the configuration from being what seems backwards, to the correct way?

Not the answer you're looking for? Browse other questions tagged nat cisco-asa or ask your own question.