I'm setting up a virtual machine running CentOS 7 in a vmware environment, using a vmxnet3 virtual network adapter, and have run into a rather frustrating problem: the interface stops transmitting intermittently, and will not transmit until it has been down/up'd, a la ifconfig eth0 down ifconfig eth0 up

I've tried installing vmware-tools by manually compiling from source, and that corrupted my initrd image, causing me to be unable to load the OS entirely. I've also tried installing open-vm-tools, with the same result.

Anyone have any ideas?

Upgrade your ESXi installation to a current release. This is one of the reasons it makes sense to keep vSphere and ESXi patched.

Once you update your ESXi, then upgrade the VMware tools or install the VMware OSP release of the tools package.

Also see: Can I use Puppet to find out what nodes do not have VMware tools installed? 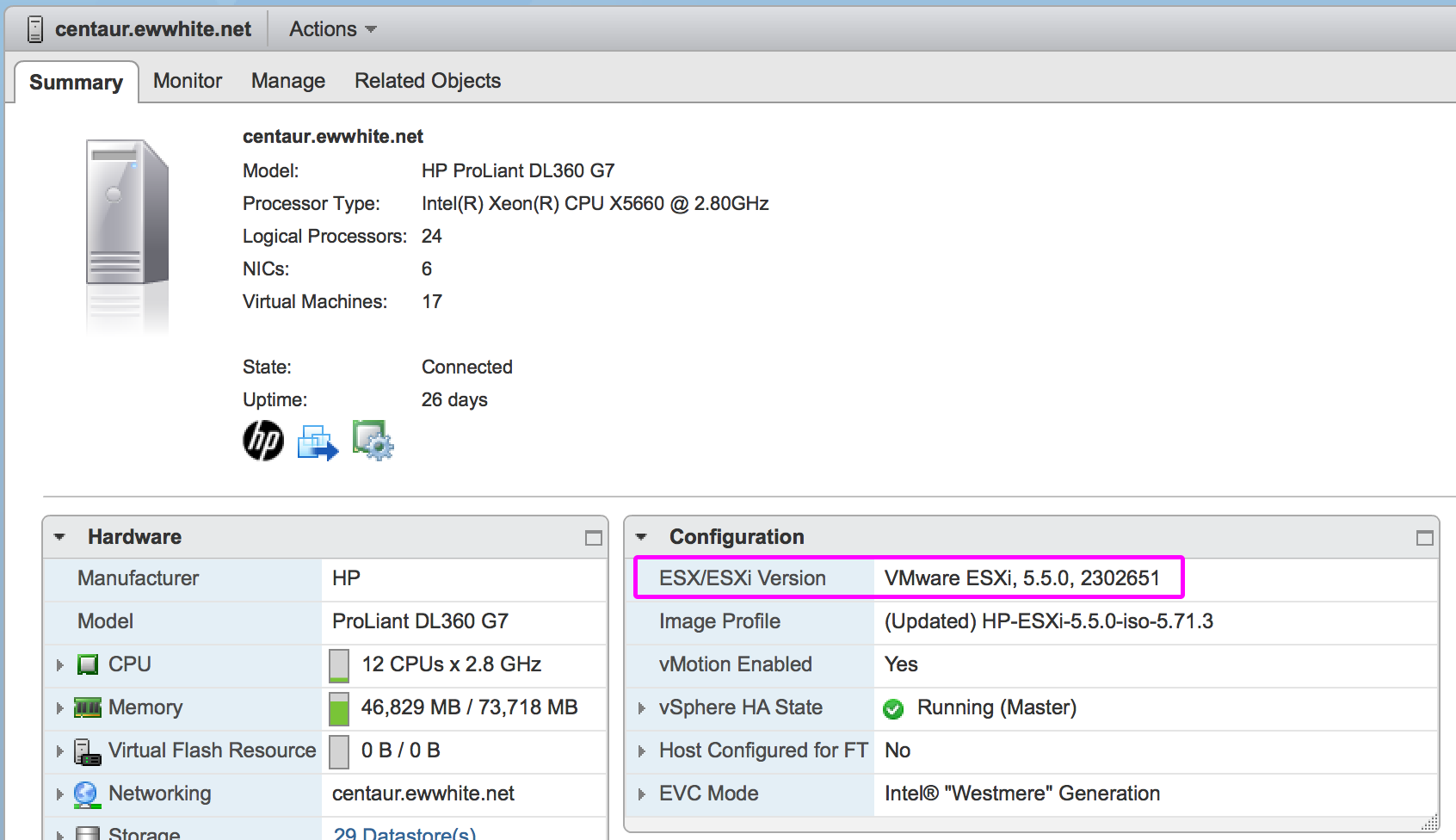 Not the answer you're looking for? Browse other questions tagged vmware-esxi virtual-machines centos7 or ask your own question.

2
Can I use Puppet to find out what nodes do not have VMware tools installed?