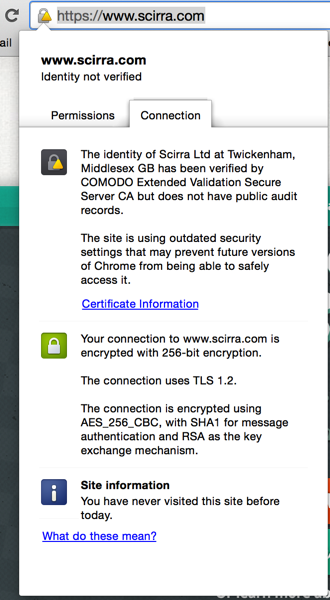 100
How do I clear Chrome's SSL cache?
3
Wildcard certificate causes warning on Google Chrome only
6
The certificate is not trusted because the issuer certificate is unknown. (Error code: sec_error_unknown_issuer) Firefox
364
Displaying a remote SSL certificate details using CLI tools
74
Generating a self-signed cert with openssl that works in Chrome 58
0
SSL doesn't work on Chrome but works on every other browser
1
How to force OpenSSL to use same certificate-chain validation algorithm used by Chrome Browser and SSL LABS